Man threatens Peacehaven supermarket staff with a gun this evening

A man threatened staff in a Peacehaven supermarket with a gun this evening (Sunday 4 December).

Sussex Police said: “At around 8.40pm police were called to Sainsbury’s supermarket in South Coast Road, Peacehaven, where a suspected shoplifter pulled out a handgun and threatened staff with it in order to get away.

“He fled on foot in the direction of Dorothy Avenue and police are currently searching the area to try to trace the man. No one was hurt.

“It is believed the man stole a quantity of alcohol. 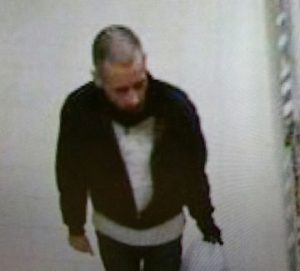 “He is described as white, 6ft, aged 40 to 50, of stocky build with a shaven head and possibly foreign.

“He was wearing a white top, black jacket, black scarf and blue jeans with green/brown trainers with white soles. He was carrying a white plastic bag.

“Anyone seeing the man or having other information is asked not to approach him but to telephone 999 and ask for police.”