Schools in Brighton and Hove face cuts in funding totalling more than £11 million over four years, according to the National Union of Teachers.

The NUT said that the biggest reductions affected schools in deprived areas and academy budgets most in Brighton and Hove over the four year period from the 2015-16 financial year to 2019-20.

It took the data from the School Cuts website www.schoolcuts.org.uk which is run by the NUT and other teaching unions. It relies on the funding figures from last year and predicted figures under the government’s proposed National Funding Formula (NFF).

The union said that the Brighton Aldridge Community Academy (BACA) would be the worst-affected school locally, with a £952 cut per pupil.

The King’s School can expect a cut of about £756, the NUT said, while Moulsecoomb Primary School was looking at £744 and City Academy Whitehawk £684 per pupil.

Aldridge Education, which runs BACA and PACA, said that the union had not consulted it or its schools to discuss the claims about cuts before issuing them publicly.

The education trust said: “The new national funding formula, if implemented, will make changes to the budgets of all schools.

“The NUT analysis is a simplified version of what will happen, isn’t based on information from our schools and doesn’t take into account growth in pupil numbers at both BACA and PACA following excellent Ofsted inspection reports.

“Whatever the budget, we are focused on continuing to improve results for our students.” 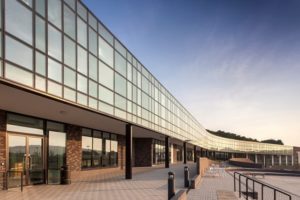 The NUT said: “Despite reassurances in the Conservative Party election manifesto that school budgets would be protected, this is clearly not the case.

“The NFF will simply redistribute existing money across the country while the government’s funding freeze and inflation and employer cost increases will cut the value of every school’s funding by almost 10 per cent.

“The NUT estimates that this combination of a new funding formula and cost increases means that 98 per cent of schools will be worse off in 2019-20. This is causing increasing concern among many Conservative MPs.

“The National Audit Office has warned that schools will need to save £3 billion by the end of this Parliament and that they are ill equipped to do this.

“The latest DfE figures show that 60 per cent of secondary schools are already in deficit.”

NUT divisional secretary Paul Shellard said: “Under this government’s funding policies, there are no winners, only losers.

“Brighton and Hove schools are being forced to make decisions that no head teacher should have to make including reducing school staff and teachers, increasing class sizes and reducing the range of subjects offered simply to balance the books.

“This is an unacceptable state of affairs The NUT and ATL will continue campaigning for additional funding, to protect schools and our children’s education.”