Police are hunting for a Brighton man who skipped bail and was convicted of assault in his absence.

Daniel Bowler, 29, of Haybourne Road, Whitehawk, had denied beating up a woman in Cranbourne Street, Brighton, in November when he appeared before Brighton magistrates days after the attack. 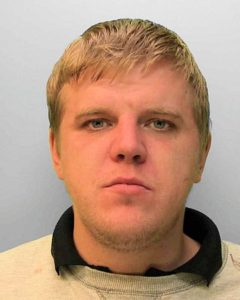 A trial date was fixed for Thursday 12 January but Bowler failed to answer bail so the case went ahead without him.

He was found guilty of the attack and the court issued a warrant for his arrest.

Sussex Police said yesterday (Friday 3 February): “Daniel Bowler is wanted by police after failing to turn up at Brighton Magistrates’ Court. He has links in Brighton and Hove and is thought to be in the city.

“Alternatively, you can contact the independent charity Crimestoppers anonymously on 0800 555111 (www.crimestoppers-uk.org).”