The Department for Transport (DfT) is paying £38 million to train company Govia Thameslink Railway (GTR) despite “disastrous outcomes” over the past year.

The payment is flagged up in a critical report by the House of Commons Transport Committee which spells out shortcomings in the official handling of railway franchises.

The cross-party committee of MPs said that the DfT had “failed to take responsibility for some of the failings in handling the Thameslink, Southern and Great Northern (TSGN) franchise”.

Louise Ellman, who chairs the committee, said: “The government has serious lessons to learn from the management of the TSGN franchise.

“Our committee exposed serious deficiencies in the department’s monitoring and enforcement of this franchise which has already led to a change of policy on performance reporting.

“If GTR is officially found to be in breach of contract – and the committee is still pushing ministers for an answer on this – the Department for Transport should consider restructuring the franchise.” 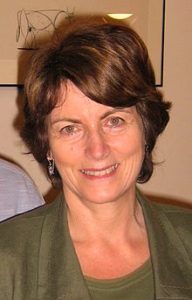 The report, published yesterday (Sunday 5 February), said: “The department has failed to take responsibility for some of the failings in the handling of the Thameslink, Southern and Great Northern franchise.

“All parties are accountable for the disastrous outcomes on this franchise.

“We do acknowledge that factors were beyond the control of the department, including the significant and inevitable impact of the Thameslink programme enhancements, and industrial relations disputes.

“The department does need to address issues such as inadequate planning, inaccurate assumptions and weak performance incentives.

“We have also exposed serious deficiencies in the department’s monitoring and enforcement of this franchise.

“This exposure led directly to the department changing its policy on performance reporting which is a step in the right direction to holding serially underperforming operators like GTR to proper public account.

“Additionally, the use of a management contract for this franchise, where the department receives fares income and the operator receives a fee for running services, exposes the department financially.

“The net revenue losses for the latest financial year, which amount to at least £38 million, will be met by public funds.

“We believe that serious lessons need to be learned from the GTR issue to prevent similar problems happening in the future when the awarding of a new franchise coincides with a major infrastructure improvement project, the introduction of new technology or the possibility of industrial relations problems.

“If GTR is officially found to be in breach of its contract, the department should consider restructuring the franchise and determine who is best placed to operate it.

“Ultimately any potential restructure should rectify the contractual shortcomings of the current franchise, realigning the incentives and focus of the operator back to the passenger and reducing the financial exposure of the taxpayer.” 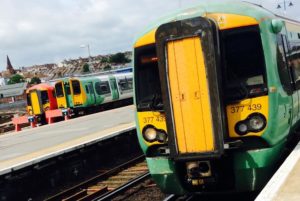 The report also said: “We were concerned to see that GTR earned a net payment in the first year of operation on the TSGN franchise, with performance rewards greater than penalties.

“We are also disappointed that performance penalties on that franchise have been capped which disincentivises performance once it has deteriorated beyond the breach level.

“We conclude that by capping performance penalties the department has not drawn up a contract in the public interest.

“We recommend that the department learn lessons from this episode and that it overhaul its contracting approach to performance penalties to ensure that penalties are more proportionate to the revenue obtained from a franchise.

“As a starting point, it must no longer contract for a breach level cap on penalties in the way it did so on the TSGN franchise.

“There may be wider issues affecting other franchises but it is difficult for us to make any other specific recommendations as we have only seen performance penalties for the TSGN franchise.

“We are of the view that the department does not have sufficient capacity to revoke a franchise from an operator, particularly of the size and complexity of TSGN.

“With a rather weak penalty regime, the department appears to have very few levers with which to manage performance and enforce a contract.”