A Hove man has been banned from being a company director after his restaurant business went bust owing more than £228,000 in tax.

Mr Nasirpour, whose ban started last week, has been disqualified from being a director for four years, the Insolvency Service said.

It said: “Farshad Nasirpour caused Piccolo Italian Restaurant Limited to trade to the detriment of HM Revenue and Customs (HMRC).”

“At the date of liquidation, Piccolo owed HMRC a total of £41,904.82 in respect of PAYE (pay as you earn), NIC (national insurance contributions), corporation tax and interest. 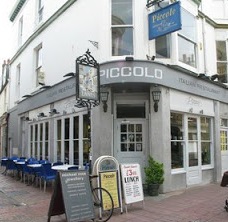