Deliveroo drivers renew threat of action over no pay deal

Brighton Deliveroo riders say they will be announcing action against their employers after the company failed to come to the table to discuss their pay demands. 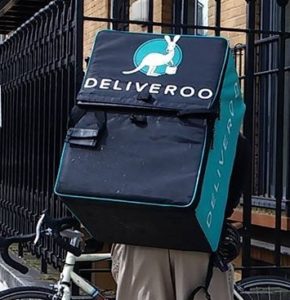 The riders, who this week gained the support of Brighton Pavilion MP Caroline Lucas and Shadow Chancellor John McDonnell MP, originally gave the company until Tuesday to meet their demands of a recruitment freeze and an increase in pay, claiming that low drop rates coupled with a huge number of riders meant many are earning below minimum wage.

Deliveroo told its riders it had stopped hiring in Brighton for the time being – despite saying it receives hundreds of applications every week – but has so far refused to enter into pay talks in response to the Independent Workers’ Union of Great Britain’s demand for the drop rate to increase from £4 to £5, saying that the union has not been formally recognised.

In a letter to the campaign, Mr McDonnell said: “I am disappointed that Deliveroo did not respond to the union’s offer to engage in negotiations… I am writing now to pledge full support for the Deliveroo riders in Brighton and their chosen path of a union campaign through the IWGB.

“As you are aware concerns have been expressed that Deliveroo are classing its riders as ‘independent contractors’ and as a result depriving them of employment rights.

“I would call on Deliveroo to meet with the IWGB with the aim of securing a deal over the modest demand made by your riders. I would be happy to help facilitate any discussions with the union in this regard.”

Ms Lucas said: “With many riders facing large gaps between jobs, often not through choice, the hourly rate falls well below the national minimum wage.

“My own position is that no riders should be earning less than the living wage after expenses.”

Deliveroo released the same statement it issued earlier this month, saying that the union misunderstood how it worked and condemning the threats it was issuing.

A petition urging Deliveroo to increase the pay of its riders has now been signed by over 5000 people and preparations are being made by the union for further action against the company, which will be announced in the coming days.

The IWGB already is fighting to secure union recognition and a collective bargaining agreement for Deliveroo’s riders in Camden, London, as well as the recognition of the riders as “workers” rather than “independent contractors” in legal proceedings it initiated in November, 2016.

The IWGB has achieved a series of victories for workers in the so-called “gig-economy”, most recently securing employment rights, including holiday pay and the minimum wage for a bicycle courier employed by CitySprint, in a landmark ruling.