A massive drag race around the Asda car park has helped spark a crackdown on “risky and careless behaviour” by car drivers and motorcyclists this year. 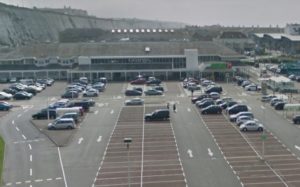 Activity has centred on Brighton Marina and the Asda supermarket, with those responsible gathering in numbers before indulging in anti-social antics.

On one occasion some 60 vehicles were reported to be drag racing around the supermarket car park. On another, motorbikes were being ridden on footpaths.

Last month officers from the East Brighton neighbourhood policing team carried out a two-day operation aimed at curbing the noisy and dangerous nuisance.

Numerous vehicles were stopped and offences including driving while disqualified and driving without insurance were dealt with.

Where appropriate, vehicles were seized and other offences resulted in drivers being given warning notices about their behaviour.

On Friday 24 February one repeat offender became the first to be served with a banning notice, preventing him from entering any part of Brighton Marina.

NPT Sergeant James Ward said officers had been working closely with the marina’s management team and others to address the problem.

He said: “We will continue to work with our partners to target those individuals who make the decision to meet and drive in ways that put at risk the lives of those attending the marina for legitimate reasons, enjoyment and relaxation.”

Anyone seeing or having information about anti-social driving, wherever the location, can report it here.