The mother of 19-year-old Shana Grice spoke of her loss in a victim impact statement which was read out at Lewes Crown Court yesterday (Wednesday 22 March).

Sharon Grice prepared the written statement on behalf of herself and her partner Richard Green and it was read to a packed courtroom by barrister Amy Packham.

I am Shana Grice’s mother and this is my victim impact statement in relation to her murder.

Although I have made this statement, this also relates to how my partner Richard Green, who is a father to Shana, feels.

Firstly we brought Shana up to respect authority and to always respect the law.

On (Thursday) 25 August 2016 our whole world came crashing down.

I received a phone call from Ashley Cooke, Shana’s boyfriend, to tell me she had not turned up for work.

I tried to phone her but there was no answer. I rushed to her home at 10 Chrisdory Road with Ashley, only to be confronted by police and emergency services and then be told that our only child had been murdered.

We instantly knew who had done this because Michael Lane had been harassing, stalking and pressurising Shana for over a year.

Shana’s life had become a nightmare which we believe affected her mental and physical health.

Shana was a beautiful, bright and bubbly, kind-natured 19-year-old who brought joy to all those who knew her and loved her.

She was very popular throughout childhood. She made friends easily and was never grumpy. She loved life and was always very enthusiastic.

She particularly enjoyed spending time with her grandparents with whom she had a very strong relationship.

Shana left school at 16 and immediately found work and was responsible and mature beyond her years.

Shana loved to make plans and always accomplished what she set out to do. She saved her money and set about passing her driving test first time and buying her first car. She was very successful in every job for which she applied.

She adored going on holiday and was always planning her next trip. We were all planning to go to New York on her 21st birthday. Now that’s just one of the many plans Lane has destroyed.

Our only daughter, who we love so very much, has been taken from us so very young.

Lane has taken all of this from us and destroyed all our future pans yet he continues to show no remorse whatsoever.

We have had to live with his protestations of innocence for seven soul-destroying months and endure and then had to endure a three-week trial, hearing all the painful details.

All we have now are our memories of our beautiful daughter. 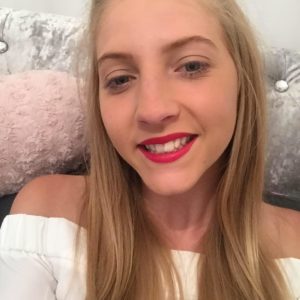 We constantly look at photos and videos to keep her with us every day. Her infectious love of life was shown by the large number of her friends of all ages who came to her funeral.

The impact has not just been on us. Shana’s grandparents’ lives have been destroyed at a time when they should have been able to enjoy their retirement and delight in the many days and good times they would have had with their granddaughter and future great-grandchildren.

They are still in complete shock and struggling to come to terms with their loss.

At every future family occasion, Shana will always be remembered and missed. Her uncle and aunt have been overwhelmed by the loss of their niece. She had been a bridesmaid at their wedding.

Her uncle was a great influence on her. Her aunt with whom she worked in her first job will miss her forever.

Kennady is suffering greatly with the loss of Shana and is deeply affected. She says: “All those memories are forever in my head and heart and I’m so thankful you were my cousin and will miss you always.” 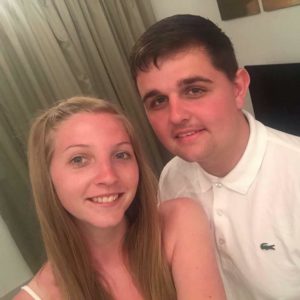 Shana was a granddaughter, cousin and niece to my partner Richard Green’s family, who loved her deeply from her birth.

Ben Hayes has lost a cousin with whom he grew up and would have shared many future life events. Every family occasion will be marred with great sadness.

Richard’s family say: “The joy and happiness Shana brought to our family has been cruelly taken from us. We will miss her laugh and her ability to light up a room in only the way she could.”

Shana’s boyfriend Ashley said his world was turned upside down when he met her. She was the most beautiful, bubbly girl he had ever met, with the most amazing smile. “She was my best friend, my soul mate.”

Many of Shana’s young friends have been strongly affected by her loss. They have paid tribute to her with tattoos and kind messages. They wish they could still plan nights out with fun times of laughter. They miss their daily conversations with her.

The impact of such a traumatic event on such young people will be hard for them to come to terms with. 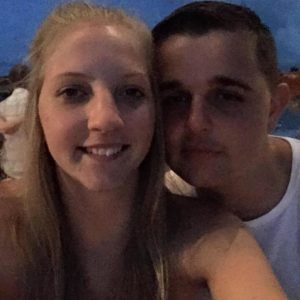 Shana had just started a new job and had only been there a few months but had already made a big impact on her new work colleagues with whom she had become good friends. They shared nights out and enjoyed lots of laughs.

They said she had a heart of gold and will deeply miss her infectious personality.

The brutal death of our daughter has ruined and affected our lives forever.

We have gone from being a happy, confident, joyful family to one which will never be able to come to terms with what has happened and what has been taken from us.

We can no longer function as normal people. We have become mere shells of our former selves. We cannot sleep.

I cannot go out of the house alone and I have been suffering from anxiety and panic attacks. This has affected our confidence and our trust.

We feel we will never be able to live our future lives with any real meaning and purpose without our daughter.

We have had added stress and worry with not being able to return to our jobs because of the emotional and physical turmoil we have had to suffer.

We had to endure great anxiety and fear the first week after Shana’s murder due to Lane being released on bail.

We knew he was near by and had the means and the opportunity to enter our home as well as the home of Shana’s grandparents as he had stolen Shana’s keys.

We have lost our beautiful, kind and thoughtful daughter. We miss her giggles and laughter, the jokes we shared and having her to hold and share our future lives together as a family.

No parents should outlive their child but we will never be able to come to terms with having Shana taken from us in totally unnatural circumstances.

The rest of our lives will never be the same without our beautiful girl Shana.