A drugs gang from Brighton and Hove has been jailed for dealing cocaine, illicit drink and money laundering.

The final member of the gang to be sentenced, 35-year-old Leonard Dema, was jailed for three years at Hove Crown Court this morning (Tuesday 28 March).

The gang leader, Mevlan Dema, 32, a catering manager, of Hove Park Villas, Hove, was jailed for 13 years for conspiring to supply cocaine and two counts of money laundering.

In total 11 members of the gang were jailed for a total of 45 years by Judge David Rennie. He commended the investigation and praised Sussex Police, saying that the operation showed policing at its best.

The force said: “Quantities of cash, cocaine and vehicles were seized from the gang worth several hundred thousand pounds.

“A hired transit van which was suspected to be carrying drugs was followed by the police helicopter along the A23 towards Brighton before being stopped by three police vehicles while other officers raided different properties and found drugs and cash.

“Mevlan Dema, the leader of the group, was stopped in his BMW car in West Street, Brighton, and arrested. Cocaine was found in his vehicle.

“Two days later police seized more than 100 bottles of illicit alcohol from a pub and café bars associated with the group in Brighton city centre.

“They found illicit bottles of wine and spirits which were seized and several of the premises were investigated for breaching the conditions of their licences. The visits have also led to further inquiries being made by Immigration and HMRC.

“Nine were charged with conspiracy to supply cocaine and appeared at Hove Crown Court on 12 July where seven of them pleaded guilty.

“They all appeared for sentencing on (Wednesday) 22 March at Hove Crown Court apart from Leonard Dema. He was sentenced on Tuesday (28 March).

Detective Chief Inspector Steve Boniface said: “This was a long-running operation to disrupt this Albanian organised crime group who were supplying significant quantities of cocaine within the city.

“We not only targeted them for the crimes they were committing, we also worked closely with our partners to look at their associates and businesses.

“We will now be applying to the court to seize their assets and any profits they have made from their criminality. 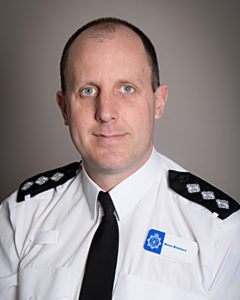 “We run operations like this continually because we are determined that Brighton and Hove remains an environment that is difficult for organised criminals to operate in.

“The sentences these men have received send out a clear message that dealing and supplying drugs on the streets of Brighton and Hove will carry a heavy penalty.

“We understand that the majority of Albanians working and living in the city are contributing to the community and economy in a positive way and do not want these groups to be selling drugs within our community.”

Twelve years ago Mevlan Dema was cleared of the murder of Altin Molita, Palmeira Square, Hove.