Two men robbed a woman in her Brighton home after answering a “for sale” advert that she placed on Gumtree.

Sussex Police said today (Monday 3 April): “Police have released an efit of a suspect who threatened a woman with a knife in her Brighton flat.

“The victim had placed an advert for her watch on Gumtree, an online selling page, and was contacted by a man calling himself Liam.

“They spoke on the phone over a couple of days and then he arranged to attend her flat in Regency Square to buy the watch.

“He arrived at about 10.15pm on (Monday) 27 March with another man and went into the flat and was shown the watch.

“The second man then pulled a large knife and threatened the victim.

“Both men ran off, stealing the watch, the victim’s iPhone and her bank card.

“They are believed to have run to Russell Square and in the direction of Clarence Square.

“The victim was left shaken by the incident. 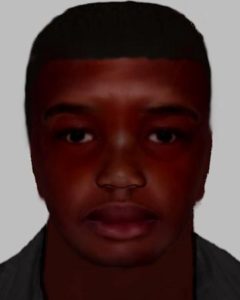 “The efit is of the suspect with the knife. He is described as an Arabic or Asian man, aged about 25, 6ft and slim. He had dark stubble which was patchy.

“He was wearing a wearing a waist-length jacket made of stiff fabric and possibly a hoody underneath.

“Anyone who has any information is asked to report online https://sussex.police.uk/contact-us/response-to-appeal or email 101@sussex.pnn.police.uk quoting serial 1552 of 27/03.”

Gumtree said: “It’s distressing to hear of this ordeal experienced by one of our users. Gumtree is absolutely committed to tackling scams and is currently aiding the police in their investigation of this case.

“We work with police and other authorities on an ongoing basis to prevent this kind of incident from ever happening.

“We encourage all users to read our safety advice pages on the Gumtree website to ensure they have as safe an experience as possible.

“We urge anyone who thinks they’ve come across a scam to report it to us immediately so our dedicated safety team can take action such as blocking the offender from the site and aiding the police with their investigation.

“Millions of people use Gumtree every day and the vast majority have a safe and successful experience.”