A £9 million construction trades training centre has been opened at the East Brighton campus of the newly formed Greater Brighton Metropolitan College – the Met.

The building will be used to train electricians, plumbers, carpenters, painters and decorators, bricklayers and plasterers, among others.

They were previously taught on three different City College sites before the Brighton further education college’s merger with Northbrook in Worthing and Shoreham to form the Met.

Sussex-based HNW Architects designed the new building, in Wilson Avenue, Whitehawk. The construction firm Osborne built it and the scheme was project-managed by Sussex construction and property consultancy practice NorthGates.

To coincide with the merger of City College and Northbrook – and the opening of the new building – the college has published a research report entitled “Have you Met your future?”

The report, being promoted on social media with the #METfutures hashtag, said: “Jobs in construction, catering, digital, finance and engineering are among the UK’s Top 10 occupations for hard-to-fill vacancies due to skill shortages.”

The report data also suggested that jobs in construction and catering will be among the Top 10 Growth Occupations in Sussex and the UK over the next five years.

It said: “In Sussex, floorers and wall tilers are among the occupations predicted to see the highest percentage growth during 2017 to 2022 (9.1 per cent), along with roofers (8.4 per cent), plasterers (7.7 per cent), plumbers and heating engineers (7.6 per cent), restaurant and catering managers and proprietors (7.3 per cent).

“Employers in construction and catering are facing significant problems, however, when it comes to filling job vacancies due to skill shortages.” 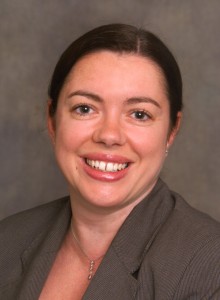 Julie Nerney, who chairs the Met board of governors, said: “The government is in the process of negotiating a deal to leave the European Union and it remains unclear what impact this might have on the supply of labour to many of our industries including construction, health and tourism.

“In this time of change we need to think carefully about the knowledge, skills and understanding that the people of our region need to succeed and to thrive.

“While A levels and university provide a great option for some students, more than 60 per cent of our young people choose an alternative route.”

It aims to encourage young people to envisage their future working selves and turn their passions into professions through vocational education and training.

The campaign also coincides with encouraging signs in the local construction sector. Major projects under way include the £485 million modernisation of the Royal Sussex County Hospital as well as a £250 million scheme at Brighton Marina.

There are hopes that work will begin before long in Circus Street where the old fruit and veg market has been demolished. Student housing and other homes are due to be built as part of a £100 million project.

And at Preston Barracks and on neighbouring Brighton University land, there are big plans for homes and teaching and research facilities. A decision on whether to grant planning permission is expected this year.

For information on MET courses and apprenticeship opportunities visit www.gbmc.ac.uk or call 01273 667788.