Brighton Judo Club is moving to a new home after grappling with the rising costs of running its own premises.

Club members have spent the weekend making good the building that was their home for more than 20 years, having held the final juniors training session there on Friday (21 April).

The club is moving to the 15th Brighton Scouts hut, between Bristol Gate and the bottom end of Manor Road, from its current base at the St James’s Street end of Dorset Gardens. It was based in Upper Bedford Street for about 20 years before that.

Club secretary Bruce Wright said that its rent had gone up over the years. The landlord, Brighton and Hove City Council, through its agent Cluttons, had offered to reduce the rent from £10,500 a year to £9,000 for five years.

“We’re not a charity or a company – we’re an old school club run by a committee of volunteers. No profits are made and the dedicated coaches are unpaid. 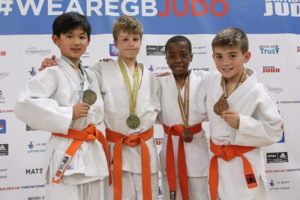 “The rent plus bills – for heating, etc – have been approximately £14,000 a year which is just too high for a club which wants to make the sport accessible to all. We’ve used up all our reserves.

“So with heavy heart, the club has decided to hand back the judo hall (dojo) to the council.

“When we moved in, the building had been empty for about ten years. It took four months to turn it into a useable dojo.”

Mr Wright said that volunteers from among the 70 members were helping make good the building as the club moved to the scout hut.

He said: “The club is looking forward to a new start and, while high rents have forced the move, the club continues as the successful, thriving home of judo in Brighton.

“As a happy bonus, we will now be paying hire charges to the scout group which means another local community group will also benefit. 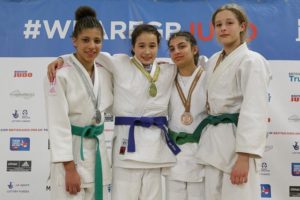 “We’ll be hiring their space at an hourly rate so we’ll be paying about a third of our current costs.”

The income would help the Scouts fund a new roof for their premises, Mr Wright said. But if the judo club had stayed in its Kemp Town premises, it faced paying for a new boiler and the cost of dealing with knotweed.

Mr Wright added: “The judo club is a strong community and are looking forward to starting anew.

“Several members of the club are in the Sussex County Judo Squad and regularly compete around the UK.

“Recent successes include gold and bronze medals at the British Schools Judo Championship in Sheffield earlier this month.

“Ben Quilter, Paralympian bronze medallist in London 2012, started his judo career at the club, which caters for all. 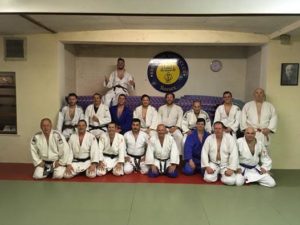 “We have five-year-olds and 70-year-olds on the mat, plus children with visual and hearing impairments and special needs.

“The first judo session is free and we look forward to welcoming judoka new and old at our new home.”

While he was disappointed that the council couldn’t help more, there was no row, he said, adding: “If I had a criticism, it’s that the council is not able to support small groups that are working hard to promote sport and fitness.

“Compared to a lot of places, the council doesn’t seem to prioritise sport as much as some.”

He was mindful of the challenges faced by the Brighton and Hove Gymnastic Club before its closure at Easter – and by contrast the facilities at the K2, in Crawley, at the Triangle, in Burgess Hill and Pavilions in the Park, in Horsham.

Mr Wright added: “We’re going to be at Take Part at The Level in June – and we’re always looking for new members. The first session is free.”