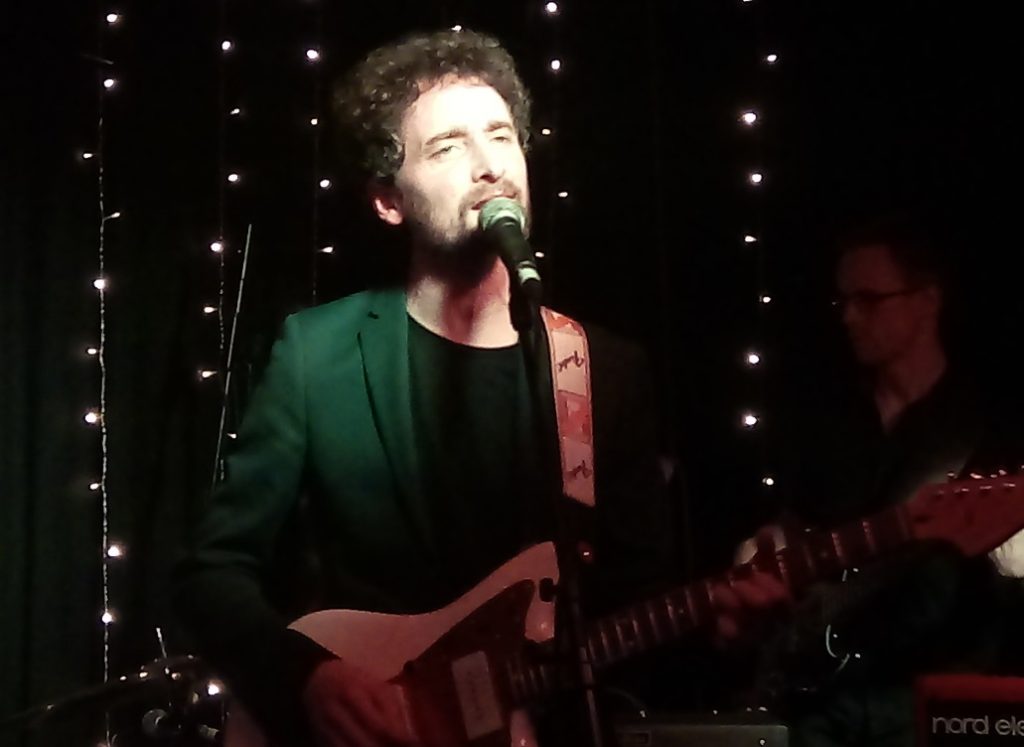 Prince Albert, Brighton 15 March. I have to confess that I am a recent convert to the work of one former Brighton resident Daniel Green aka Laish. Now I am reliably informed that you correctly pronounce it as lie-shh and not lay-ish as I have been doing.

Daniel is a songwriter and guitarist of modern folk/pop/art tunes, who to me is very unjustly underrated. Seeing him perform live with his five chums (Matt on bass, Tom on keyboards, Rob on drums and Sara and Talitha on backing vocals) at the Prince Albert is quite a treat. They all seem very content with each other and appear to me to work as a flowing collective of musical mates that are happy to hang out with each other just for the love of the company and music.

For instance, tonight’s support artist is a multi-instrumentalist (still) based in Brighton by the name of Emma Gatrill and she has previously been a member of the Laish fold. It was truly enchanting standing there in front of this classically trained young lady on the stage by herself, who was not only singing and playing her harp but at the same time activating foot controls to play the drum machine and synth. I hadn’t seen anything like that before!

Emma was performing songs from her new LP entitled Cocoon. Her vocal style is most unusual and I can’t quite figure it out. There’s the obvious influence of Björk and Scandinavian in there, but then there’s this Gaelic overtone in there too, as well as unusual pronunciation of some words and it is quite endearing. My fave track is the album opener entitled Skin, which I have played copious amounts of time on my iPod as it whisks you away from modern life as you walk around the boring shops. 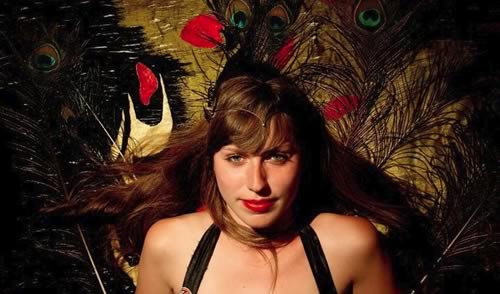 Laish was (apprehensively) back in Brighton to not only see his mates again but to promote his new easy on the ear album Pendulum Swing. It’s one of those records that the more you play it, the better it gets. It could easily be enjoyed by several generations of the same family. I would say it was an ideal accompaniment for when you invite friends around for a meal and you need something that will enhance the ambience and not offend anyone.

I immediately picked up on the chart friendly Learning To Love The Bomb on the very first listen and that was the track that lured me into the world of Mr Green, whereas Mr Sheeran has not succeeded. The official video of this track really sums up Daniel’s sense of British humour and I would recommend seeking it out.

At tonight’s gathering, I have to say that Learning To Love The Bomb was the best track, as to me it is uplifting and brings a smile to my face. Although the song isn’t really that typical of the sound of the current album which was released last November. Song For Everything was the second best composition of the evening and to describe it, imagine that you are riding on an old Shire horse over cobblestones on a late sunny summer evening having been out all day and you start singing in time with your companions hooves and hey presto!

Most songs were performed as a group but some were just Daniel by himself, but it is fair to say that everyone present was focussed on whatever our maestro was going to come out with banter-wise and musically next. As he had indeed made a very successful return to Brighton and need not had worried himself about what the audience was going to think. My friends and I that were present tonight, intend to see Laish play live again very soon.