The opening up of one of Brighton’s oldest buildings, lost to the public for decades, is rapidly taking shape as a new entrance to The Lanes is knocked through. 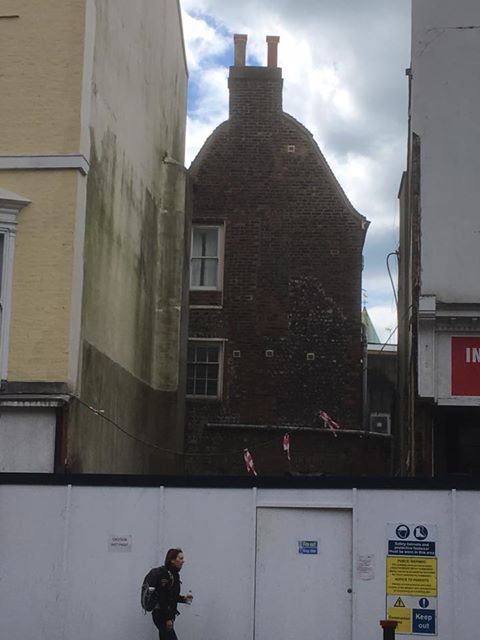 Another historical North Street building, which until recently housed Timpsons, had to be sacrificed to make way for Hanningtons Lane and over the past few weeks has been painstakingly removed brick by brick.

But behind it, you can now glimpse the 17th century Puget’s Cottage, visible for the first time in 140 years, which pedestrians will soon be able to pass as they use the new entrance to The Lanes. 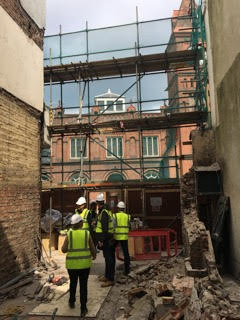 Andrew Foulds, portfolio director at Redevco, which is building the new lane, said the project would be a boost for the city centre.

He said: “Our masterplan approach should provide a catalyst for the whole area. The new lane will provide contemporary spaces that retailers can’t find elsewhere, which will draw new names in and create a  destination that helps support existing businesses.

“We have demolished a building at the rear of the site and reconfigured some existing space, but the demolition of Timpsons is an exciting milestone in the development programme.”

Timpson’s has meanwhile found a new home a little way up the hill towards the Clock Tower.

As well as a new Lane, the masterplan for Hanningtons Estate also includes the creation of a new entrance to The Lanes from North Street and the redevelopment of existing buildings to provide exciting new spaces for shops, restaurants and cafes.

Redevco’s leasing agents KLM Retail and GCW are in discussions with target retailers and this exciting new retail and leisure destination is on track for completion mid 2018.