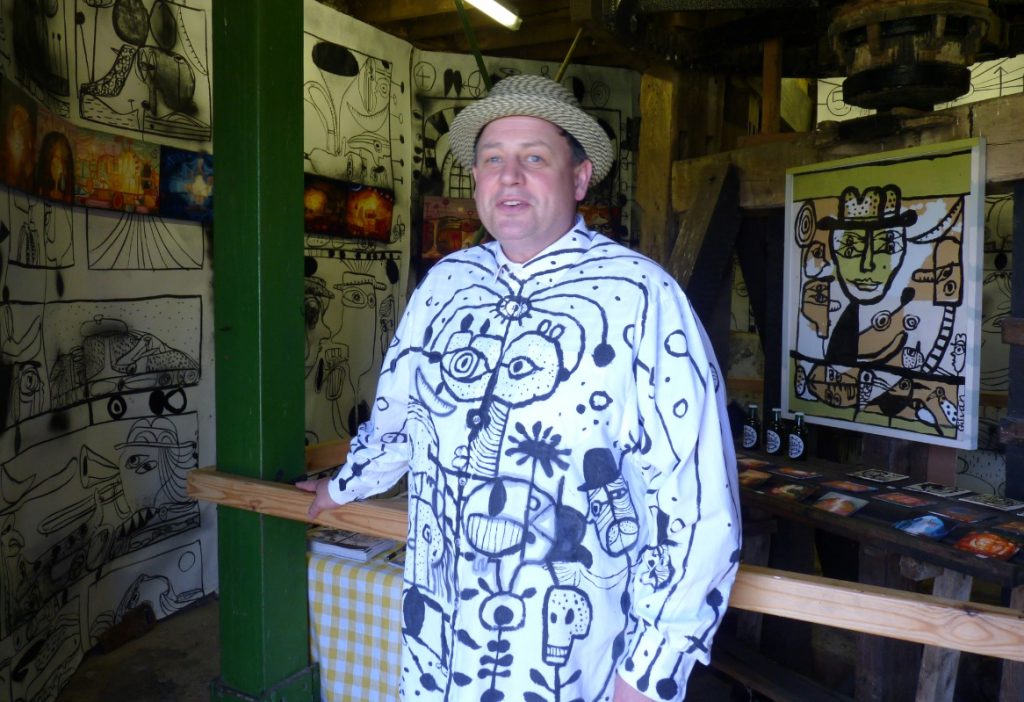 The Baron in Rottingdean Windmill

Everything came together perfectly this weekend! The weather cleared and the sun shone down on the Brighton and Sussex landscape. This allowed the hordes to venture out to see what they could discover and to lap up all of the culture on offer.

The Brighton and Hove News team was no exception. The amazing discovery of the weekend was that we have located a Baron hiding in a Brighton windmill. Not your everyday occurrence I grant you and so it’s well worth further investigation.

As we announced in a previous article, this weekend (13th and 14th May) was National Mills Weekend and so several Brighton area windmills and Sussex mills put on special events and were open to the public to take a step back in time and to experience the golden days of old. So we ventured to every windmill within the boundaries of Brighton and even a few beyond and we have photographic evidence to share with you.

One such windmill that was especially open was Beacon Mill that proudly sits atop Beacon Hill to the west of the village of Rottingdean. This three-storey smock mill has stood there for 215 years, but is still occasionally referred to as New Mill as it sits on the site of an earlier post mill. Beacon Mill ceased grinding corn in 1881, but thankfully has been maintained by the Rottingdean Preservation Society for all to enjoy. 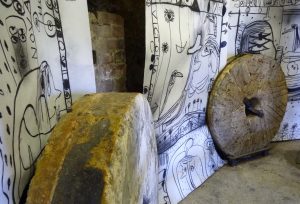 The Barons work amongst the millstones

This mill is rarely open to the public and so it was a must on our list. As we arrived at the mill doorway, there standing inside was a Baron! We were most surprised by this. The Baron in question was actually the Firle based contemporary painter Baron Gilvan aka Chris Gilvan-Cartwright. The Baron had cleverly set up his artist studio within the darkened windmill and thus had created an outstanding bright exhibition area entitled Snowball Down a Mountain, which featured his magnificent paintings, drawings and animations which portray psychological dream-worlds through automatism and intuition. His raw, unflinching works of art are said to be portals between an inner and outer reality and thus exploring the dynamics of the imagination. 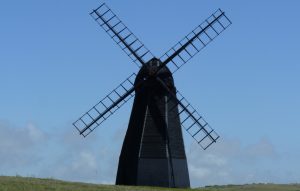 When The Baron was quizzed further, he revealed that he was in the mill as part of the Brighton Fringe Festival and would be there again on 20th, 21st, 27th and 28th May from 1pm to 4:30pm and everyone was welcome to come up and view his work and the inside of the historic windmill.

We then ventured over to Westdene to view the last true working windmill be be built in Sussex, namely Patcham Mill, which is also known as Waterhall Mill and Westdene Windmill. This is now a private residence, having been converted into a house in 1963 and not open to the general public. This 1885 built tower mill (that worked up until 1924) has fond memories for me personally as I could see it everyday from my house when I was a child. The windmill bug was obviously sown at a very young age. 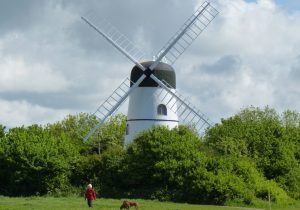 We then ventured over into Holmes Avenue in Hove to see the magnificent West Blatchington Windmill and the fascinating museum of milling, which is contained within the barn that this hexagonal smock mill sits atop. The mill was built in the early 1820’s and ceased working in 1897, but the mills inner workings are thankfully still insitu and thus allows the visitor to understand exactly how a windmill works. 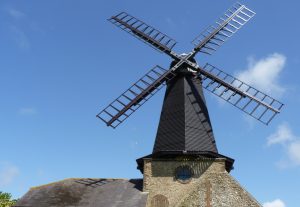 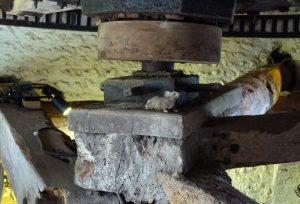 Someone has a great sense of humour at West Blatchington Mill

No trip on National Mills Weekend would be complete without a trip up the A23 to Clayton to see the country’s most famous windmills, namely Jack and Jill. We were very pleased to see that Simon Potter and his team had let the brake wheel off of Jill Mill (which is the white post mill) and so the sails were turning around just like all of the mills used to do when grinding corn. So as to not upset the Sussex and Kent windmill fraternity, I must make a note here to say that we locally do not usually refer to the arms of a windmill as sails, but in fact as sweeps. It’s probably something to do with them sweeping by as opposed to sailing by? 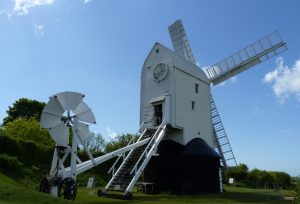 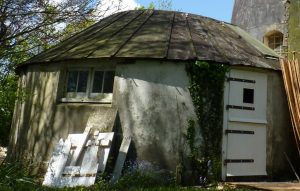 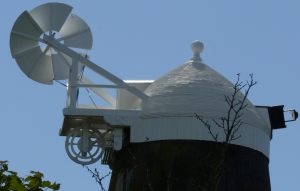 The new cap on top of Jack Mill

The white Jill mill was moved out of Brighton to its current site in 1852. Surprisingly, this was not as rare an event as it might seem. An amazing fact is however, that there is technically not two windmills on this site but actually three mills. The reason being that there is the roundhouse left of an earlier mill, known as Duncton Mill. This butts up right against the black tower mill known as Jack Mill (with its new cap) and both are located within a private residence and not open to the general public. There was a time when both Jill Mill and Duncton Mill worked together at the same time. This was up until 1864, but then the top half of Duncton was dismantled as the new Jack Mill was built. 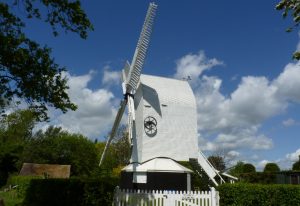 Looking north towards Keymer and Ditchling from the steps of Jill Mill you can clearly see in the distance a similar looking windmill known as Oldland Mill. So we had the calling to visit there too.

Our final mill encounter of the day was to the new six sweeper mock windmill known as Ashcombe Mill. This was recently specifically built on Kingston Down on the site of a mill lost in a gale 101 years ago. This new mill is a private residence with fantastic views. 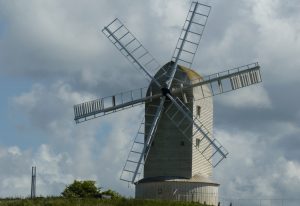 Ashcombe mill is actually a house

For more information on Brighton and Sussex windmills visit:

Models inside Blatchington Mill of the four different types of windmills