A woman from Brighton has urged fellow drivers to be on the lookout for nails and screws after three punctures in a few months. 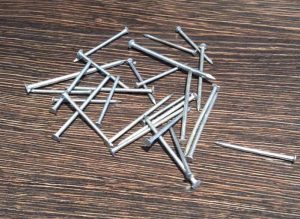 Lyndsay Josephy, from Bevendean, posted her warning with a photo on Facebook. She said: ““Please keep your eyes peeled for screws and nails on roads in Bevendean and pick them up if you can.

“This was just what I found today. Wish I had kept all the others I’ve found over the last few weeks to show you just how many I have found.

“Screws and nails have cost me three new tyres in the last few months which is when I started noticing just how many there have been on the roads.”

A neighbour replied: ““I’ve had loads recently, wonder if roads agency, environment, PCSO need to know so they can check area?”

And another Facebook user said: “I think this isn’t just Bevendean – a friend of mine had one over in Hollingbury.”