West Street is set to become home to a new hotel by the end of next year now a former night club has been sold to developers. 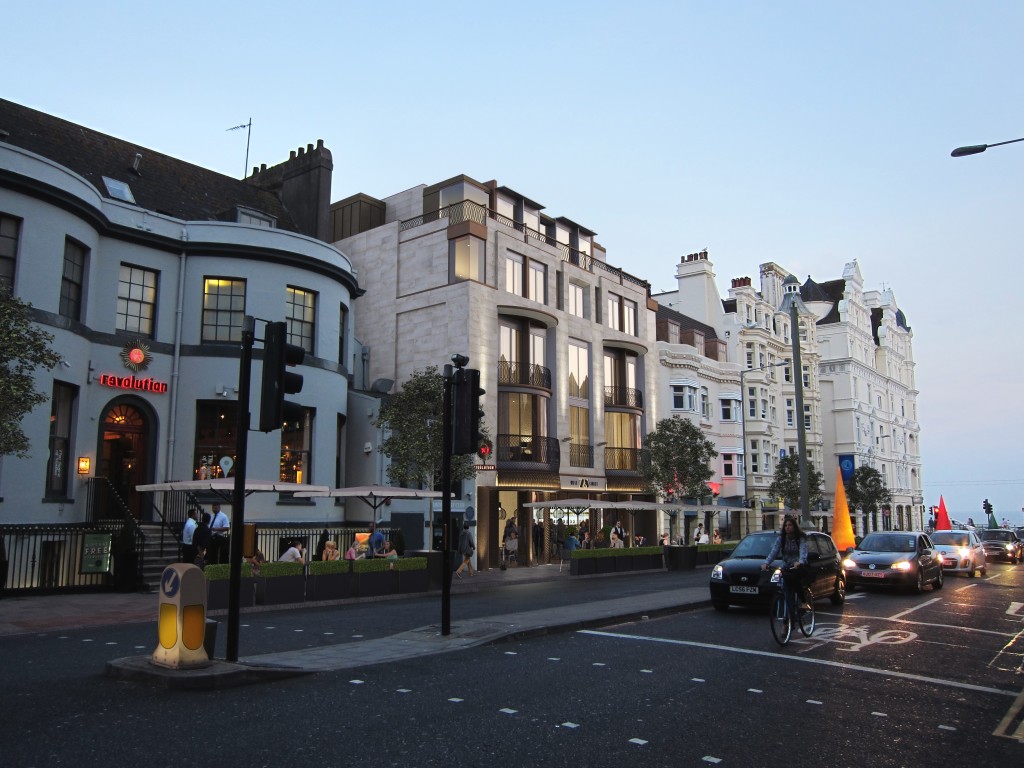 Silvercoin Investments Ltd has bought the former Hed Kandi nightclub site, now occupied by the Synergy Centre, for which planning permission was granted to knock it down and build a 133 bed hotel last year.

Jersey-based Silvercoin has previously developed a Premier Inn hotel in Canterbury and has been granted permission to build another in Tunbridge Wells.

Premier Inn says it currently has no specific plans for a new hotel in the city, but is interested in Brighton sites.

A spokesman said: “Whilst Premier Inn continues to grow across Sussex and is interested in sites in Brighton, it has no specific plans at the moment.”

Tunbridge Wells based development consultants, Decimus Ltd, advised Silvercoindecimus l on the site with the intention of developing the hotel during the next 18 months.

Andrew Halfacree at Flude Commercial, which sold the site, said:  “This is a significant city centre site in a popular central location. The redevelopment of this site will bring a much needed enhancement of the location.

“In turn we will see the provision of further high quality hotel accommodation for the city and improved vibrancy to both the West Street and Middle Street frontages of this site.”

Will Thomas, who heads retail and leisure agency services at Flude Commercial added: “As well as providing high quality hotel accommodation the proposed development includes accommodation suitable for retail or restaurant use.

“We expect good interest from prospective occupiers for this space.”