A former Brighton councillor saw off a strong challenge from the Liberal Democrats to hold Lewes for the Conservatives at the general election.

Maria Caulfield, who represented Moulsecoomb and Bevendean on Brighton and Hove City Council, kept her Lewes seat in the House of Commons with an increased majority. 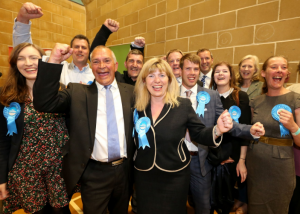 The Greens stood aside in the seat, having polled 2,784 votes in the May 2015 general election, when Miss Caulfield won the seat from Lib Dem Norman Baker with a majority of just 1,083.