Dua Lipa – she’s the one 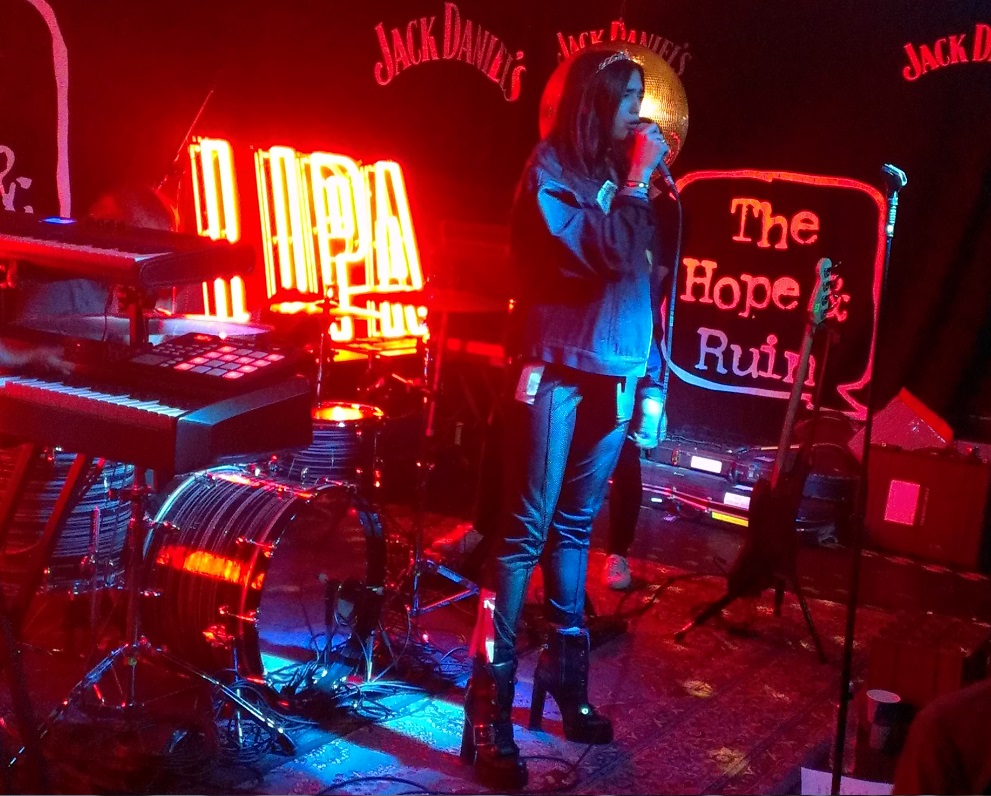 15 months ago the name Dua Lipa was unknown and myself and about 80 people were very fortunate to see her play live in the Hope & Ruin pub on Queen’s Road in Brighton on 17th January 2016.

Last week she unleashed her debut album simply titled Dua Lipa. There is a twelve track standard version and a seventeen deluxe version and it has gone crashing into the official album charts at number five, ahead of Oasis, U2, Kiss, Ariana Grande and Hank Marvin.

She has announced a new international tour in order to promote the album and this time she is appearing at the much larger Brighton Dome on 5th October. This will be after playing gigs in the USA, Belgium, Switzerland, Spain, Ireland, Portugal and Indonesia.

When she performed at the Hope & Ruin, she played six tracks from her deluxe album and here is my review of the concert at the time………………………………. 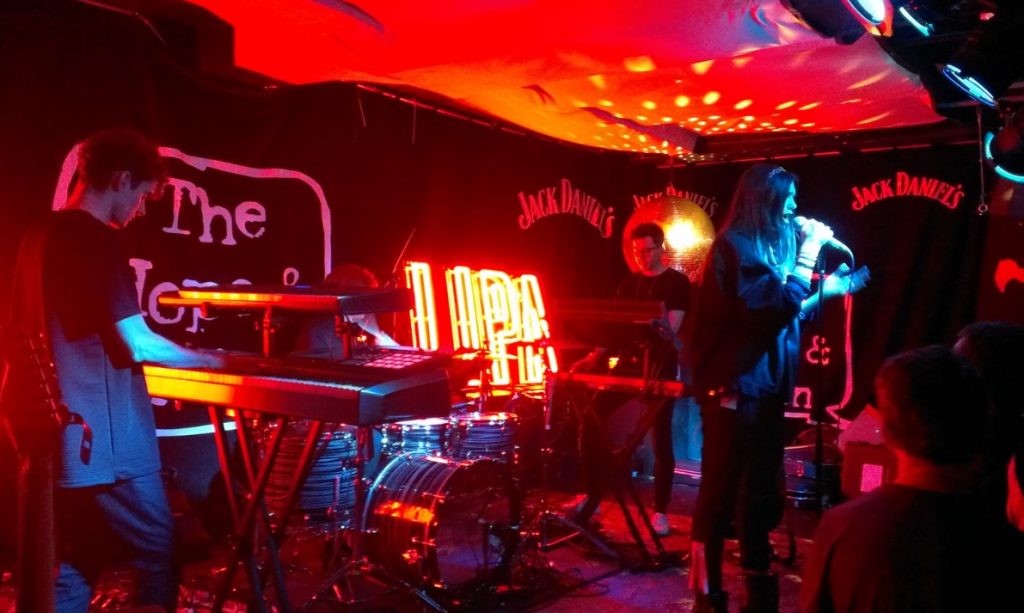 Not yet heard of Dua Lipa? Well I suspect that you have heard at least one of her songs. Yes, Dua Lipa is in fact a 20 year old English-Albanian singer/model and not an Indie Band. You know that rather clever Vauxhall Corsa that parks itself in the TV advert, well the music is a track entitled Be The One by said young lady.

The word Dua means Love in Albanian and judging by the intimate crowds reaction to her debut Brighton gig, ‘Love’ was freely flowing from the punters towards her silky set.

It looks pretty certain that Miss Lipa will become one of the best new artists this year. The BBC would concur as they recently had her performing in the Live Lounge and they shortlisted her for the critics prestigious Sound of 2016. Although she did not win, with her feline silky soul meets hip-hop meets dark pop sound, she has been signed to Warner Bros records. So there will be a hefty clout behind her bid for chart/catwalk stardom when she finally releases her debut album later this year.

So far she has only released three singles (and their remixes), namely her Whitney Houston styled debut New Love in August last year, then in October Be The One (which her official video has had in excess of an awesome 17 million views on YouTube) and this February saw the unleashing of the Talay Riley (TimbAland collaborator) co-penned Last Dance – all of which she performed tonight along with six as yet unreleased gems.

Tonight she strolled from side to side on the cosy stage in a feline cat on the prowl manner wearing her trademark tiara, jacket, trousers and rather high black boots, whilst her two young male keyboard players quietly went about their business. It’s fair to say that she gave the air of being totally in control and how right she was. The crowd, a mixed bunch, were at her mercy, the star-of-the-future could do no wrong.

Tracks performed tonight were: Bad Together, Want To, Hotter Than Hell, New Love, Running, Thinkin’ ‘Bout You, Good Times, Last Dance and legendary Be The One 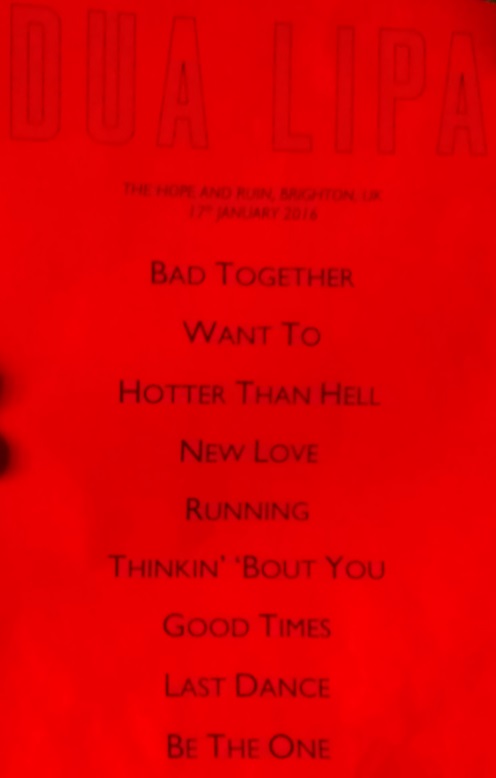 The setlist from her Hope & Ruin concert.