Brighton and Hove Albion have broken their transfer fee record to sign Australian international goalkeeper Mathew Ryan on a five-year deal from Spanish side Valencia. 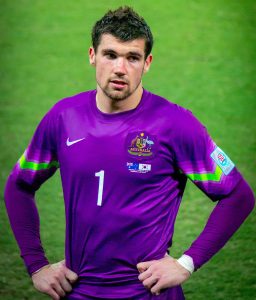 The Seagulls did not say how much they paid for 25-year-old Maty Ryan but Albion’s most expensive signing until now is believed to have been Shane Duffy, reported to have cost £4.46 million.

Albion said: “Brighton and Hove Albion have agreed to sign Australia international Mathew Ryan on a five-year deal from Valencia for a club record transfer fee, with the 25-year-old keeper officially joining the club on (Saturday) 1 July, subject to international clearance.

“Sydney-born Ryan, who had a loan spell with Belgian side KRC Genk towards the end of last season, will join up with his team-mates in July, following a break after the Confederations Cup this summer.”

“He will certainly be an excellent addition to the squad in time for our first season in the Premier League. We’re very much looking forward to working with him for the season ahead.

“For somebody of Mathew’s age, he has very good experience, having played in the top divisions in Australia, Belgium and Spain.

“He has also competed in European competition and made a number of appearances at international level.”

Albion said: “After playing for Blacktown City and Central Coast Mariners in Australia from 2009 to 2013, Ryan moved to Club Brugge in Europe where he made more than 100 appearances for the Belgian Pro League team. 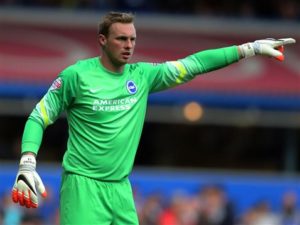 “Ryan won the Belgian Cup during his time with the club and was chosen as the Belgian Pro League Goalkeeper of the Year in both 2014 and 2015.

“The shot-stopper attracted interest from La Liga side Valencia in 2015 and signed a six-year deal with the club, keeping a clean sheet on his league debut against Rayo Vallecano.

“Ryan returned to Belgium for a loan spell with KRC Genk last season and kept 11 clean sheets in his 24 appearances for the club.

“Albion’s new signing made his international debut for Australia in 2012 and played all three matches in the 2014 World Cup in Brazil, before winning the AFC Asian Cup with the Socceroos in 2015.”