Half of the 22 residents at a Brighton nursing home which closed last month were given help finding somewhere new to live by Brighton and Hove City Council.

At least five of them were having their fees at Dane House paid by the council which was given notice of the closure in early March by owner Four Seasons.

The company closed more than 50 homes last year and is expected to shut a similar number this year as it struggles under more than half a billion pounds of debt.

Four Seasons closed Dane House, in Dyke Road Avenue, Brighton, after the last resident moved out on Friday 26 May.

Councillor Dan Yates, who chairs the Brighton and Hove Health and Wellbeing Board, said: “Families and residents have been supported through the transfer process.

“This was a planned closure and Brighton and Hove City Council commissioning and assessment staff worked closely to support the transfer of residents to alternative accommodation. This included meetings with staff, residents and families.

“We also put measures in place to ensure that no residents could be transferred into Bon Accord due to the ongoing concerns re quality within that home.”

Bon Accord is also owned by Four Seasons which is itself owned by Terra Firma, the private equity business founded by Guy Hands.

But Bon Accord recently received a critical inspection report from the official watchdog, the Care Quality Commission (CQC), describing it as inadequate.

The nursing home, in New Church Road, Hove, was formerly owned by Southern Cross, which collapsed under the weight of its debt.

The council carried out a lot of work at the time with two Southern Cross homes in Hove, ensuring that residents continued to receive care. 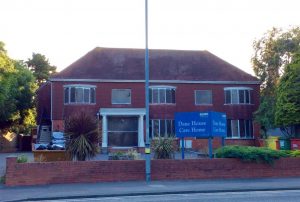 Councillor Yates said: “Since the council was informed about the closure of Dane House we have worked hard to ensure that all residents and their families were supported to find suitable alternative placements.

“Council officers are committed to ensuring that when placements are lost residents aren’t affected by the financial decisions of hedge funds and other large corporations.

“Each year we regularly review the care home market in the city to ensure that enough capacity and variety is available to suit the ongoing care and health needs of some of the most vulnerable in our community.

“The property is leased by Four Seasons and we are currently monitoring planning applications re future intended use of the building.”