A charity round the world cycle challenge is under way in Brighton with dozens of people racking up thousands of miles without even leaving the city.

Brighton Housing Trust (BHT) has organised the event at the Preston Park cycle track to try to raise £25,000 for its First Base Day Centre.

The event started at 7am today (Sunday 25 June) and will end at 7pm, with some cyclists turning up for just a lap or two while others show a little more endurance.

Family slots have been set aside from 11am to noon and 2pm to 3pm for those whose children might prefer to avoid the sea of lycra – or at least pedal at a slower pace than the more dedicated cyclists.

There are still slots available for those who want to turn up and ride. For those who haven’t registered in advance, it will cost £10 for an adult and £5 for a child. 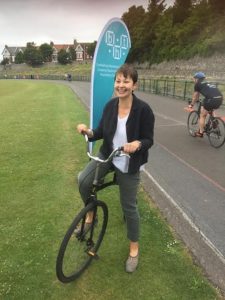 Caroline Lucas at the BHT Around the World Cycle Challenge

Brighton Pavilion MP Caroline Lucas was among those taking part – just a few weeks after the Green MP was spotted electioneering in the centre of town on the back of a tandem.

And former mayor Pete West was also expected to be in the saddle. 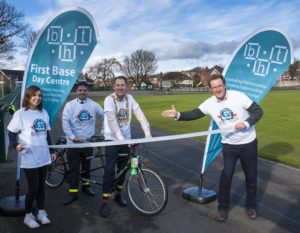 One of the various attractions at the Preston Park velodrome today is a penny farthing.

The more forward-looking have been trying out one of Brighton’s new rental bikes as the hire scheme nears its launch this summer.

The operator Hourbike has bought more than 400 of the “social bicycles” or “sobis” for Brighton’s answer to Boris bikes and is preparing 50 hubs and docking stations for them.

Given former Green councillor Ian Davey’s role in getting the scheme under way, there have been suggestions that they should be called Davey bikes. 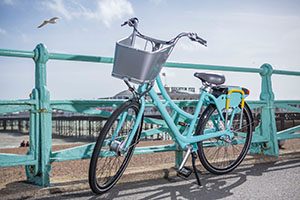 The first fundraising cyclists this morning pedalled for pounds at 7am – Paul Bonett, from Bonett’s estate agents, and Maria Pali, from Brighton Vegan Cyclists.

The challenge is for all those taking part to cycle 40,000km – the distance it would take to cycle around the world – between them.

But no one really seems to care whether they go the distance – only whether they can raise funds for First Base which helps Brighton’ homeless to get back on track. 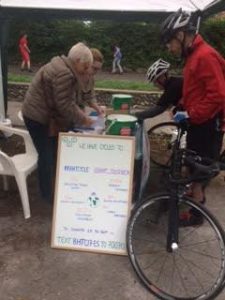 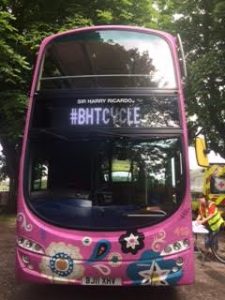