A man has been banned from Brighton and Hove for two years after being violent towards the homeless and begging persistently in the city. 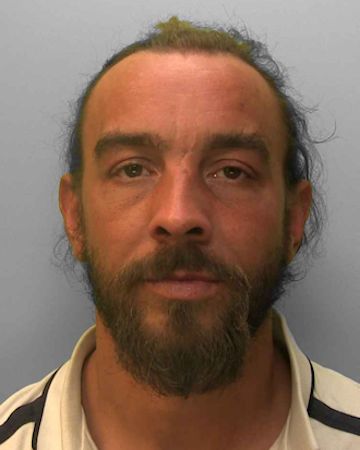 Stephen Prince, 39, of no fixed address, was given a Criminal Behaviour Order (CBO) by Brighton magistrates after the court heard that he had assaulted a member of the street community and had been begging on an almost daily basis in Queens Road.

Prince refused to engage with police and any of the other agencies who offered to help him. The order also banned him from begging in anyway nationally.

Sergeant Andy Newman said: “We were aware that many of the street community were terrified of Prince. The order banning him from the city will send out a clear message to them that we will support them and when necessary will challenge persistent offenders like Prince who use homelessness as an excuse to commit crime.

“We have tried to help Prince by offering him support from agencies for a number of months but he refused. This left us no choice but to pursue this course of action.”

If anyone sees Prince in the city or begging anywhere then contact police online or phone 101.

Torrential rain could hit Brighton and Hove this evening

Brighton man among three men due in court over illegal rave