A Brighton woman has been convicted of dangerous driving following a serious injury crash on the A27 at Worthing on 19 November last year. 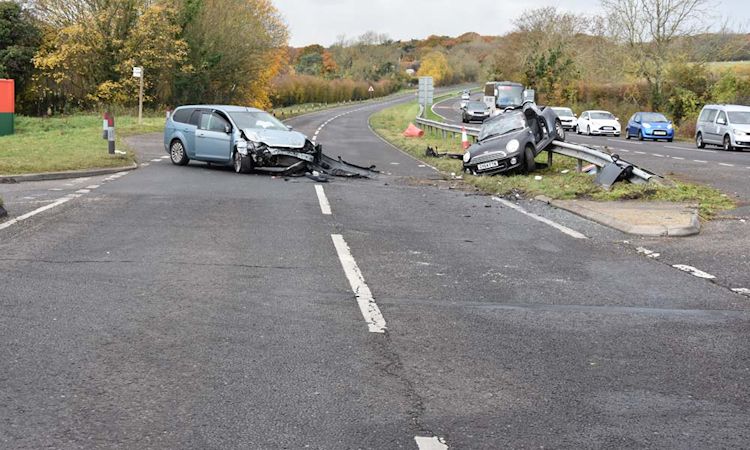 Beverley Thomas, 56, of Ladies Mile Road, Brighton, appeared before Worthing magistrates on Friday (23 June) and pleaded guilty to dangerous driving and driving while her licence was revoked.

She was sentenced to eight weeks’ imprisonment, suspended for two years. She was also disqualified from driving for two years and ordered to take an extended driving test before she can obtain another licence.

Sergeant Rob Baldwin, of the Sussex and Surrey road policing unit, said: “It appeared that Ms Thomas had unintentionally joined the westbound A27 towards Arundel when she decided to turn her Mini Cooper around in the car park of the Coach and Horses public house.

“She exited on the wrong side of the road and attempted to drive across the A27 through a gap in the central reservation, which was prohibited from doing by No Entry signs.

“As she began crossing the road, she caused one car to brake heavily to avoid a collision, but then a Ford Focus in the outside lane did collide with her car. Both drivers were injured.”

Sgt Baldwin added: “It transpired during our investigation into the crash that the DVLA had previously revoked Ms Thomas’s driving licence in February 2016 and so she should not have been driving.”

Anyone with information about someone driving without a licence or while disqualified can contact Sussex Police here or by phoning 101, quoting Operation Crackdown.