A cut through from Ditchling Road to London Road is to get more restrictions to deter people from using it as a cut through. 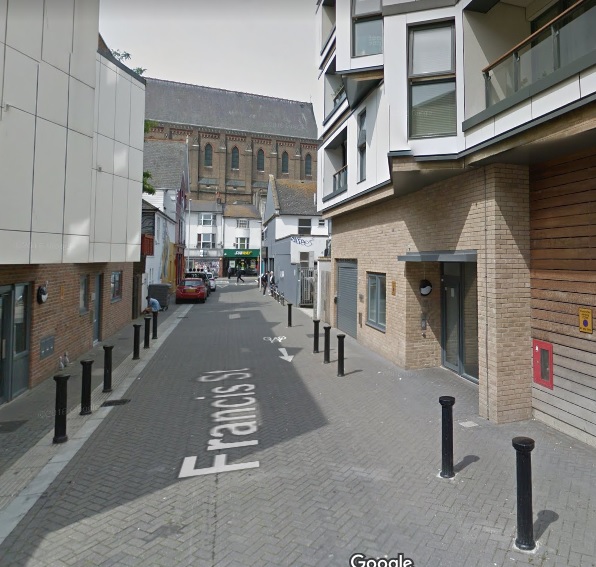 Residents of new homes in Francis Street, which reopened in 2014 as part of the market’s redevelopment, including over 80 new homes, have been troubled with noise and antisocial behaviour since they moved in.

In 2015, residents asked for benches to be removed as they were attracting drug dealers and other antisocial behaviour – and the same year, traders in the Open Market next door were reminded that leases in the new market meant they could not open later than 9am following noise complaints from residents.

Now, householders say they have since had problems with cars and market delivery vehicles becoming a hazard and making life difficult – and so it’s proposed the street should become a restricted zone, with access only signs, planters and bollards installed.

Council transport officers have been working with developers to resolve problems, and liaised with the residents’ ward councillor Louisa Greenbaum.

Locals said they had to walk in the road as pavements were blocked by market delivery vehicles, illegally parked cars and Blue Badge holders’ cars. Street furniture like lamps and cycle stands were poorly positioned, they felt.

Private garages were being blocked in and vehicles travelling too fast.

Changes agreed by last night’s environment and transport committee include:

Chair councillor Gill Mitchell said: “The market redevelopment improved the area and created much-needed homes. But the devil was in the detail for residents. I’m extremely glad we’ve been able to work quickly to find a way to improve people’s lives. That’s what the council is for.”

Speaking at the committee, Green councillor Pete West said: “We would like to have a 12-month review of the effectiveness and hopefully that will be enough time for bedding in – rather that than residents finding it’s not working and them having to go through the rigmarole of doing something again.”

Cllr Mitchell said the works would be monitored and if anything wasn’t working it would be put right.

Final changes are expected to be in place by the end of the year after consultation on legally-required traffic orders.