Auditor flags up concerns about school budgets, council staff cuts and growing use of outside contractors

A senior auditor has flagged up concerns about school budgets, council staff cuts and the growing use of outside contractors in his annual report.

A report to members of Brighton and Hove City Council said: “Many schools have started to take difficult decisions on staffing levels to ensure their financial security but school balances are reducing with some schools projecting financial deficits.”

“Other common areas for improving controls include collecting cash income (and) use of debit cards.”

A report to the council’s Audit and Standards Committee at Hove Town Hall this afternoon (Tuesday 25 July) added that school financial deficits could affect the council’s finances.

Mr Liddell said in his report to the committee: “The council did not fall victim to the well-publicised international ‘ransomware’ attacks that paralysed other parts of the public sector.

“However, the council remains at risk and needs to ensure that it identifies and addresses its cybersecurity risks (and) improves controls in vulnerable areas.”

Councillor Ollie Sykes asked: “Were we lucky? Or are we good? Or both?”

Mr Liddell said that the council had up-to-date versions of Windows but said: “We are vulnerable in other ways.”

Like many organisations, the council is looking at where it might be at risk with a view to stepping up online security and better protecting its data.

Concerns were expressed at the meeting about the capacity of the council and its staff to fulfil all of its many duties, given the continuing budget cuts.

The resulting greater workloads may be a factor behind level of sickness absence which has previously been regarded as notable.

It may, the meeting was told, also affect the council’s ability to manage the contracts awarded to other organisations to run services on behalf of the council. 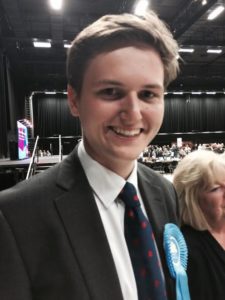 In recent years a cash collection contract was ended after a £3.2 million fraud. Housing contracts have also prompted questions and criticisms including an investigation into an alleged £18 million fraud and a separate issue with overcharging for maintenance work.

There were concerns about the “outsourcing of risk” – not least in light of the questions being asked after the Grenfell Tower fire in London last month.

And he added that “significant issues” had been identified “relating to housing repairs, emergency accommodation and the management of voids for temporary accommodation”.

In the past financial year nine in ten audit recommendations had been put into practice he said.

But 14 per cent of the high-priority recommendations had not been implemented. This was up from 5 per cent the year before.

He said: “This reflects the complexity of the issues raised such as information governance, building and systems access (and) parking permit fraud.”

His team had prevented 21 people from fraudulently buying a council property under the “right to buy” rules and had recovered 20 council houses and flats after tenancy fraud.

The internal audit team had also recovered £513,000 which had been overpaid and had identified £190,000 of extra income for the council.

The new chairman of the Audit and Standards Committee, Councillor Joe Miller, praised Mr Liddell and his team for saving the council more than was spent on running the internal audit team.

Mr Liddell was presenting his final internal audit report before moving to a more senior position with Orbis, an organisation providing financial and legal services to a number of councils including Brighton and Hove.

Councillor Miller thanked him and also thanked Councillor Ann Norman who chaired the committee for two years until May.