Two Syrian refugees who arrived in Britain just two years ago have passed four A levels with top grades and are to train as doctors in London.

They were awarded scholarships by Brighton College and have repaid the faith placed in them with amazing exam results. 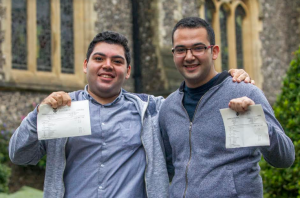 The school praised Sulaiman Wihba, who scored four A*s in maths, further maths, chemistry and physics, and Elias Badin, who studied the same subjects and achieved A*, A, A and A respectively.

Brighton College said: “Both young men endured torturous journeys to get to the UK two years ago, with Sulaiman stowing away in a refrigeration lorry surrounded by boxes of frozen chips to get to the UK and safety.

“After studying at Brighton College in the sixth form on full scholarships, both are now set to study at Queen Mary’s in London to become doctors.” 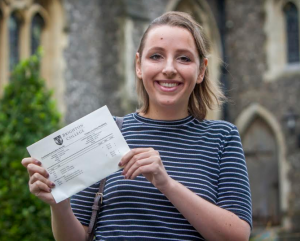 Another astonishing student notched up an A* performance despite spending the past two years battling a rare form of cancer, including a spell of treatment in America.

The school said: “After her lower sixth year two years ago, Phoebe Pickering was diagnosed with cancer – a rare sarcoma was growing around her kidney.

“She had completed her AS in English when she got the diagnosis.

“She had to take her upper sixth year off school but decided to carry on doing the coursework she would have done at school while she was having treatment in the US.

“In summer 2016, on the basis of how brilliant her AS marks were and the coursework she did while having chemotherapy, she has been given an A* at A level.

“This summer she completed her remaining two A levels in Latin and religious studies and scored a further two A*s.

“She will now take up her place at Cambridge University.” 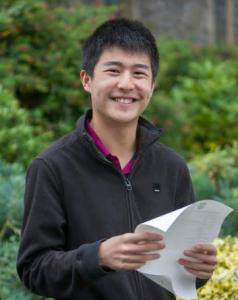 They were far from alone in achieving top marks with one in three A levels taken at Brighton College this year being awarded an A* grade.

The independent school said that more than 100 pupils – “that’s over half the cohort” – passed with A* and/or A grades in each of their subjects.

The top performer was Sam Lu, from Hove, who came to Brighton College from North Lancing Primary School and has achieved five A*s in chemistry, computing, maths, further maths and physics.

The school said: “Brighton College is celebrating after topping last year’s A-level results, with more than half of its pupils achieving As or A*s in each of their subjects. 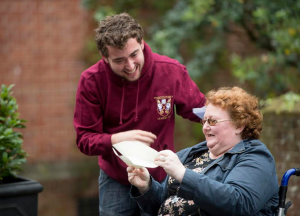 Headmaster Richard Cairns said: “These results reflect brilliantly on the commitment and hard work of our pupils and on the inspirational teaching of the entire staff.

“This was a year group more than any other that devoted huge amounts of time to other things, well outside the curriculum.

“Anyone who saw our dancers and musicians at the Brighton Pride event will know exactly what I mean.

“That they managed to do all of that and still achieve such wonderful results is humbling.” 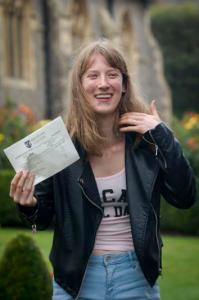 The school said: “Dora is our Patcham scholar, receiving a full bursary at aged 16 after attending Patcham High School.

“Dora’s parents are Hungarian and English is the second language spoken at home. Dora is now heading for Cambridge University.”

And Robin Denham came in with his mum Rosie to find out his results. Despite being the sole carer for his disabled and widowed mother, Robin achieved four A* grades in Chinese, Spanish, maths and further maths. He is taking up a place at Cambridge University.

Brighton business leaders invited to swim with the sharks