Armed police are to patrol a music festival in Brighton today (Saturday 30 September).

They will be sent to keep almost 10,000 people safe at the Boundary Festival in Stanmer Park where sniffer dogs will be deployed to help enforce a zero-tolerance approach to drugs.

Sussex Police also said that officers would patrol the A27 to ensure that people were not dropping people off or picking them up at dangerous spots.

The force said: “Music fans encouraged to have fun but stay safe at the Boundary Music Festival.

“Festival goers are being encouraged to stay safe and keep an eye out for friends at this weekend’s Boundary music festival.

“The event in Stanmer Park, Brighton, will welcome nearly 10,000 people who plan to take in the music at the festival.

“Sussex Police have been working closely with the organisers, local authorities and other agencies ahead of the event to ensure safety is the main priority.

“Firearms and plain-clothed officers as well specially trained dogs will all be working on the day to keep those going to the festival safe.”

Superintendent Paul Betts said: “We want everyone to enjoy the festival and officers will be working with the event security to keep people safe. The event site has a zero-tolerance approach to drugs.

“There will be amnesty bins just before the search area, giving people the opportunity to dispose of any substances before they enter.

“Drugs dogs and plain-clothes police officers will be patrolling the area and will be working closely with the site security.

“Buses will be running to and from the city to the festival site and taxis will also be available at the end.” 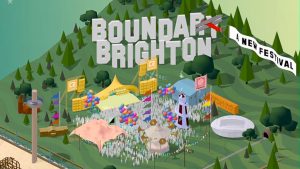 Superintendent Betts added: “People need to be aware that the site is next to a busy road and pick-ups and drop-offs are strictly in the designated areas only.

“There is a subway footpath that goes from the site to the Amex area and for people’s safety this needs to be used.

“We will have officers patrolling the roads and they will be stopping anyone who is attempting to drop off or pick up people in dangerous locations.

“Our offices are there to keep you safe so please feel free to speak to them and raise any concerns you have.”

Last month a student was sentenced to 150 hours of unpaid community service for bringing more than 200 canisters of nitrous oxide to the festival last year.

Nicholas Chroussis, 22, a geography student from Wood Green, London, was also given a six-month prison sentence suspended for 18 months.

Lewes Crown Court was told that Chroussis was stopped by security staff as he tried to enter the festival.

He had 245 nitrous oxide canisters, a dispenser and 250 balloons with him which he initially said were for personal use.