Residents evacuated after fire breaks out at Brighton house

Residents were evacuated after a fire broke out in a house in Dorset Gardens this morning. 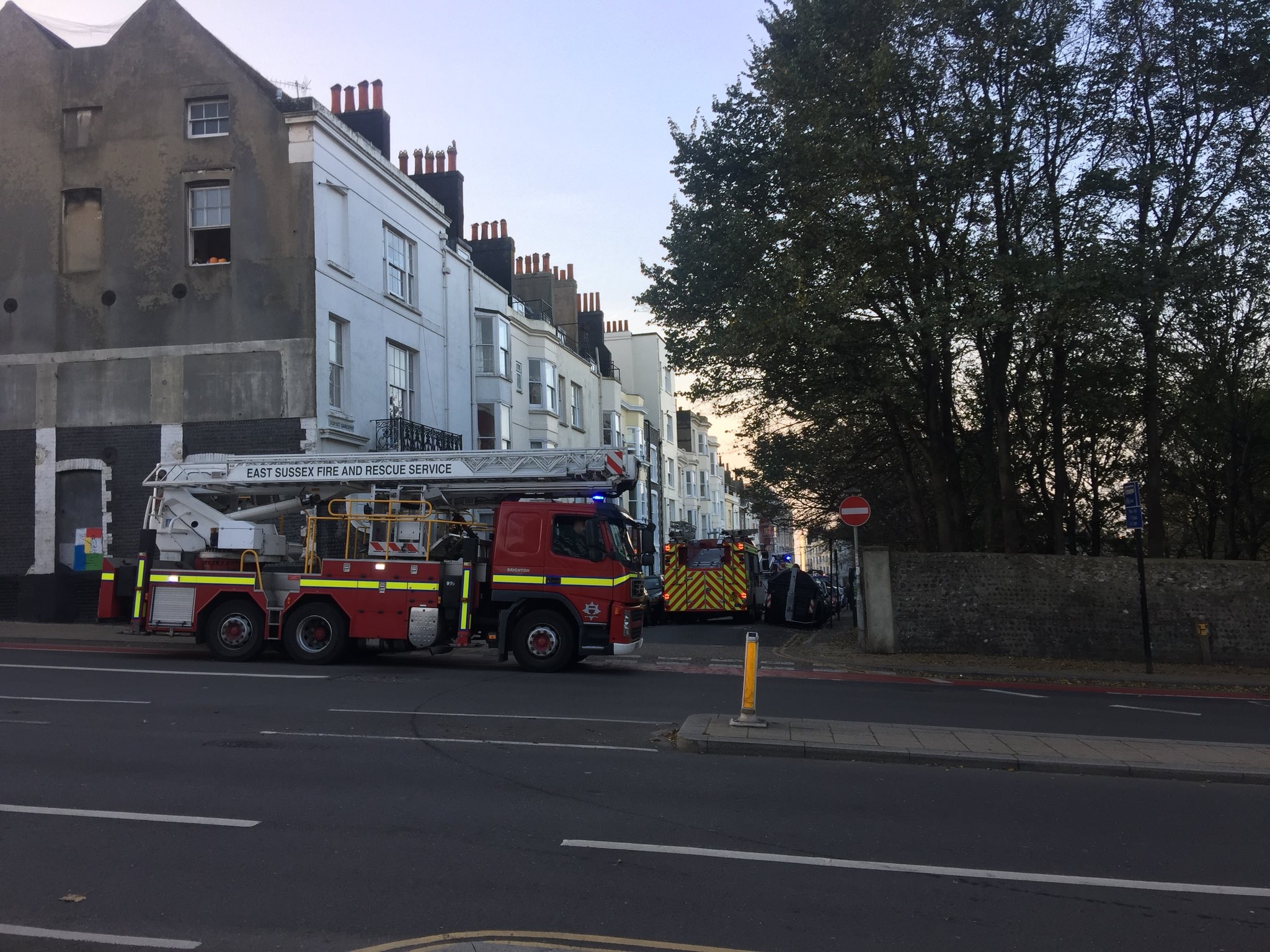 Everyone from the house got out safely, and firefighters cut away flooring to tackle the blaze, which started in a void between floors.

An investigation into what caused the fire is yet to be undertaken.

A spokeswoman for East Sussex Fire and Rescue said: “Crews from Preston Circus attended a property on Dorset Gardens, Brighton at 7.22am.

“Appliances sent to attend the scene were an Extended Rescue Pump Ladder, Water Tender and Aerial Ladder Platform. All residents were evacuated safely from the property.

“The fire started in a void between the first and second floor. Firefighters cut away flooring and the fire was extinguished.

“Firefighters left the scene at 8am. Currently, the cause is unknown as firefighters were called to another incident at Telscombe Cliffs.”

The callout followed a busy night for Brighton firefighters, who were called out three times for flooding incidents, as well as a couple of false alarms.

At 6.43pm yesterday, crews from Brighton attended Chelwood Close, Brighton following reports of a flood affecting electrics. Crews isolated the leak and advice was given.

At 8.44pm, Brighton crews attended a false alarm at a property on Blackman Street, Brighton.

At 11:15pm, firefighters from Brighton attended a flooding at a property on Belmont, Brighton. Firefighters gave advice to the residents.

At 5.05am, firefighters from Brighton attended a false alarm at a property on Bowring Way, Brighton.