Trains are delayed from Brighton today – because firefighters had to rescue a man who fell down the embankment by Brighton Station when attempting to retrieve his drone.

The drama unfolded just after 3.30pm when the man climbed over the wall at Howard Place, Brighton to retrieve his drone after getting it stuck in a tree.

He climbed down the wall to retrieve his drone, however he then got stuck and could not climb up or down the wall.

The fire and rescue team were called to assist, and they asked Network Rail to turn the power off to the track while they rescued him.

The power was off for 45 minutes, and at 5.30pm, trains were still subject to cancellations or delays of up to 10 mins.

The drone flyer was reported for trespass – but was able to retrieve his drone.

A Southern spokesperson said: “We apologise to passengers for this disruption. Trespassing on the railway is illegal and dangerous, so when a trespasser is sighted, we have to stop all trains in the vicinity to make sure everyone is kept safe.

“Our teams are now working hard to restore the train services timetable as quickly as possible.”

British Transport Police tweeted: “A member of the public got his drone and himself stuck on a railway embankment, causing delays across @SouthernRailUK , and requiring @NetworkRailSE @EastSussexFRS @SECAmbulance and ourselves to safely get him down.” 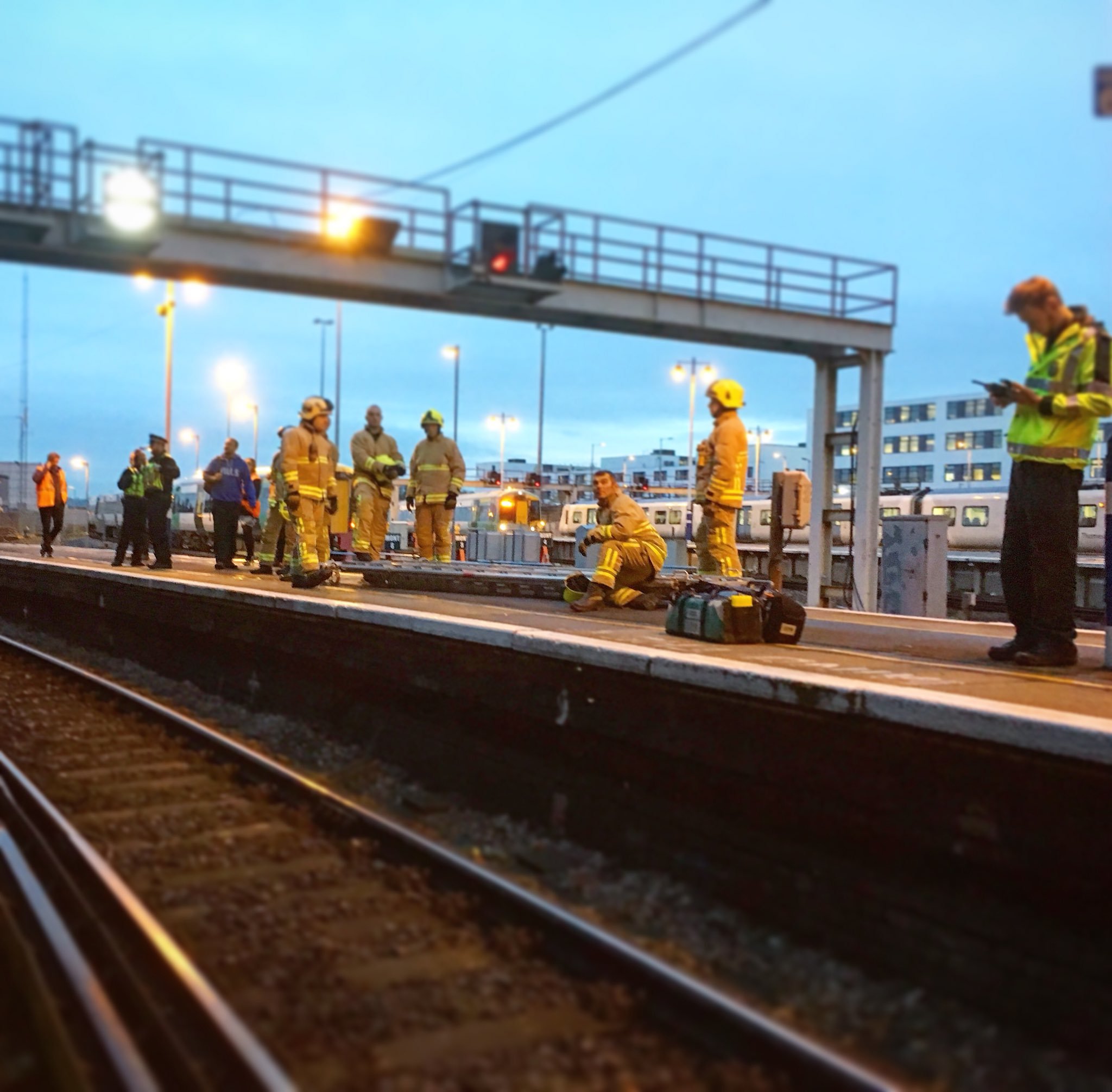 Mark Boyt, founder of Drone Safe Register, said: “If this man was a hobbyist, he shouldn’t have been flying his drone within 150m of a congested area – a town or city or any development of houses.

“There’s not many places in Brighton you can fly drones.

“Either he’s not aware of the law, or he is aware and is breaking it. The laws are in place to protect people and property because things do go wrong – as has obviously happened here.

“It’s still a very new industry and a lot more drones will be sold this Christmas.

“This man may have difficulty getting his drone back now the authorities have got involved. Thank god it didn’t land on anyone.”