Buildings on the Brighton General site could be demolished to make way for a new state-of-the-art community health hub under plans announced today. 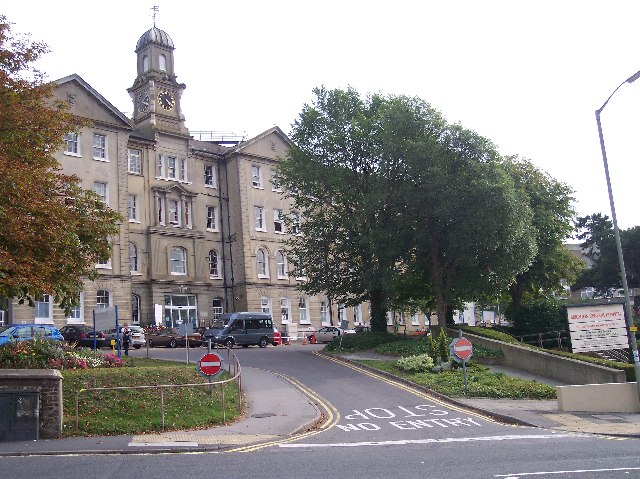 Sussex Community NHS Foundation Trust (SCFT) is drawing up four options for the site, ranging from doing nothing to a wholesale redevelopment of the site.

While the Arundel building itself, built in the 1850s as an infirmary and workhouse, is Grade II listed, the trust says many of the other buildings on the site are decaying or are not fit for purpose and expensive to maintain.

Once finalised, the four options will be published in the coming weeks and a final decision made by the summer of 2018. This will also include a decision on whether part of the site can be used for the new free school which Brighton and Hove City Council and the University of Brighton are hoping to open by September 2019.

Brighton and Hove News understands negotiations between the NHS and the city council remain unchanged in the light of this announcement. It’s official line is that the trust is also working closely with a number of partners, including the local authority, to consider whether, as part of the redevelopment, land can be released for other projects and services that could benefit the local community.

Siobhan Melia, Chief Executive of Sussex Community NHS Foundation Trust, said: “The Brighton General site has a long history and it is currently home to staff from Sussex Community Trust and a number of other health and care providers who deliver high quality services despite working out of buildings and facilities which have long since ceased to be fit for purpose.

“We think our patients, their carers and our staff deserve better and this project gives us an exciting opportunity to redesign the site in a way that makes sense and brings our buildings and facilities up to the standard we want and need to truly provide 21st century care.

“Today we are launching a programme of staff, patient and stakeholder engagement to keep everyone who has an interest, or may be affected, informed about the progress of the project and involved in key discussions.

“This is a highly complex programme of work and nothing is going to change in the immediate future but our intention is to move forward with as much pace as is realistically possible to deliver a modern and flexible healthcare facility for patients from within Brighton and Hove and across Sussex.”

The site currently houses a range of community, mental health, rehabilitation and outpatient services. It also accommodates a number of administrative and support staff.

Under the proposals a community health hub would bring existing services into modernised accommodation and could also allow for a range of new health and care facilities to be developed for local people such as GP services or community inpatient beds.

The trust says the current buildings are no longer fit for the delivery of modern health and care services. Many buildings are decaying badly, are damp and provide inflexible layouts originally designed for Victorian workhouse buildings.

It says feedback from patients and service users has highlighted that clinical areas are fragmented, the site is difficult to navigate and that the overall environment is not welcoming.

Buildings are becoming increasingly expensive to maintain as they age, diverting funds from the local health budget that the trust says would be much better spent on frontline NHS service delivery and patient care.

To take the development forward, SCFT will now create four workable options that can be narrowed down with input from patients, carers, local people and staff. This will include a ‘do nothing’ and ‘do minimum’ option in order for the Trust to understand the full impact of any changes.

During this phase, Sussex Community Trust will continue to engage with staff, patients and the wider public. This will include presentations and drop-in briefings, the distribution of written and online materials and information, and mechanisms for people to ask questions and contribute their thoughts and ideas to the project team.

The SCFT Board of Directors is looking to make a decision on which option to take forward based on all of this work by the summer of 2018. The preferred option will be put forward as part of a formal document known as an Outline Business Case. This plan will need to be approved by the national NHS Improvement organisation before it is put forward for public consultation to achieve planning consent.

The site, owned and maintained by SCFT, was originally built as a workhouse in the 1850s. It became a general hospital in 1948 but by 2009 the wards no longer met the relevant standards and there have not been hospital services on the site since then.

Down the hill at the Royal Sussex, the Victorian Jubiee and Barry buildings, the oldest still in use by the NHS and which have posed similar issues, are making way for a £480m revamp of the site.

The Jubilee has already gone, having been knocked down this year 130 years after it first opened during Queen Victoria’s golden jubilee year, 1887. The Barry Building, which is not listed despite an attempt in 2009, is due to come down next year.

The hospital’s William Hallet chapel is Grade II listed, and was originally slated for demolition as part of the redevelopment of the site, but following protests it is now going to be relocated instead.