Register of 180 brownfield sites highlights potential for 8,000 new homes across Brighton and Hove

A register of 180 brownfield sites with the potential for more than 8,000 homes has been published by Brighton and Hove City Council.

The public register has been compiled to meet a new legal requirement as part of the government’s efforts to identify sites for housebuilding.

The list includes some places where planning permission has been granted but work is not yet under way.

Examples include Anston House, in Preston Road, Brighton, the site of the old Sackville Hotel, on Hove seafront, and Preston Barracks, in Lewes Road, Brighton.

Other sites listed not only have planning permission but work is already under way.

They include Circus Street, Brighton, the site of the Lansdowne Place Hotel (formerly the Dudley), in Hove, and Brighton Marina.

Some of the sites in the register are expected to be the subject of a planning application before too much longer.

Among them are the recently demolished American Express building site in Edward Street, Brighton, the King Alfred, on Hove seafront, and the Sackville Road Trading Estate, also in Hove.

Other sites are listed although they seem likely to continue in their current use for now.

They include the police station in John Street, Brighton, the Royal Mail delivery office, in North Road, Brighton, and Richardson’s scrap yard, near Preston Circus, Brighton.

And the inclusion of the EDF offices, in Portland Road, Hove, the Corals dog track, in Nevill Road, Hove, and the bus garage in Whitehawk Road, Brighton, will also give rise to questions. 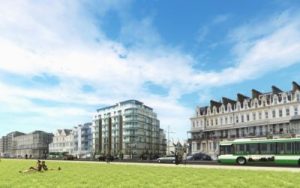 The council said: “Almost 180 brownfield sites have been identified as having potential to provide space for the homes Brighton and Hove needs in future.

“They are contained in the city council’s new Brownfield Land Register (BLR). If all were developed, they could provide over 8,000 homes.

“Most of the locations have long been public knowledge and the council is not claiming to reveal any previously unknown building plots.

“Some sites are already being developed, others have planning applications approved or pending and some are identified as suitable for housing but have no proposals currently linked to them.

“The BLR makes clear there are difficult problems to overcome with many sites, ranging from contamination to complex mixed ownership. None could be developed without the owner’s involvement.

“Examples on the BLR include the former gas works site near Brighton Marina, which would be suitable for around 85 homes, plus jobs and retail uses.

“The old Saunders glassworks site in Sussex Place, central Brighton, has space for 49 homes but is currently being used as a coach park.

“Councillors are being asked to approve the new BLR list at the Tourism, Development and Culture Committee on (Thursday) 11 January. The list will be updated annually.

“Eighty seven per cent of the city’s future housing is expected to be on brownfield sites.”

Councillor Alan Robins, who chairs the Tourism, Development and Culture Committee, said: “We do look first at brownfield sites.

“Homes are being built on brownfield sites right now. But clearly there are many more.

“This is about looking for potential rather than a promise to develop every site. That’s not entirely within our control as nearly all sites are privately owned and some have businesses on them which we cannot lose.

“We’re willing to work with owners and developers, big and small, to unlock these sites where possible.” 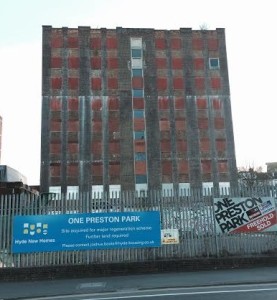 The council said: “Under the government-approved City Plan, a blueprint for Brighton and Hove’s development, the city is required to provide a minimum of 13,200 homes by 2030.

“Brownfield land is defined in the National Planning Policy Framework as land which is or was occupied by a permanent structure and any associated fixed surface infrastructure.

“Exceptions include land in built-up areas such as private residential gardens, parks, recreation grounds and allotments.”

The register – and a report about it – is included in the agenda for the Tourism, Development and Culture Committee meeting at Hove Town Hall next Thursday (11 January).

The meeting, which is due to start at 4pm, is open to the public.

Brighton and Hove Albion under-23 striker goes out on loan