Tributes have been paid after the death of former Brighton councillor Brian Pidgeon.

Mr Pidgeon, 82, represented Patcham Ward on Brighton and Hove City Council for 13 years and served as chairman of the Brighton Pavilion Conservatives. 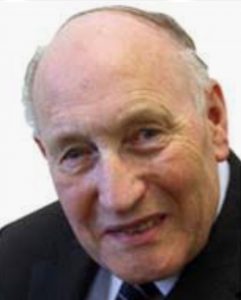 Councillor Mary Mears, the Conservative leader of the council from 2008 to 2011, said: “It’s sad. I have the fondest of memories of him.

“He was very well respected in the ward. He was such a hard-working ward councillor.

“I had the greatest respect for him.”

Colleagues spoke of the robust and plain-speaking way in which he sometimes spoke up for the people he represented.

Mr Pidgeon had retired from work by the time he won his seat in a by-election in April 2002 after the death of Councillor John Sheldon.

Despite his own increasing frailty in his final years, he was until recently caring for his wife Joyce, who is blind.

He stood down at the May 2015 local elections and two months later – at the age of 79 – he was made an honorary alderman of Brighton and Hove. The unpaid title is conferred in recognition of long or distinguished service.

A party colleague said: “Brian was well known and loved in the city for his hard work and for standing up for the residents by all parties.

“He was a butcher by trade, councillor by design, local champion by hard work.”

Councillor Tony Janio, leader of the Conservative group on the council, said: “Brian not only served the city with pride, dedication and passion over the years, but was also an early mentor to me as a new councillor – often passing judgment, in his own unique style, with a punishing ‘that is a disgrace young man’.

“I soon learned what Brain thought on many issues.

“Brian will be missed by everybody who knew him, and on behalf of the Conservative Group at Brighton and Hove City Council I would like to express our sincere condolences to his family and friends who supported him over the years.

“Our thoughts and prayers are with all who knew him at this difficult time.”

He leaves not only his wife Joyce, also 82, but two daughters, Davina and Tracey, and three grandchildren.

Lewes MP Maria Caulfield, who served on the council alongside Mr Pidgeon, said: “Brian was a man and voice of experience who when I first joined the council took me under his wing.

“I was impressed by his passion for serving the city. He always kept in touch with me offering advice and support after he stood down and I shall miss his charms and ways.”

Councillor Steve Bell added: “I first met Brian back in 2005, when he would read me the riot act on party policy.”

He was, Councillor Bell said, “a formidable character in his cheese cutter hat who always left me in no doubt of his views, but what a lovely dedicated man.”

Councillors of all parties are expected to remember Mr Pidgeon at the start of the next meeting of the full council on Thursday 1 February.

Protests held in Brighton and Hove as train fares rise