A second Brighton MP has called for the introduction of drug consumption rooms saying that the war on drugs had failed.

Lloyd Russell-Moyle, who became the Labour MP for Brighton Kemptown at the general election last June, has taken a similar line on drugs to the Green MP for Brighton Pavilion, Caroline Lucas.

Mr Russell-Moyle spoke in a House of Commons debate in Westminster Hall on Wednesday (17 January).

He said: “One of the clearest failings in public policy has been the war on drugs.

“Treating addicts as criminals has clearly failed. It does not work. It led to 3,744 deaths last year alone.

“If honourable members think more enforcement will work, I am afraid they are sadly deceived.

“The evidence from around the world shows time and time again that DCRs (drug consumption rooms) are a way to help people stop taking drugs. They are places where people can engage safely.

“Let us take Sydney as an example. In 1999, the King’s Cross area of Sydney was known particularly for its large number of overdoses and deaths.

“In the British national picture, I see similar patterns in parts of Brighton and Hove.

“I remember visiting Sydney at that time, and it was a problem. Drug consumption rooms were trialled, and after 10 years KPMG commissioned an independent report, which found that in those 10 years there was not one single fatality among any of the users who had attended the rooms.

“Let me repeat that, because some honourable members do not seem to get the difference.

“In Sydney, where there were 4,400 drug users, not one single person died, whereas 3,744 died in Britain last year.

“I know which system I would prefer: the one that led to no deaths on my hands.

“People who advocate for a cracking down are advocating for the deaths of sons, daughters, friends and family members. That is the cruel reality of the current policy.

“The KPMG study found that there were no drug deaths among the people who had used and engaged with the rooms, of whom there were 4,400 over that time. 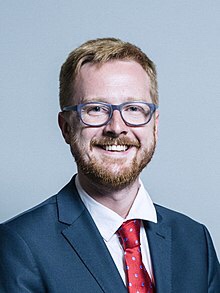 “The rooms provided 9,500 referrals to welfare services in the wider communities. Most importantly, they won the support of residents and neighbours.

“One of the things we hear time and again – I am sure this will be brought up – is that people do not want these things in their backyard.

“As colleagues have said, the reality is that they are in people’s backyards – quite literally.

“I remember canvassing up flights of stairs in tower blocks and people were shooting up right in front of me.

“They had nowhere to go and no support was offered. The only thing we can do is ring the police but we know that in a day or so the revolving door will start again.

“Globally, countries have gone down two tracks: the prohibition track or the treatment track.

“At the same time, in all those jurisdictions, usage has slightly decreased. However, in jurisdictions that go down the prohibition route, the harm caused by those harder drugs has rocketed and the number of people getting stuck in long-term habits has increased. 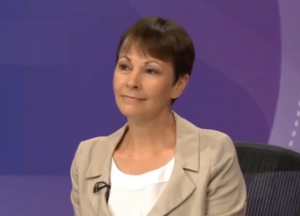 “Under the treatment route, as we have seen in Portugal and so on, we have seen long-term usage go down and the harm slashed.

“Surely that is what our policies must be about: the harm to communities and individuals.

“I feel the policing issue is something of a straw man argument. If there is a centre that people are asked to go to for treatment and to abstain from drugs and stop their addictions entirely, should those people be stopped from going to the centre on the off chance that they might have drugs on them because they are addicts?

“Should they be followed home? Should we try to entrap them? We do not do that at the moment, so suggesting that the police would need to do that with DCRs is a straw man argument.

“No law is perfect, and there are grey zones, but surely it is better to work within those legal grey zones, deal with issues through dialogue with the police and save lives, than to have a system in which we have a hard and fast rule and thousands and thousands of people die.

“Some 56 people died in 2014-16 in my city of Brighton and Hove- it is also the city of the honourable member for Brighton Pavilion (Caroline Lucas), who I am sure will testify – which is actually lower than in previous years.

“Let us base this on evidence from elsewhere.”

Caroline Lucas said: “One of the big strengths of DCRs is their ability to reach people with drug addiction problems who are not otherwise known to the services.

“If we build relationships and trust with such people over time, we are much more likely to get them into services that can begin to address the reason for their addiction.” 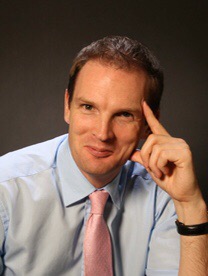 She added: “The Advisory Council on the Misuse of Drugs … has recommended that DCRs are a policy that we should pursue.

“It is the case that not only have DCRs not been a venue where people have died, but they have been one of the most effective interventions at getting people away from addictions. DCRs are not being complacent about addiction. They are being realistic.”

And a former Brighton hospital doctor, Dan Poulter, who served as a Health Minister in David Cameron’s coalition government, said: “One of the problems with the current approach is that by punishing people who, through addiction, are medically unwell – that is the way I see it, as a doctor – we are worsening the ability to engage with them effectively in healthcare terms and worsening the spiral of addiction through debt and the criminal justice consequences.”

The three-hour debate has no formal purpose other than to raise the issue with a government minister who responds.

She said that there may have been no deaths in drug consumption rooms in Sydney but that hadn’t prevented drug deaths elsewhere in the Australian city.

She also said: “Nobody in this house wants people to become addicted to heroin, crack cocaine or any drugs.

“We are all grappling with the ways in which we can fight that drug battle, help addicts and ensure that gangs do not lead young people on to the wrong paths and into taking drugs.

“To be very clear from the start, the government do not agree with the honourable gentleman’s suggestion. We have no intention of introducing drug consumption rooms.”