Two missing girls who were thought possibly to be in Brighton or Hove have been found, Sussex Police said.

But the younger of the two girls has since run away again. 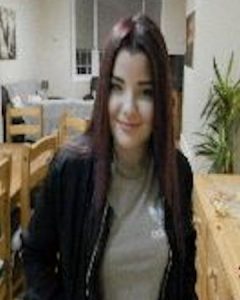 The force issued a public appeal to trace Emily Newman, 14, and Poppy Bourke, 12, both from Littlehampton, after they disappeared on Thursday evening (8 February).

Less than 24 hours after making their public appeal, police had located the two girls.

Since then, 12-year-old Poppy has vanished again.

Sussex Police said: “A teenager is believed to be in London or Hertfordshire after going missing from her Littlehampton home.

“Poppy Bourke was back in Sussex on Friday night (9 February) before leaving again at 7.25am on Sunday (11 February) and getting on a train from Angmering train station.

“Officers believe the 12-year-old is in the King’s Cross or Camden areas of London or may be travelling to Hertfordshire, where she was found on Friday.

“Poppy is white, 4ft 9in, of slim build and with very long straight black hair. She was last seen wearing blue jeans and a green jacket.”

Officers had said that they were “extremely concerned” for the welfare of the girls, who live in Littlehampton.

Sussex Police said at the weekend: “Missing teenagers Emily Newman and Poppy Bourke have been found.

“They were found in Hertfordshire on Friday night (9 February).”