Report on The Go! Team’s hometown gig in Brighton 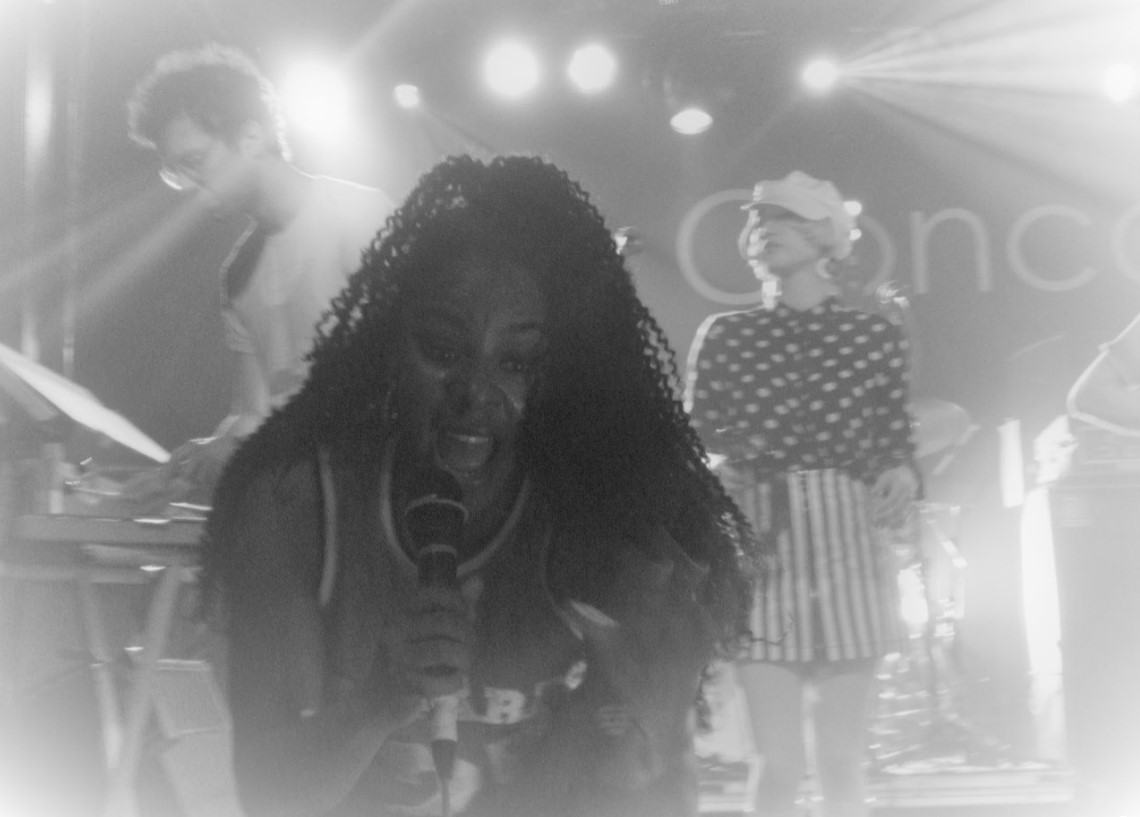 The Go! Team formed 18 years ago in Brighton and still are considered an enigma in the music world. Founder member Ian Parton’s vision was to merge together an unusual conglomerate of musical ideas that would see the use of electro, old skool hip hop, indie guitar work, double Dutch chants and Bollywood soundtracks! Sounds weird right? Well, somehow Ian’s bravery has been working out just fine. 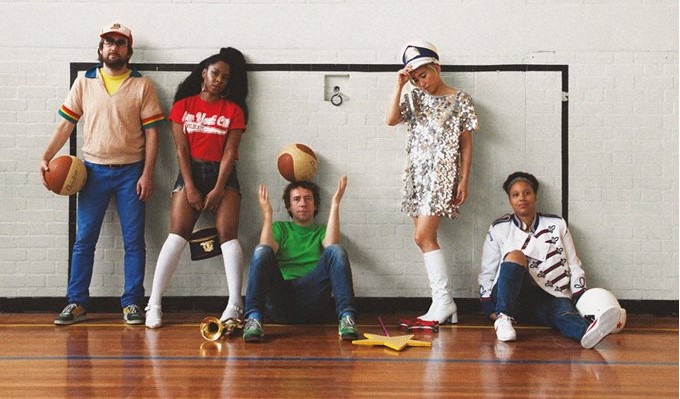 He recorded the debut album ‘Thunder, Lightning, Strike’ in 2004, with its meticulously chosen samples and trashy live instruments in his parents kitchen and surprisingly got bucket loads of critical acclaim and was nominated for the Mercury Prize in 2005. Radio airplay from BBC Radio 1, XFM and the likes ensued. The follow-up album ‘Proof Of Youth’ arrived in 2007 and four years later, the ‘Rolling Blackouts’ album appeared. 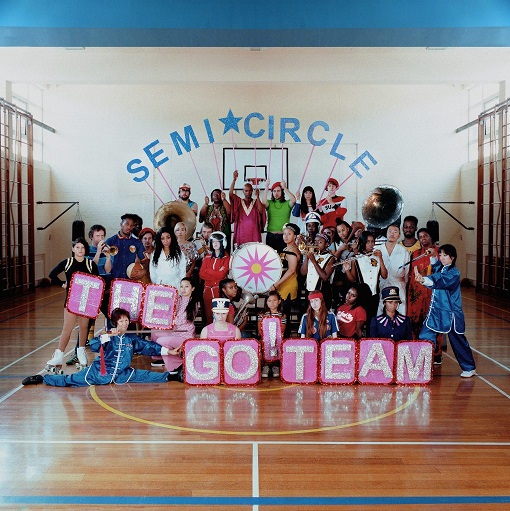 However, my fave The Go! Team album is actually 2015’s ‘The Scene Between’ with its awesome ‘What D’You Say?’ single and now new platter ‘Semicircle’ has landed in 2018. It is available in various limited edition album bundles, including neon pink vinyl and signed screen printed test pressings, as well as the usual CD, cassette and download formats.

Thus Ian Parton and his current band-mates including Angela “Maki” Won-Yin Mak, Nkechi Ka Egenamba (aka Ninja), Sam Dook, Cheryl Pinero, Simone Odaranile and a couple of others (thus making an octet) have embarked on a world tour. The first date being a hometown gig at the Concorde 2, which was incidentally upgraded from The Haunt, due to public demand! In fact they also sold out the Concorde 2. I wonder how many unhappy souls missed out?

Support acts for our Brighton show were GURR and Neon Saints Brass. 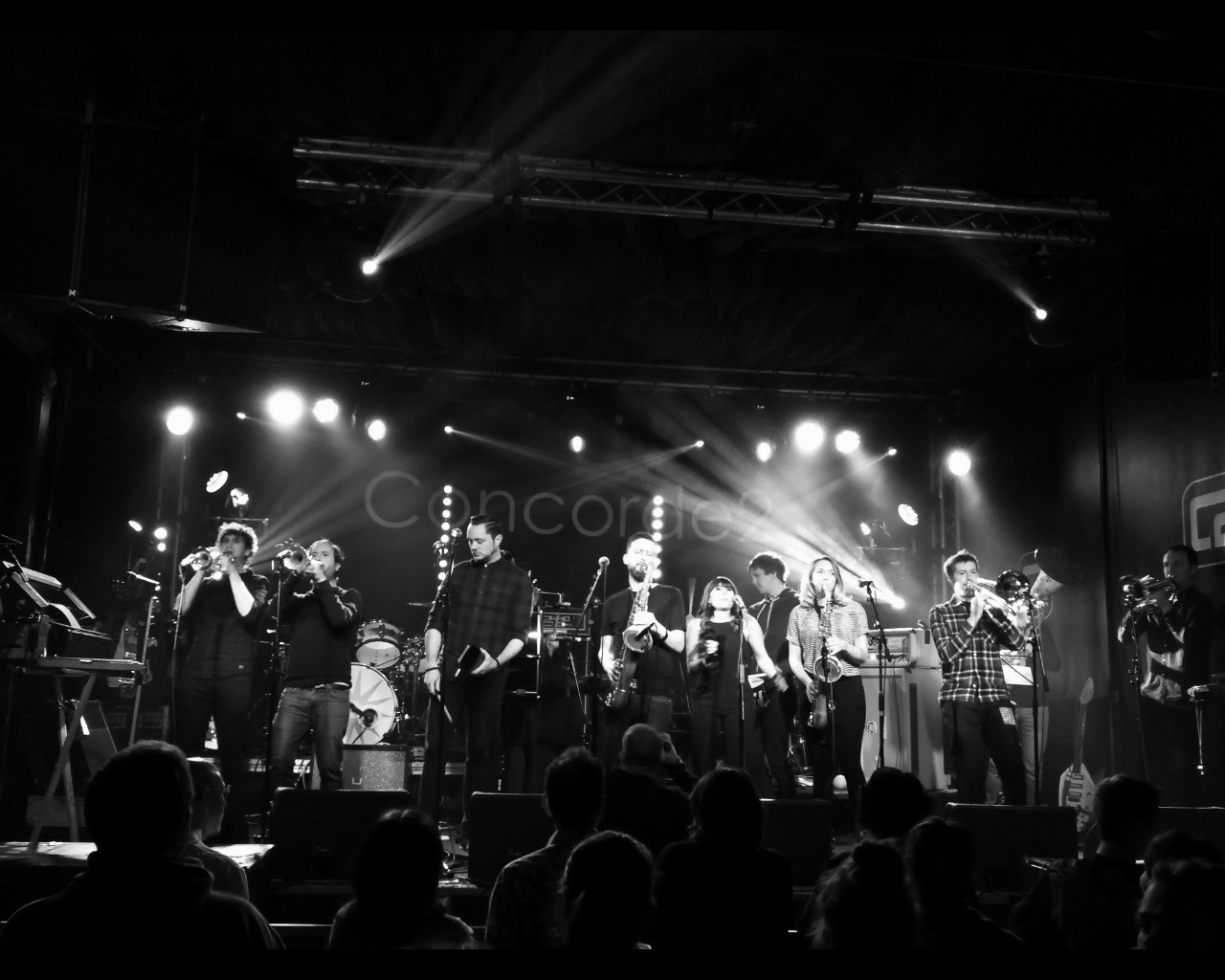 I could be wrong, but I counted only eleven members of the dozen in the Neon Saints Brass, who are Brighton’s swinging answer to New Orleans jazz, soul, funk, and hip-hop brass. The crowd present at this early stage in the proceedings, mainly seemed to enjoy their enthusiastic set, however, I for one could take them or leave them. You can decide for yourself by clicking here: https://www.facebook.com/neonsaintsbrassband 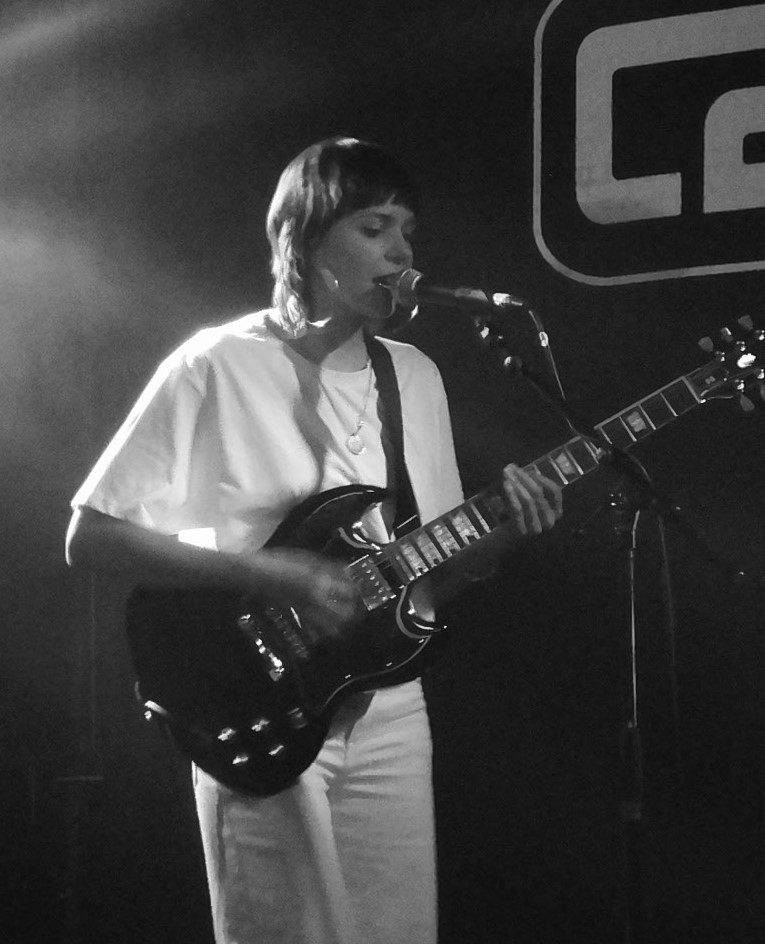 Next up were GURR and I was chuffed about seeing them play live again, as they performed at last years Great Escape festival. Where we reported at the time that “Gurr are a girl duo from Berlin, that expand into a four piece when playing live. Just like Spanish garage pop ladies Hinds have done. In fact Gurr do sound like Hinds and they are both fun bands too. Gurr have released an album last October entitled ‘In My Head’ and now have actually quit their jobs and are hopefully going to make a success of their music career”. 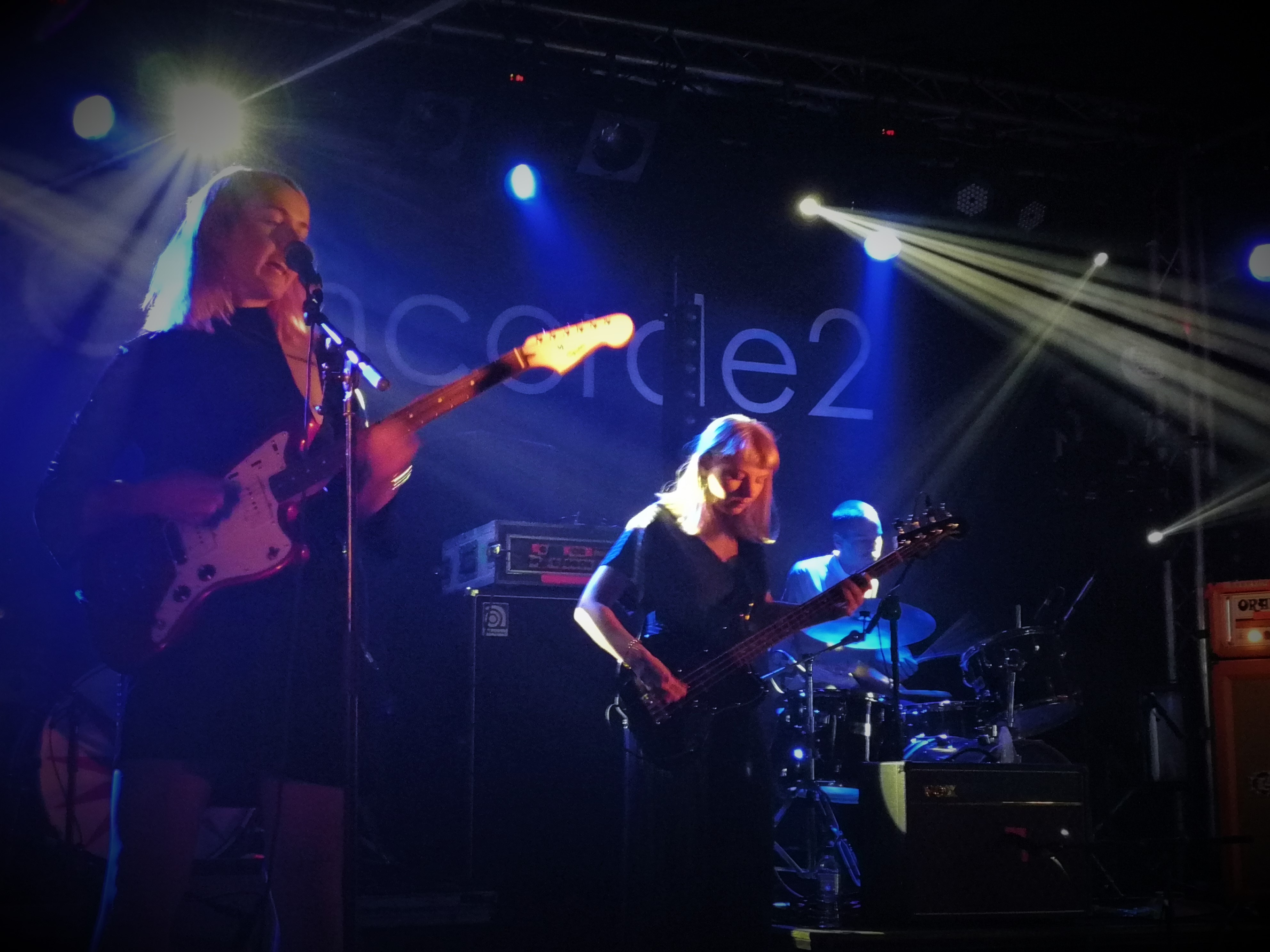 They went down rather well at the Concorde 2, despite obviously being the rocky act of the night. If I am being honest, then I must say that I preferred their Great Escape performance more. That being said, their finale which was culled from their latest ‘In Your Head’ album was the highlight of their set. You can hear/purchase it here: https://gurrband.bandcamp.com/album/in-my-head 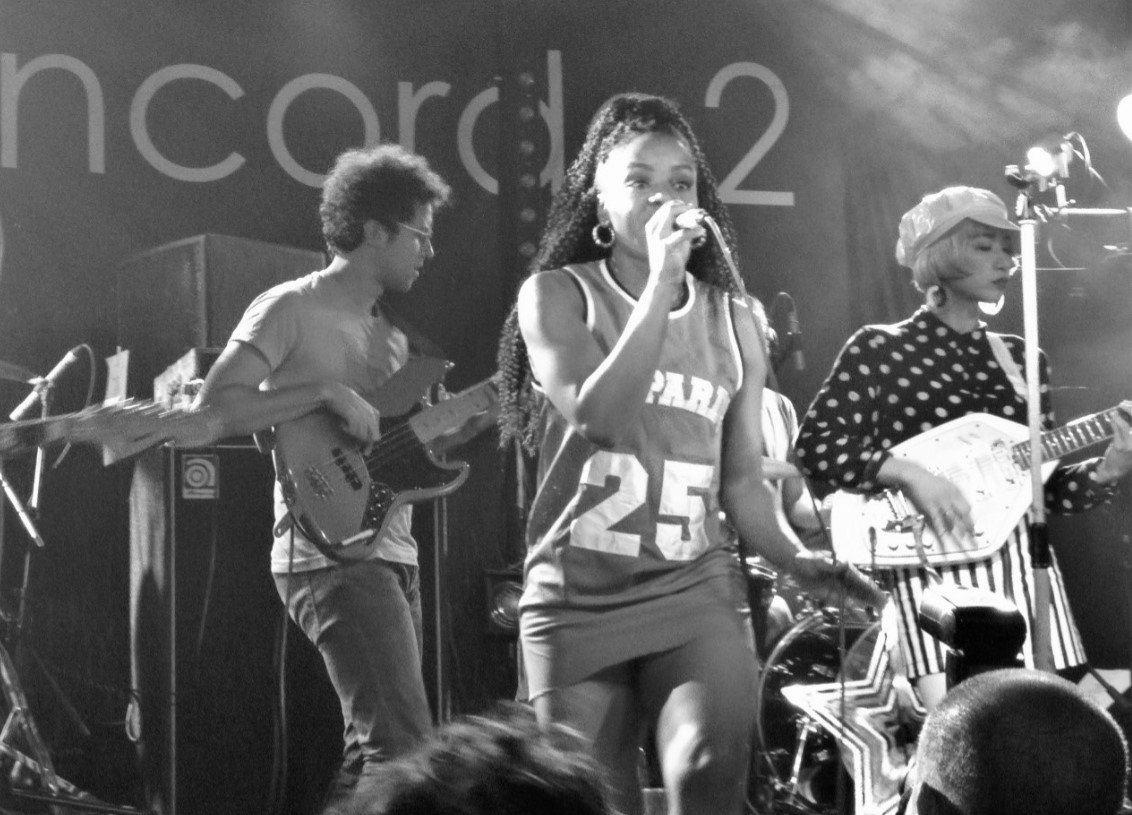 Finally it was time for The Go! Team to grace the stage. They sure are a wide cross section of musical styles and looks, which was also mirrored by tonight’s fully packed audience, which ran from teenagers with blue hair and nose rings to old geezers in cloth caps (yes really!). 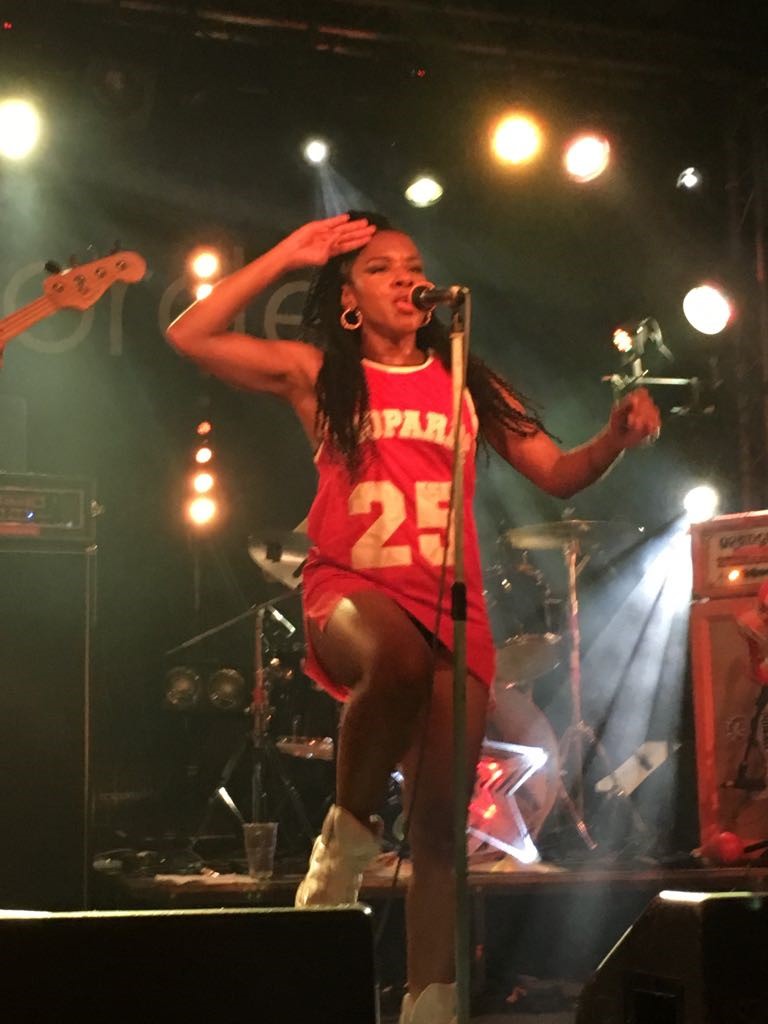 Meanwhile on stage, Ninja had the crowd like putty in her hands. She had so much energy, no wonder she sneaked a few rests on top of the speakers by us. I thought it was great when they were using two drummers and if that is you bag then you certainly must check out Brighton’s AK/DK. The band kept swapping around instruments and so they are obviously multi-talented at doing this, but they quite often threw everything into the kitchen sink. There was several occasions when the barrage of sound (including over enthusiastic guitar playing) did clash somewhat and possibly a less is more attitude might have been better adopted. I strongly suspect that I wasn’t the only person present to come to this conclusion. But having said that, then it might not be in The Go! Team style would it? You can take a listen to their recent work here: https://www.youtube.com/watch?v=evwkrcL8P6g 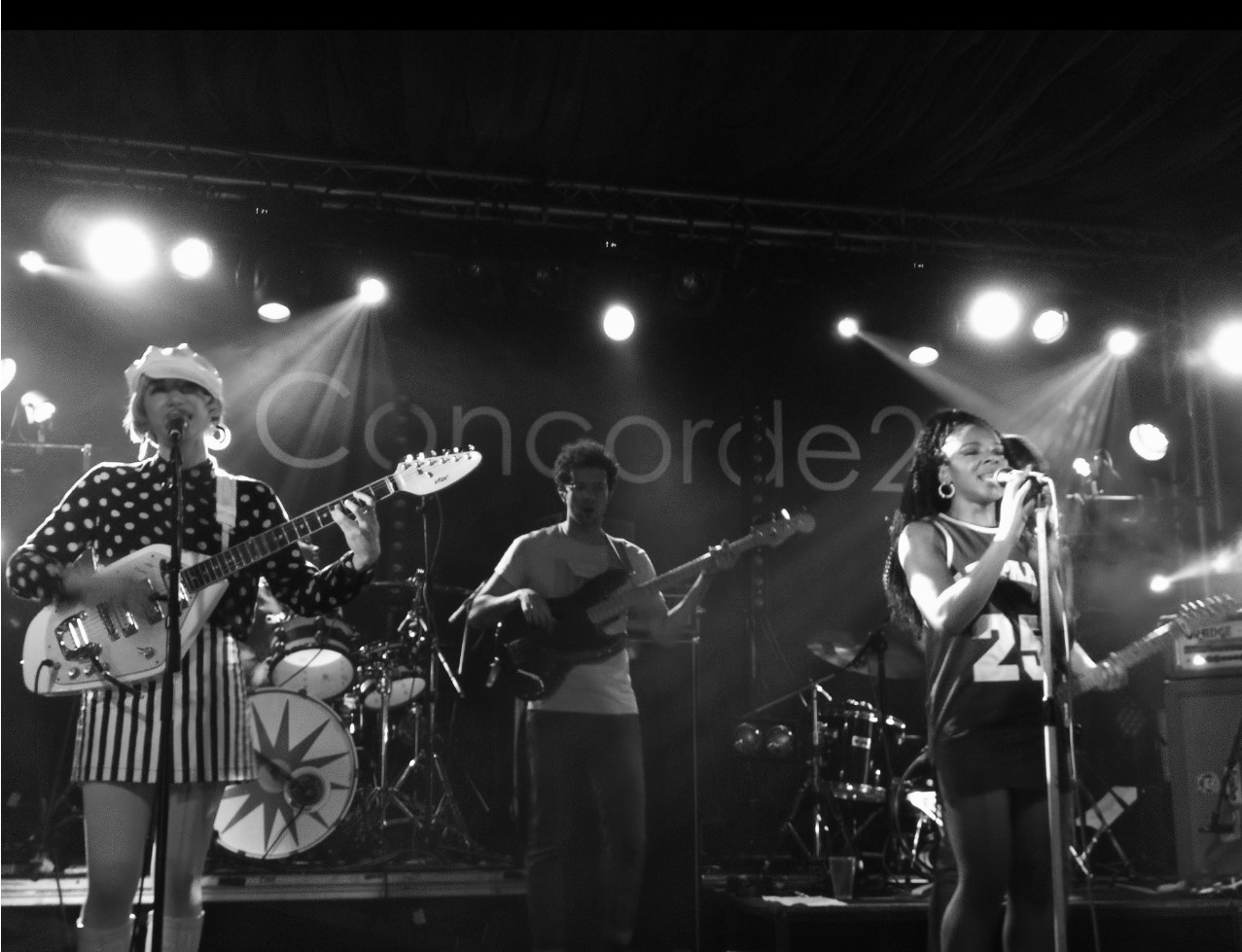 We were treated to seventeen songs, but oh no where was ‘What D’You Say?’

For more info on The Go! Team visit: https://thegoteam.co.uk/ 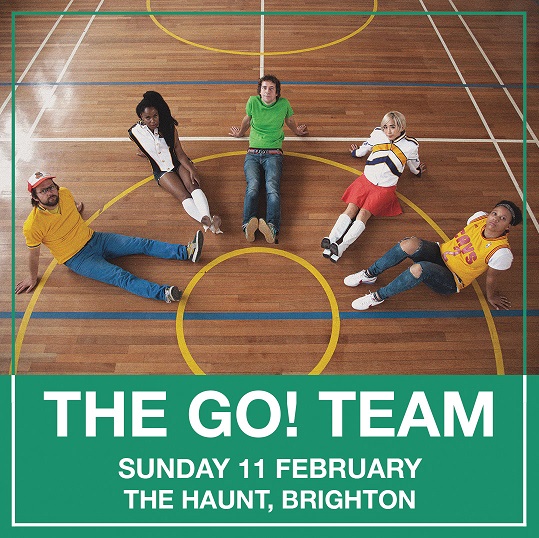