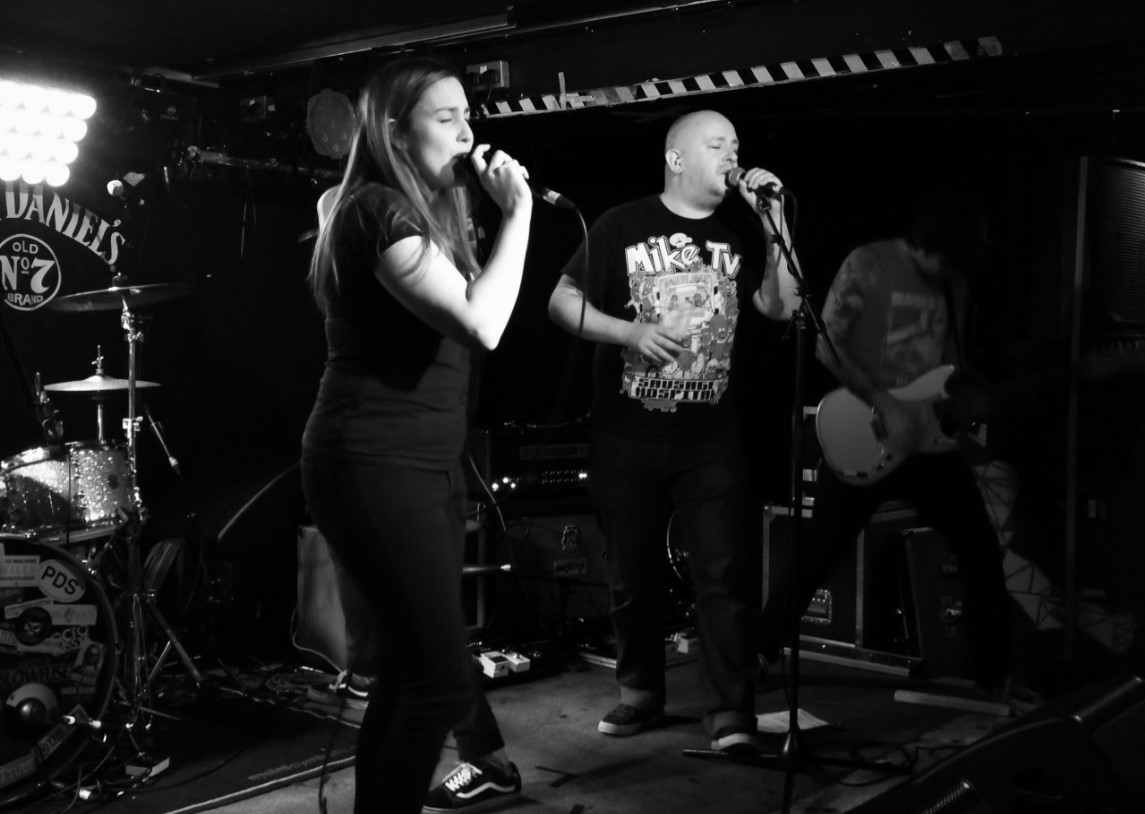 FOR I AM with F.O.D singer on the right

Sticky Mike’s Frog Bar in Brighton threw open its doors to the world as they welcomed two unknown (in this country) Belgian punk bands (F.O.D and FOR I AM) for the night, who’s fans celebrated in joyous revelry instead of a bloodbath.

This evening Brighton had witnessed a couple of the very best Belgian modern punk bands around. Their sound is more akin to Green Day than the Sex Pistols, but hey they can both be fast when they want to. But instead of snarling slurred vocals, you get melodious Irish shanty style. So I guess you could say that they were an amalgam of the aforementioned Green Day with punk stalwarts GBH, Bad Religion and Stiff Little Fingers mixed with almost poppy vocals. Strange – yes – but it works on both counts. 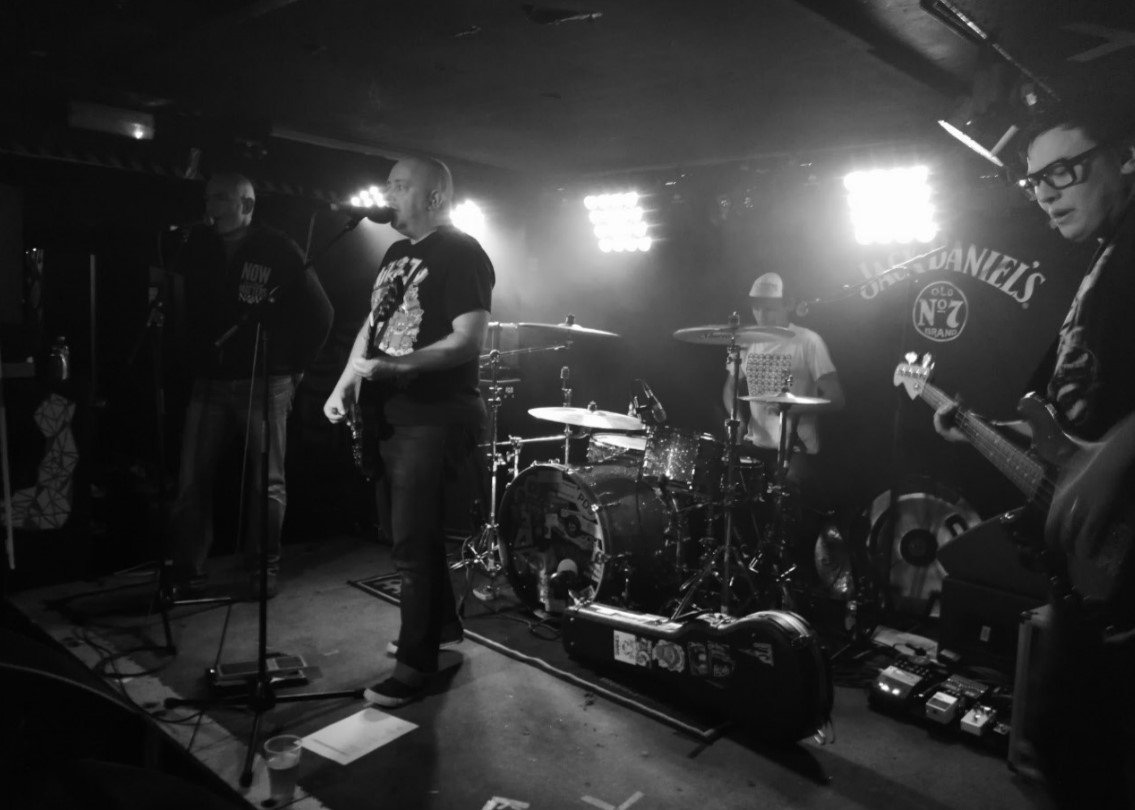 It’s fair to say that if you are going to another country and you are organising a tour, then you should promote it accordingly and charge the right prices to get the punters in. Maybe this is work in progress for tonight’s promoter, but hey, no matter how many people were in the sparse crowd, the bands were going to have a party and indeed they did.

The crowd were mainly made up of what I perceived to be Belgian Dutch (Flemish) speaking late teen revellers who had consumed a beer or three or possibly consumed something of a tobacco nature, if you catch my drift. There was no hint of aggression anywhere, in fact they all weaved in and out of each other and danced around and linked arms and had a whale of a time, instead of pogoing on the spot. It was quite fascinating to observe. It reminded me of a boat trip that I took to Zeebrugge many years ago, when these Dutch guys and girls on the boat decided to stage an impromptu rave on board and whizzed around to their Gabba (pronounced Habba if I recall) music, such as the Party Animals track ‘I Want To Be A Hippy’. It must be something in their blood. The audience tonight was going to have fun no matter what – nice one guys. 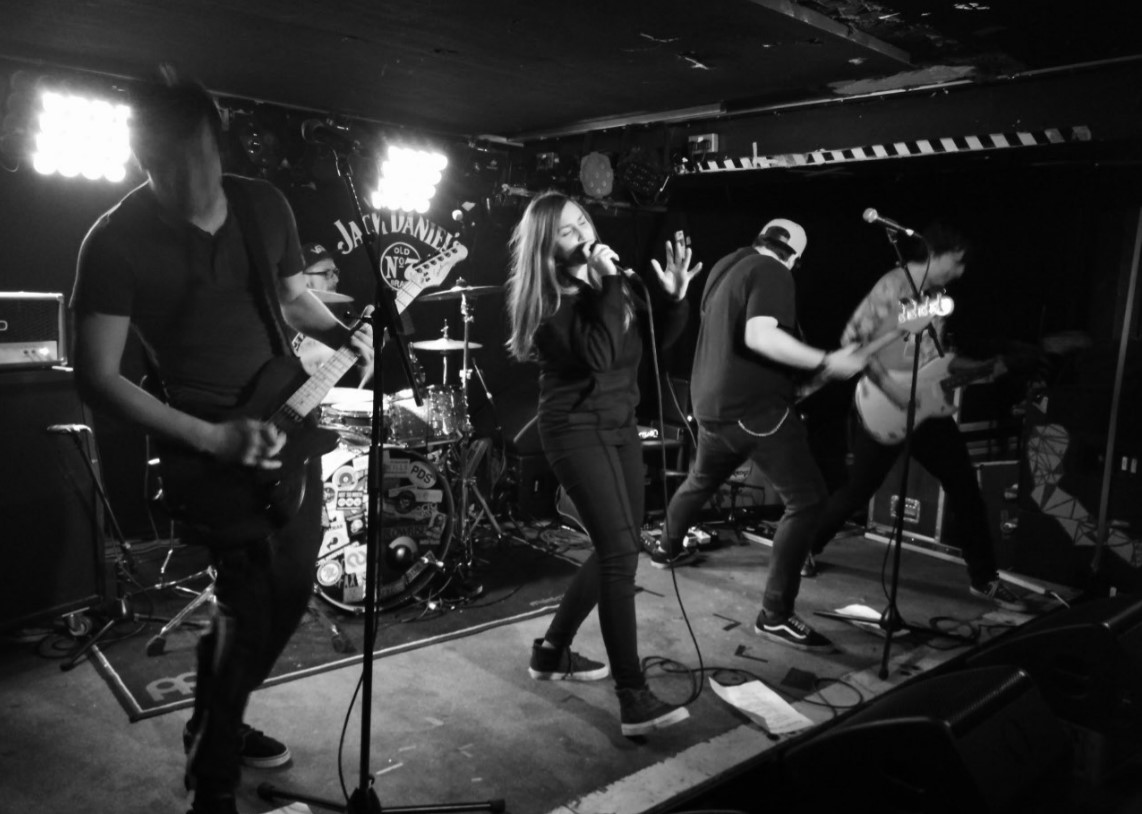 FOR I AM at Sticky Mike’s

First up for the evening were FOR IAM. Their pleasant mentality is captured in their mission statement which reads “Does the world really need another pop-punk band? Probably not, but we started one anyway. We are called FOR I AM… “.

FOR I AM are five people (I only counted 4 tonight) who have always loved playing music and so they somehow found each other in a punk rock project. Their goal is to play music that they enjoy very much themselves and that will make others dance their socks! Yep, that’s what happened tonight. I got a shot of their setlist, but I suspect that they didn’t exactly stick to it. But my standout tracks were ‘Laundry Man’ from their current album entitled ‘All About Perspectives’ and the following track on the setlist which was likely to have been ‘For All You Pretty People’, which can be found on their 2015 ‘15 Minutes Late’ album. They were joined by the F.O.D singer on one track too. Half an hour past and their set was over and I really enjoyed myself, with my new found European mates for the night.
More info on FOR I AM try these: www.facebook.com/foriamband
https://foriampunk.bandcamp.com/ 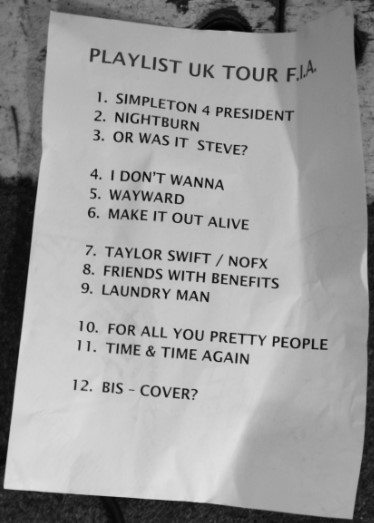 Proposed FOR I AM setlist 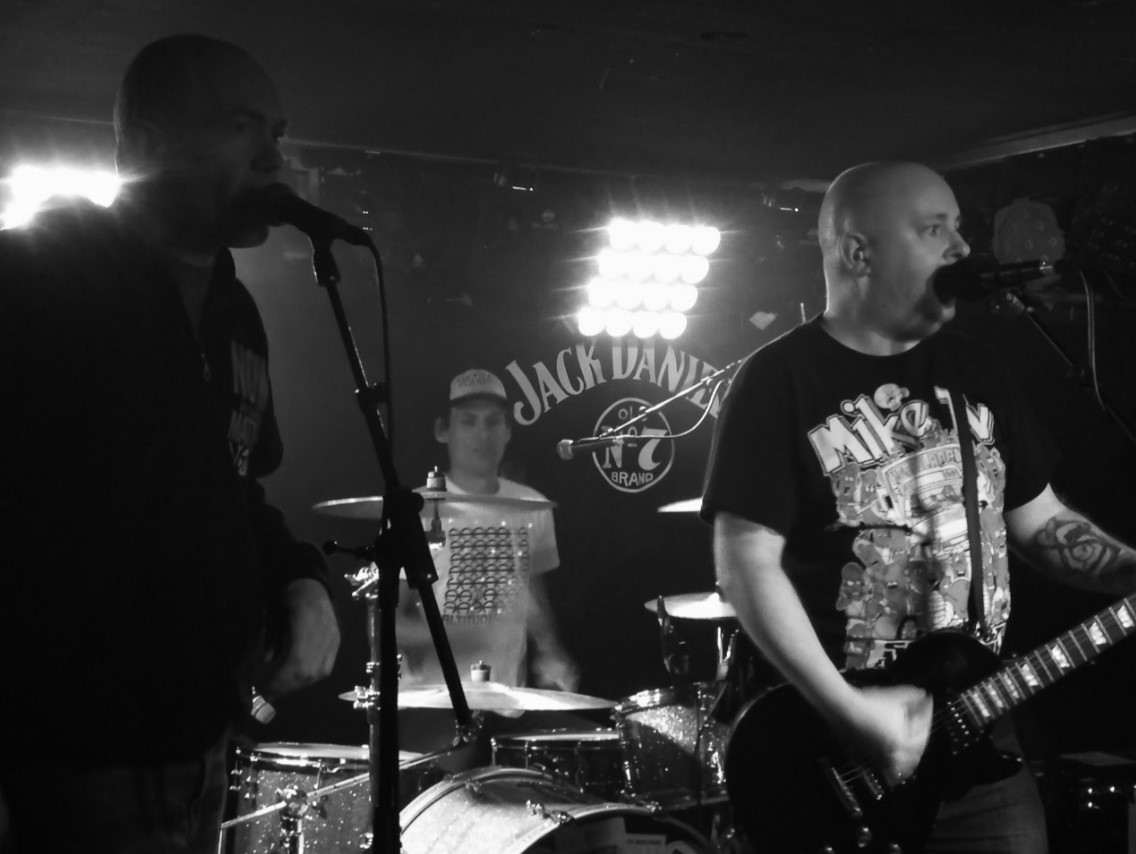 It was time for F.O.D to take to the stage and they borrowed one of the guys from FOR I AM for the set. Since the release of their debut EP ‘Dance To This!’ in 2011, F.O.D. have become a household name in the Belgian punk rock scene. You can see that the band have built a steady live reputation with their catchy melodies and vocal harmonies (two male singers in unison). Their first video, the instant pop-punk anthem ‘Carry on’ became a classic among the scene. But tonight I particularly liked their tracks called ‘41’ and ‘Crew You’, both appearing on their latest album entitled ‘Harvest’ – worth checking out I’d say.

So overall, not a romantic Valentines Day, but a happy one!
More info on F.O.D, try these: www.facebook.com/fodbook https://fodmusic.bandcamp.com/ 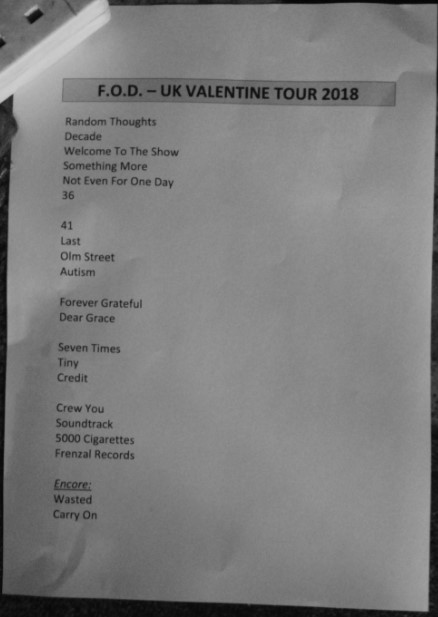