Neighbours of a recycling plant are fighting its request to allow skip wagons to leave its site as early as 6.45am, saying the noise will wake them up and ‘degrade’ their lives. 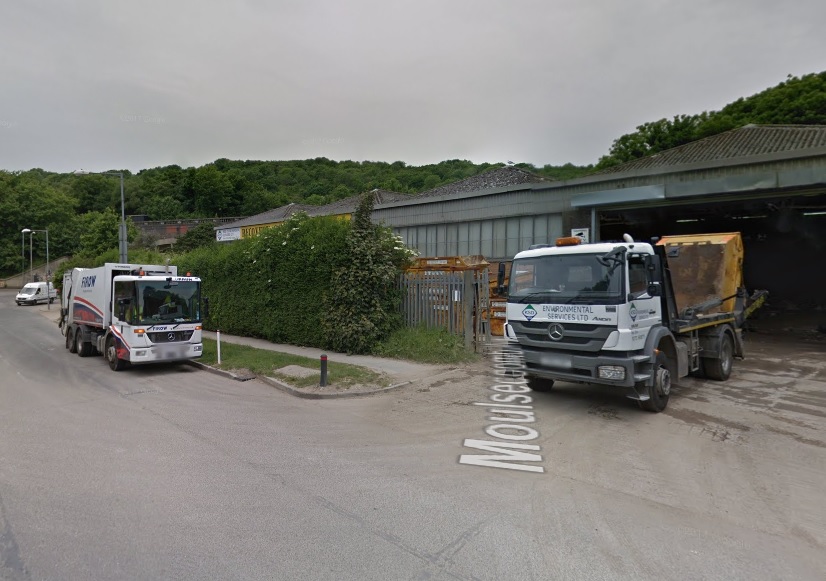 Private waste contractor KSD Environmental is currently not allowed to send wagons and waste collection trucks out of its depot in Moulsecoomb Way before 8am.

It says that following the closure of local recycling processing plants, the waste it collects needs to travel further and so needs to be collected and sorted earlier in the day, and has applied to have the 8am planning restriction lifted.

But neighbours say they already put up with high levels of noise and dust, and just weeks after the application was submitted, several have objected.

One, Linda Freston, says the vehicles yard is just 10m away from her bedroom in Railway Cottages, Lewes Road.

She said: “The proposed amendment to hours of operation would result in increased noise and disturbance at an antisocial hour from waste collection vehicle engines and from the loud alarms many vehicles have to signal manoeuvres. ”

Her neighbours Steven and Shirley Smart said: “The loading and movement of the metal skips creates loud noises, bangs, crashes and thumps which are heard and felt in our house. The acoustic wall is damaged making it a less effective sound barrier.

“If extended these operations will be detrimental to our quality of living.”

And William Grist, who lives in Broadfields, said: “I remember life before this noisy and airborne dust degraded our lives from day one and all residents have campaigned to no avail over many years. It’s an absolute disgrace on Brighton Council to even condone its present use.

“This application will add to their working hours and as usual increase noise with disregard to people who live within a few yards. My suggestion is to enforce current agreement not to pander to a uncaring operator.

“The noise and dust goes way beyond, and shutters should be kept closed – the past two years they have been kept open and emitting airborne dust by the cloud and immense noise from a mechanical digger.”

Their concerns are echoed by ward councillor Anne Meadows, who said: “This planning application should not be allowed as the hours of use should not impinge on residents health .

“With a sheltered housing scheme just across the road and residents right next door to the site, these increased hours of lorries using the site will be detrimental to the residents who live next door.

“There have been many complaints about the large lorries that use this site with the increasing dust pollution which has impacted on residents health. This application should be refused.”

As part of the planning application, KSD has submitted a noise impact assessment which states that the noise of the skip wagons leaving and the shutter door closing are not significantly louder than traffic noise between 6.45am and 8am.

The application says: “Being one of the few waste recycling operations within the city, the operator wishes to be able to release a limited number of waste collection vehicles from the site, where they are parked overnight, for two 15 minute periods between 6.45am and 8am, so as to reduce congestion and limit the movement of HGVs under its control during, and leading up to, the ‘rush hour’ and the local school run.

“This will also enable the customer base within the city to be serviced at hours that encounter less congestion.

“The need for this has arisen as over time local outlets for residues from processing have closed and so residues now have to travel further afield. This means that waste collected from customers in the city must return to the depot earlier for the waste to be processed, allowing the resulting residues to be removed in time to arrive at the receiving sites on a daily basis.

“Timely and frequent removal of residues is essential to the smooth operation of the recycling process, ensuring that landfill diversion and recycling rates can be maintained.”

The site has been used for waste transfer since 2003, and before that it was a bus depot.