The fire service element of council tax bills is to go up by almost 3 per cent in Brighton and Hove from April.

Part of the rise will go towards the cost of installing sprinklers in high-rise buildings in response to the Grenfell Tower fire last June.

And Preston Circus Fire Station is in line for a £2.6 million modernisation after previous plans to sell the site and move fire crews elsewhere were shelved.

The fire authority said that it was providing its 24/7 service for the equivalent of £1.75 a week for those with a band D property.

The precept was set when the fire authority met on Thursday (15 February) at County Hall in Lewes.

The fire authority said: “The decision comes as part of measures to to help provide financial stability for the fire and rescue service at a time when funding from central government has been reduced even further.

“The additional income from council tax along with planned savings of £700,000 will help us to balance the authority’s budget and will enable us to continue to invest in the service’s life-saving work as set out in our Integrated Risk Management Plan.

“The authority has successfully made total savings of £8.1m since 2010-11 and this has helped us protect frontline services while core funding from central government has been cut significantly.

“East Sussex Fire Authority will be investing £200,000 of the additional income it receives in match funding the installation of sprinkler systems in local high-rise residential buildings.

The fire authority said that it was committed to making better use of its existing buildings.

In the past year it has moved its headquarters from Eastbourne and now shares premises with Sussex Police at the force’s Lewes HQ.

The fire authority sold its old HQ for £4.4 million and will use the proceeds to fund improvements to other buildings, including a £2.6 million refurbishment of Preston Circus Fire Station in Brighton. 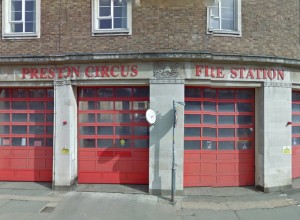 Bosses are looking at whether there is scope for more sharing of premises as a way of reducing costs to the taxpayer.

The budget for the fire service over the coming year has been set at £38.2 million, with government contributing £3.7 million in grants.

The council tax precept will raise £26.5 million and £7.9 million will come from business rates.

The biggest item of spending will be the wage bill of £27.2 million.

The final council tax rate for the area is due to be set on Thursday (22 February) by Brighton and Hove City Council.

The budget council meeting is at Hove Town Hall at 4.30pm. The meeting is open to the public.