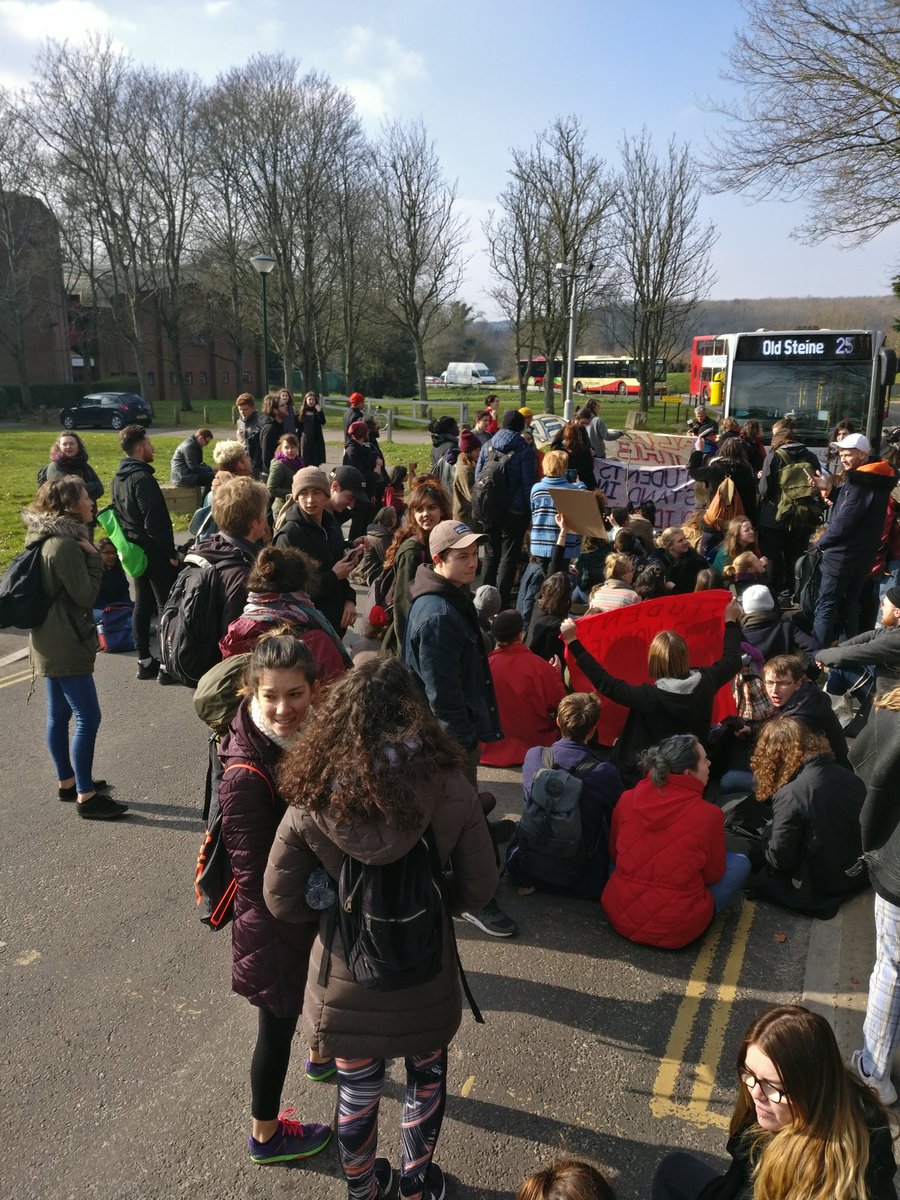 Bus drivers had announced their intention to respect the picket line prior to the strike, but university management asked the Brighton and Hove Bus Company to resume its usual route around 11am.

When the buses re-entered campus, over 200 Sussex students were marching in solidarity with lecturers who are taking part in national University and College Union (UCU) industrial action.

Students sat in the road beside the picket line, bringing buses to a standstill but letting students with assessments through. They waved banners with slogans including Back 2 bed 4 the strike and Student staff solidarity, and complained to both the bus company and the university management.

Brighton and Hove Buses explained on Twitter: “Originally, we weren’t entering the University of Sussex campus due to the industrial action. However, we recently received contact from the University who told us that they would like buses on the campus.”

When asked about the decision to ask that bus drivers cross the picket line, a Brighton and Hove Bus Company spokesperson said on Twitter: “The instruction has come directly from the university – all complaints would need to be directed to them.”

A University spokesperson told Brighton and Hove News that the university’s request buses cross the picket line was only short-term.

A spokesman said: “Buses were advised not to come onto campus today. There was a temporary change this morning as we were concerned about congestion on the A27 slip-road, but we quickly rectified this.

“We have an excellent relationship with Brighton and Hove Buses and respect the wishes of drivers not to cross picket lines.”

Bus services 23, 25, 24X and 50U, which run through the university campus, will be disrupted until the start of service on Saturday 24 February out of the drivers’ support for the picket lines.

After the Brighton Academy stop, buses will continue along the slip road and onto the A27, where they will serve the Falmer Station bus stop. All services will then continue over to Brighton University Falmer campus before they proceed to Falmer Station as normal.