A Brighton man’s parents are reported to have sued an American tour operator over his death after the Grand Canyon helicopter crash. 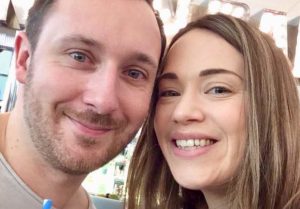 Jonathan Udall, 31, was on honeymoon with his 29-year-old wife Ellie Milward when they went on the fatal flight.

Three of their friends died in the crash – brothers Jason and Stuart Hill, from Worthing, and Stuart’s girlfriend Becky Dobson. They were celebrating Stuart Hill’s 30th birthday.

The newlywed Udalls survived the crash but suffered serious burns and died in hospital.

They say that their son could have survived the crash on Saturday 10 February if the helicopter had had a crash-resistant fuel tank.

American aviation lawyer Gary Robb, an expert in helicopter cases, was reported to have said: “Mr and Mrs Udall deeply grieve for the loss of their son but their primary motivation now is to prevent anyone else from having to suffer the deadly burn injuries as their son did.

“If this helicopter had been properly equipped with a crash-resistant fuel system, it would have allowed this young man to walk away injury-free.”

The claim also alleges negligence on the part of pilot Scott Booth, who survived the crash and remains in hospital in a critical condition.

Jon Udall spent eight hours trapped in the helicopter wreckage after the crash. Ellie was thrown clear but also faced an agonisingly long wait to be rescued.

The Udalls died from complications resulting from their burns, according to Clark County coroner John Fudenberg.

Jason Hill, 32, Stuart Hill, 30, and 27-year-old Becky Dobson died at the scene as a result of multiple injuries.

A sixth Briton, their friend Jennifer Barham, 39, was rescued and flown to University Medical Centre, in Las Vegas, where she was described as being in a critical condition.