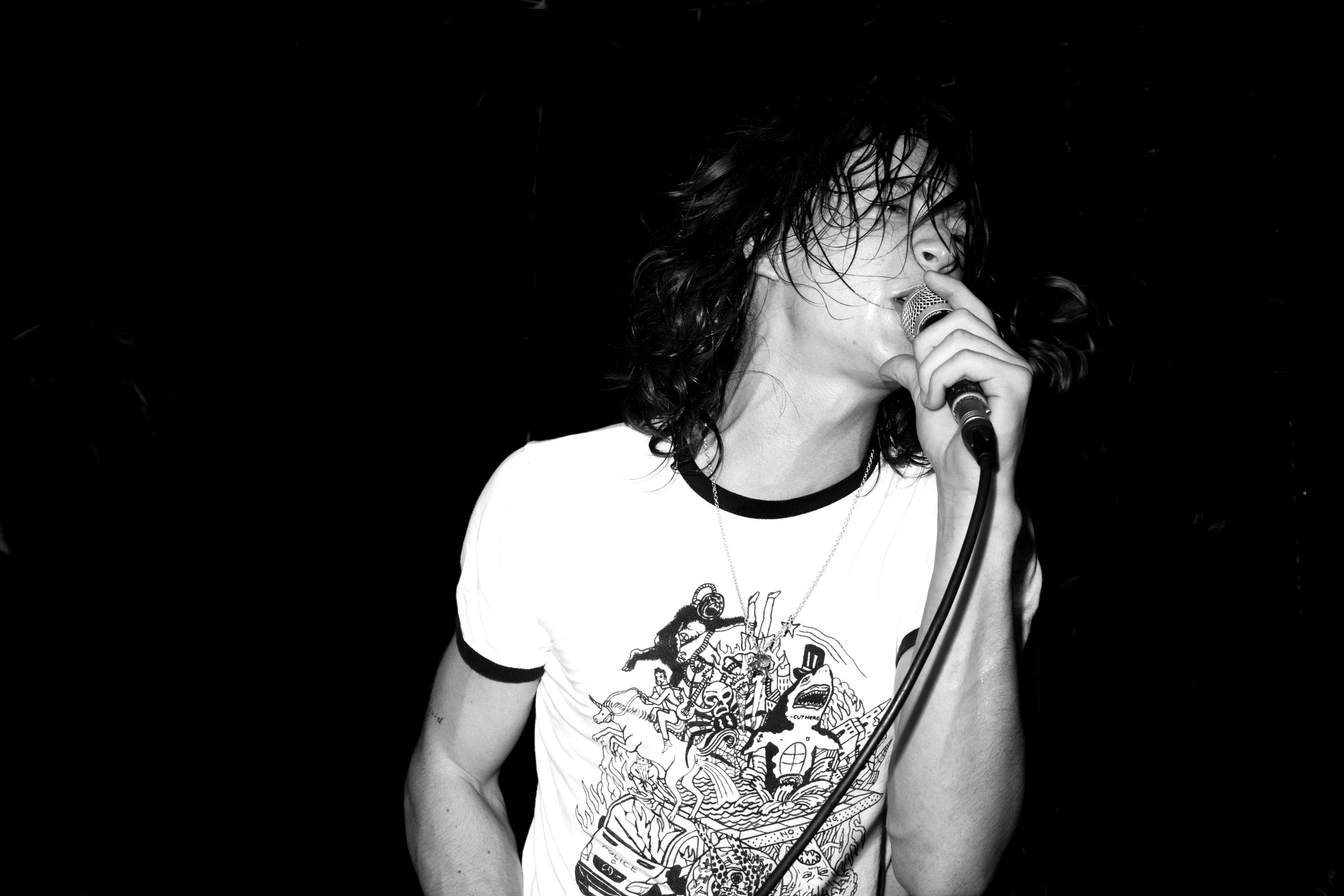 Brighton based 5-piece White Room are a 5 piece psych rock/experimental band and they have today uploaded their new video here which was filmed on the Brighton seafront and it features the beautiful, original Victorian era carousel. “They constantly ramped up spinning of the carousel, the saturated colours and the lights, all pull together to create a perpetual mad-land, in which we are willingly trapped, descending further into insanity’s grip” stated the band. 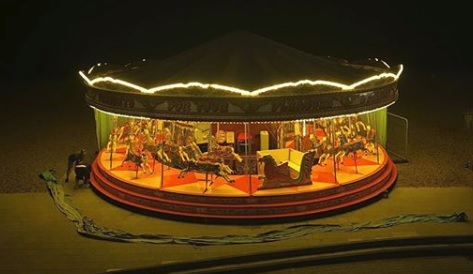 Jake Smallwood (Vocals), Jacob Newman (Guitar), Tristan Sava (Guitar/keys), Josie McNamara (Bass) and Hen Sava (Drums) would like to express their special thanks to Owen Smith at Brighton Carousel for allowing to film their video. 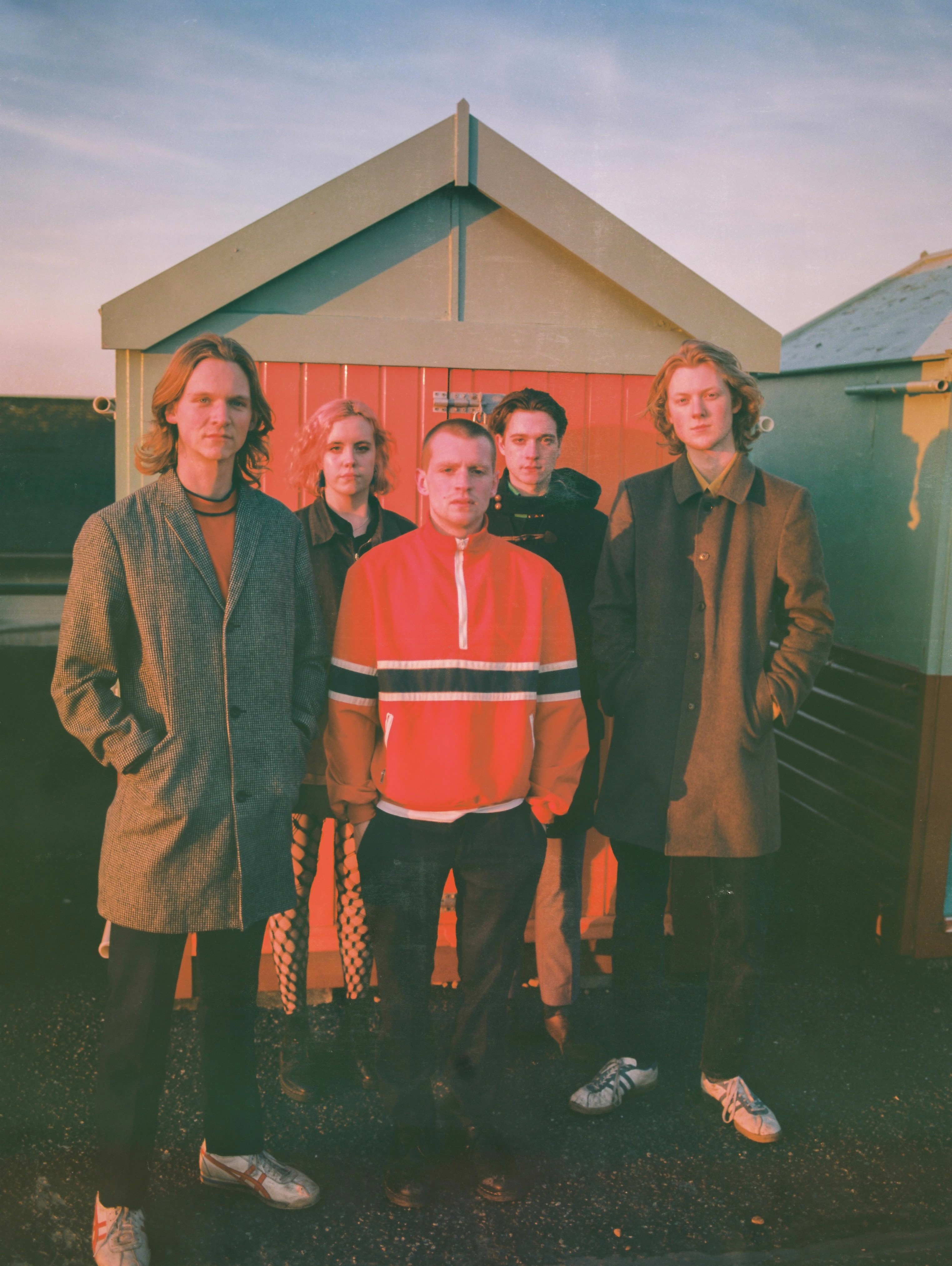 The end of 2017 saw White Room release their most genuine and polished work to date, “Eight”, a (you guessed it) 8-track double EP; a conceptual creation which interlocks thematically through its lyrics, and inspired partly by the number 8 itself. The number of infinity, it signifies positivity in the universe, joy, strength, balance and power in unity. Given the current social and political climate of the world and the uncertainty we all live with, whoever you are, wherever you are, everybody needs a way to break away from it all, even if only momentarily. These are songs of invitation to escape, speaking of other places, to whatever or wherever your personal utopia may be.

Renowned for their enigmatic and exciting live performances, 2017 saw White Room tour with Paul Weller (who incidentally said of White Room “they just get better and better, and Twisted Celebration is one of the best things they’ve done so far”). White Room also played numerous festivals and finished the year with a UK tour where they performed “Eight” in its entirety to sold out crowds.

This month sees the band play their biggest headline shows to date, with an outing at Patterns Brighton on Thursday 15th March and Moth Club in London the following day. 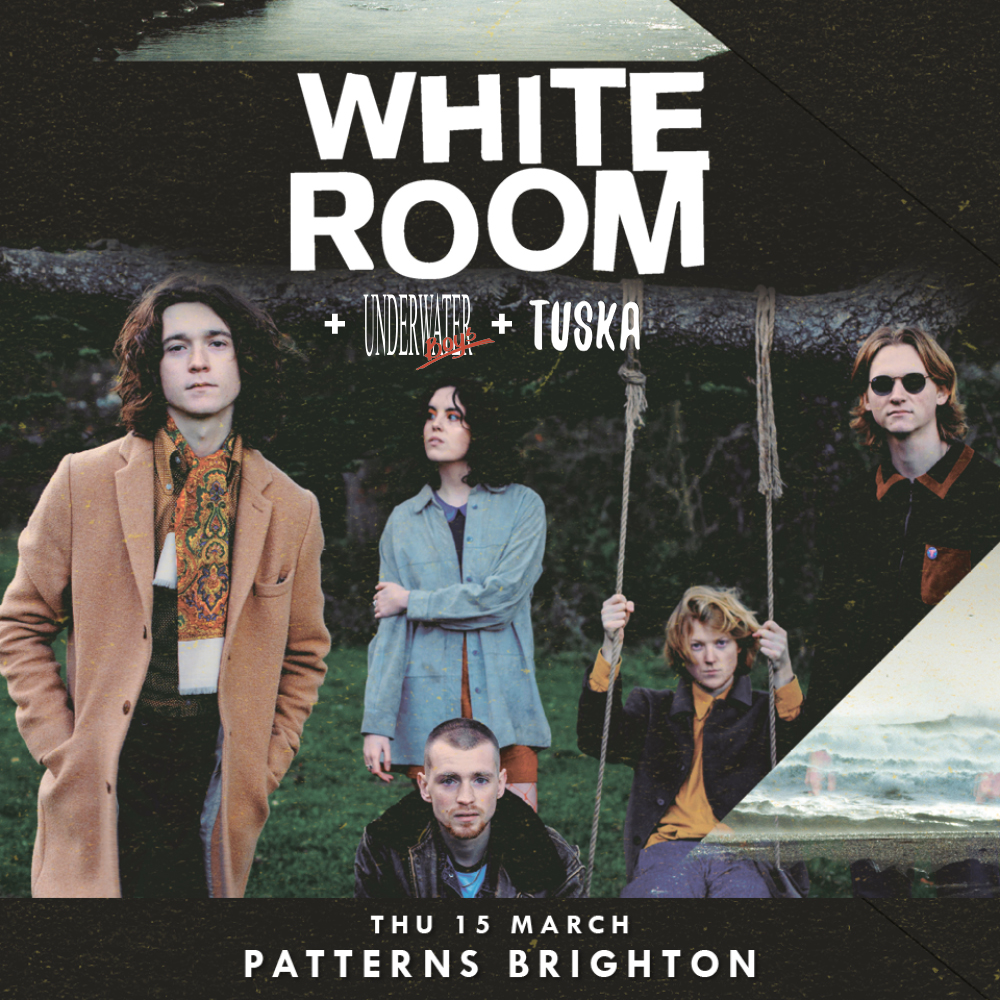 Fancy seeing them live, but want to know more? Well this is what others have said:
“It’ll sweep you off your feet and into a psychedelic vortex” DIY Magazine.
“Superb psychedelic pop music with a touch of dirt under it’s fingernails” Clash.
“Your new favourite Rock’n’Roll band” Wonderland.

My current fave White Room track can been seen here. 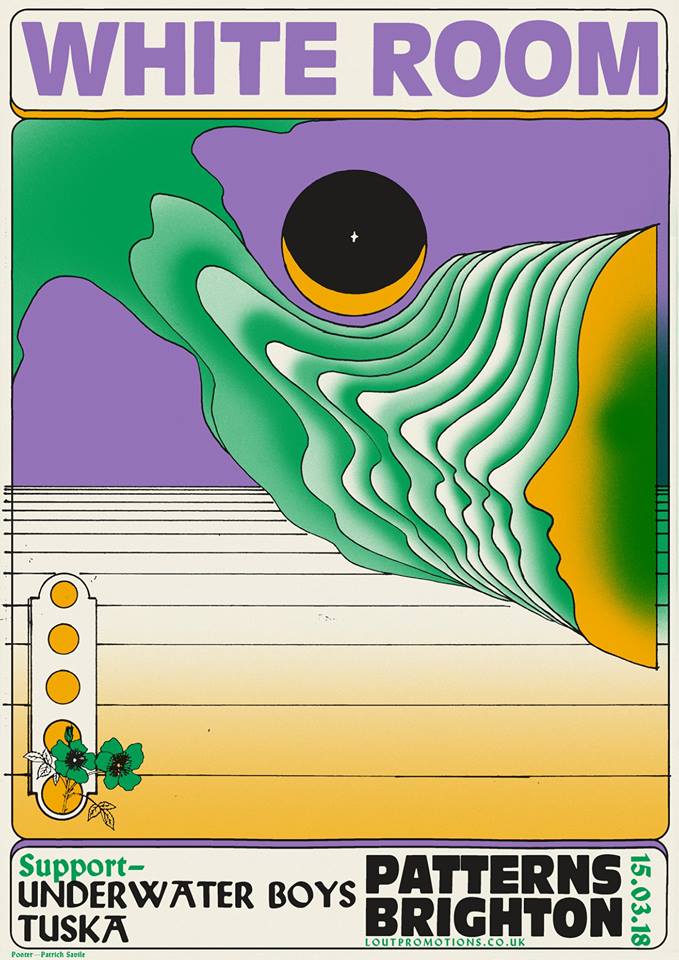