Brighton Pavilion MP Caroline Lucas asked an “urgent question” about claims that House of Commons staff had been bullied and suffered sexual harassment.

Permission to ask the question about bullying by MPs was granted by the Commons speaker John Bercow who is one of those accused of bullying in the past week. He denies the claims.

Ms Lucas was a member of a cross-party group chaired by the Leader of the Commons Andrea Leadsom which tightened up protection for staff.

But Ms Lucas repeated her concerns spelt out a month ago when rule changes were published that the reforms didn’t go far enough.

Others also expressed concern that while better protection was given to MPs’ staff, it didn’t stretch to staff known as clerks who are employed directly by the House of Commons.

Ms Lucas told the Commons yesterday (Monday 12 March): “This is not about party politics and it is not about political gain. It is about doing the right thing by the staff who support us on a daily basis and ensuring that the House of Commons leads by example when it comes to robustly tackling workplace bullying and sexual misconduct.

“Members and the public will have been shocked by the revelations of bullying at Westminster that were highlighted by Newsnight (the BBC TV programme) last week.

“I commend the Leader of the House for her ongoing work to establish an independent complaints and grievance procedure.

“The need for that arose in part because the 2014 Respect policy did not apply to large numbers of those working in Parliament.

“There are now considerable grounds to assert that that same Respect policy does not have the confidence of the staff that it is intended to protect and that the new independent procedure must immediately be expanded to avoid a two-tier system.

“I am grateful that the Leader of the House broadly agrees with that – and I am pleased to hear about the new short inquiry – but will she also confirm specifically that there will be a presumption in favour of historical allegations being thoroughly investigated, should those affected choose to make formal complaints, either under the Respect policy or the new procedure?

“Will she acknowledge that the positive work that she has led to date risks being undermined if we continue to allow sanctions to be determined by a committee on which MPs effectively hold all the power?

“Will she agree that the whole process, including sanctions, must be handled by an independent body?

“Will she revisit whether good employer and consent training as an important part of culture change should start before the next election?

“I think the evidence is clear that it should and, in the meantime, can she assure staff that any further complaints will be treated with the seriousness and respect that they deserve and will not be dismissed, as they were last Friday, as grotesque exaggeration?” 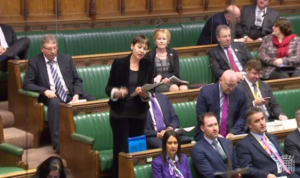 Mrs Leadsom said: “I am grateful to the honourable lady for her question. She and I worked together on the cross-party working group on an independent complaints and grievance policy. I thank her sincerely for her work on it.

“Reports of bullying of House staff are of huge concern to me and to honourable members right across the House.

“I am committed to stamping out all kinds of bullying and harassment in Parliament in order to create an environment in which everyone feels safe and is treated with the respect and dignity they deserve.

“We can only achieve our goals in this House with the support of others. A great debt of gratitude is owed by us all to the House staff who support us behind the scenes.

“The House will be aware that significant progress has been made in recent months, following the shocking reports at the end of last year of sexual harassment, bullying and intimidation in this place.

“The working group I chaired, set up by the Prime Minister, has now published its report and it has been agreed by both Houses.

“The work streams are now in place to get the new independent complaints procedure up and running within the next three months. 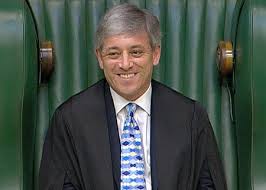 “The honourable lady will recall that the working group wanted House staff to be included in the new complaints procedure from day one.

“However, following evidence taken, and in consultation with the trade union representatives of House staff, it was agreed that the staff of the House would not immediately be covered by the new independent procedure because they were already covered by the House’s own Respect policy.

“It was believed that the Respect policy was working well and that House staff were satisfied with it.

“However, it was acknowledged during the working group evidence sessions that the Respect policy did not cover complaints of sexual harassment and violence.

“The aspiration of the working group is to take up the question of whether House staff should have immediate access to the new independent complaints procedure now that the report has been agreed by both Houses.

“Following the Newsnight allegations and others, it is clear that the Respect policy may not be sufficient to protect House staff.

“I am aware that, today, the clerk of the House of Commons has written to House staff, saying that there are clearly unresolved issues over bullying and harassment, including sexual harassment, that need to be addressed and this will include a review of the Respect policy.

“The clerk of the House of Commons has also reassured staff who wish to come forward with complaints of bullying that they will be dealt with in the proper manner, with the support of their managers and colleagues. 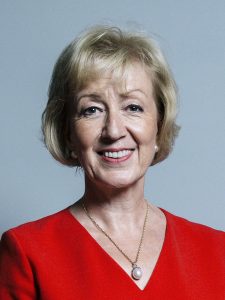 “It is right that everyone working for or with Parliament, regardless of position or seniority, should have the same rights and protections and should be held to the same high standards.

“The House Commission next meets on Monday 19 March and I have given notice to my fellow members that I will be recommending a short, independently led inquiry by the House Commission looking into allegations of systemic bullying of parliamentary staff.

“I will propose that the inquiry should hear from past and current staff members about their experiences and help to provide them with closure wherever possible.

“I will also propose that it should take soundings from current and former House staff on whether the Respect policy is fit for purpose and whether House staff would be better served by having access to the new independent complaints and grievance policy from day one.

“Mr Speaker, I am more determined than ever that we banish all kinds of harassment and bullying from this place, because make no mistake, there is a need for change.

“As I have already mentioned, I certainly agree with the honourable lady. It was the aspiration of the working group to cover all staff working in Parliament, including staff of the House, in our independent complaints procedure from day one.

“And I share her concern that we should now take steps to ensure that it does as soon as the independent policy is up and running which we intend to be the case within three months from now.

“The honourable lady will recall that the working group has made it clear that we will deal with historical allegations and it will be for the detailed policies and procedures of the new working group to establish how exactly that can be done. 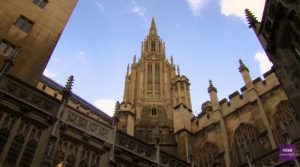 “The clerk of the House of Commons has made it clear today that he will look to reassure House staff that any historical allegations will be properly dealt with.

“The honourable lady mentioned that sanctions must be independent. That has been a core part of the work of the working group.

“We are now looking carefully at how that impacts on the work of the independent Parliamentary Commissioner for Standards and the Standards Committee itself, on which there are both parliamentary and lay members, and that work is ongoing.

“In fact, I am looking forward to meeting the Standards Committee later today to start those discussions.

“The honourable lady mentions consent training. The working group was very clear that all people, not only those who employ staff in this place but those who come into contact with others, should be very clear about what constitutes consent and precisely what does not.

“I can assure her that I am very keen to provide the carrot to ensure that people want to take up that training but, as the working group agreed, we did not have the levers at that time to make it compulsory.

“Finally, I totally share her desire to see all staff here treated with the dignity and respect that everybody in this place deserves.”