Regular readers, and my followers on Twitter, will know that one of my personal highlights during my time as council leader was to be able to play a part in the civic reception and celebration of Brighton and Hove Albion’s promotion to the Premier League last summer. 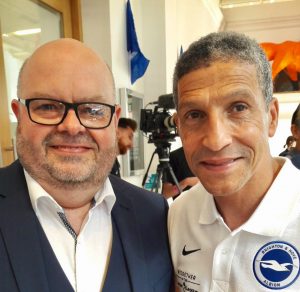 Tomorrow the Albion take on Crystal Palace, a team who, in the absence of another Football League club in the city, are our local rivals. (I hope Whitehawk continue to prosper and one day might challenge for that role.)

The Croydon-based club have been our arch-enemies since the Seventies, when I can remember some fiercely contested games both at the Goldstone and at Selhurst Park.

Too often, including recently, this rivalry has gone too far. Better a friendly rivalry played out in other ways, such as the supporter team games that raise funds for the Robert Eaton Memorial Fund, commemorating the devoted Albion fan killed in the September 11 attacks. 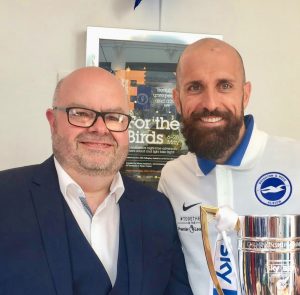 Tomorrow’s game, if it goes the Albion’s way, could effectively secure a Premier League place for next season while putting Crystal Palace at risk of relegation to the Championship.

It’s not just pride that’s at stake. Premier League status brings with it tens of millions of pounds for the local economy.

Directly and indirectly, the club’s success supports hundreds of jobs across Sussex.

Being in one of the world’s most lucrative and prestigious sporting leagues gives Brighton and Hove a global visibility and enables the club to run successful women’s, under-23s, wheelchair and disability sides alongside the first-team squad.

Albion in the Community play an invaluable role in the health and wellbeing of the city, county and city region.

It’s a century since my grandfather first began watching the Albion play and I’m not far off a half-century since attending my first game, a 2-1 win against Port Vale in March 1974 under the brief reign of the legendary Brian Clough. 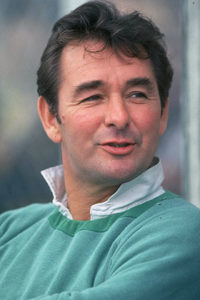 These are glory days for the Albion, ones to be savoured for fans who’ve seen much darker times for the club over the past 20 years.

For someone, tomorrow may be their first game, the first of many, and the start of a lifelong attachment to something at the heart of our community. I wish them well.