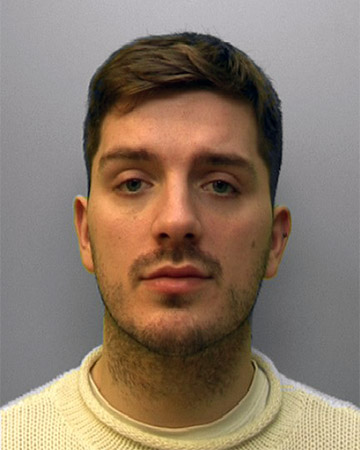 A man who set out on a deliberate campaign to infect men in Brighton with HIV has been jailed for life.

At least four of the men have contracted HIV.

Sentencing was adjourned for psychiatric reports to be prepared.

Appearing at Brighton Crown Court on Wednesday (18 April) for sentencing, Rowe was told by the judge Christine Henson that he would most probably pose a risk and danger to others for the rest of his life.

She said: “After considering all the aggrevating features and considerable premedation in this case, I sentence you to life imprisonment.”

Rowe was told he would have to serve at least a minimum of 10 years before he would be considered for release.

The seven-week trial heard that hairdresser Rowe was arrested in February 2016 after police were contacted by a health clinic in Brighton who noticed similarities in how two of their clients reported contracting HIV.

Police issued warnings to the public about an unnamed man who had been infecting people with HIV in Brighton. Articles also appeared in the national press after Rowe was named on social media.

But right from his initial interview with police, Rowe denied having HIV and denied infecting others.

He was released on police bail. However evidence also proved that he had been diagnosed with the disease in April 2015 in Edinburgh, where he was originally from. He had refused medication to treat the illness and to make him less contagious.

After he left Brighton in February last year he lived in a tent near Edinburgh and then went on to meet more men in the north east of England giving them a false name. He feared they would look him up on Google if he gave them his real name.

When police tracked him down in a house he was sharing with another man in the Wallsend area of Newcastle, he jumped out of a window and fled.

After failing to report back on police bail in November last year, Rowe was arrested a month later by police officers from Northumbria and Sussex, after several forces worked to try to locate him. He was then charged and remanded in custody on Christmas day.

The court heard that Rowe met his victims on the online dating site Grindr. He would persuade them to have unsafe sex telling them he was clean or negative for HIV or would deliberately sabotage condoms that he had used.

Afterwards he would send vindictive messages or texts to the men he had met goading them or even telling one victim after they had had sex, he was riddled with the virus.

Rowe told the jury that he researched alternative therapies online and believed that drinking his own urine daily, called urine therapy and taking herbs and oils would cure him.

During sentencing, the court heard from some of Rowe’s victims in their victim impact statements about the devastating impact of contracting HIV had had on their lives.

One victim saying: “This virus took away my parents. My biological father and mother died of AIDS when I was only a kid.

”This disease is something I never took lightly. I did everything to prevent the virus from ever catching me.

”I educated myself on safe sex and always used a condom but on 13 November 2015, Daryll Rowe decided to take that right away from me.

“A part of me died that day when I was diagnosed. The old me is no longer. The new me is constantly sad, thinking about how my life changed.

”I have been devastated by Rowe’s actions but I want to make sure that this doesn’t happen to anyone else.”

Detective Inspector Andy Wolstenholme said: “This sentence is hugely important for Rowe’s victims and the communities that he deliberately targeted.

“It will bring some closure to the victims who have been very strong and supportive through the investigation.

”The victim impact statements, which were heard in court, were incredibly moving and really conveyed the victims’ sense of betrayal at Rowe’s offences.

“By bravely giving evidence in the trial, it sends a clear message that despite the complex and highly sensitive nature of such a case, the police and prosecutors will not shy away from investigating allegations of deliberate HIV transmission in order to keep people safe.

“It is essential to acknowledge that one individual’s behaviour is in no way representative of any other individual who is living with HIV.

“Daryll Rowe was consistent in lying to his victims about having HIV, he was persistent and aggressive in wanting unprotected sex in order to infect people, and when he didn’t get what he wanted, he deliberately damaged condoms to achieve his aim.

“The victims have demonstrated real strength of character in speaking out about this, and because of this strength and the hard work of the detectives, staff and partners working on the case, a dangerous man, who betrayed the trust of many men, is now in prison.”

If you have been affected by this case and need health advice and support please visit Brighton and Hove City Council’s HIV alert. For any questions or concerns in relation to HIV you can give the Terrence Higgins Trust a call direct on 0808 8021221.

If you wish to speak to police about this investigation email brickhill@sussex.pnn.police.uk.