Brighton gig with a difference at Bella Union 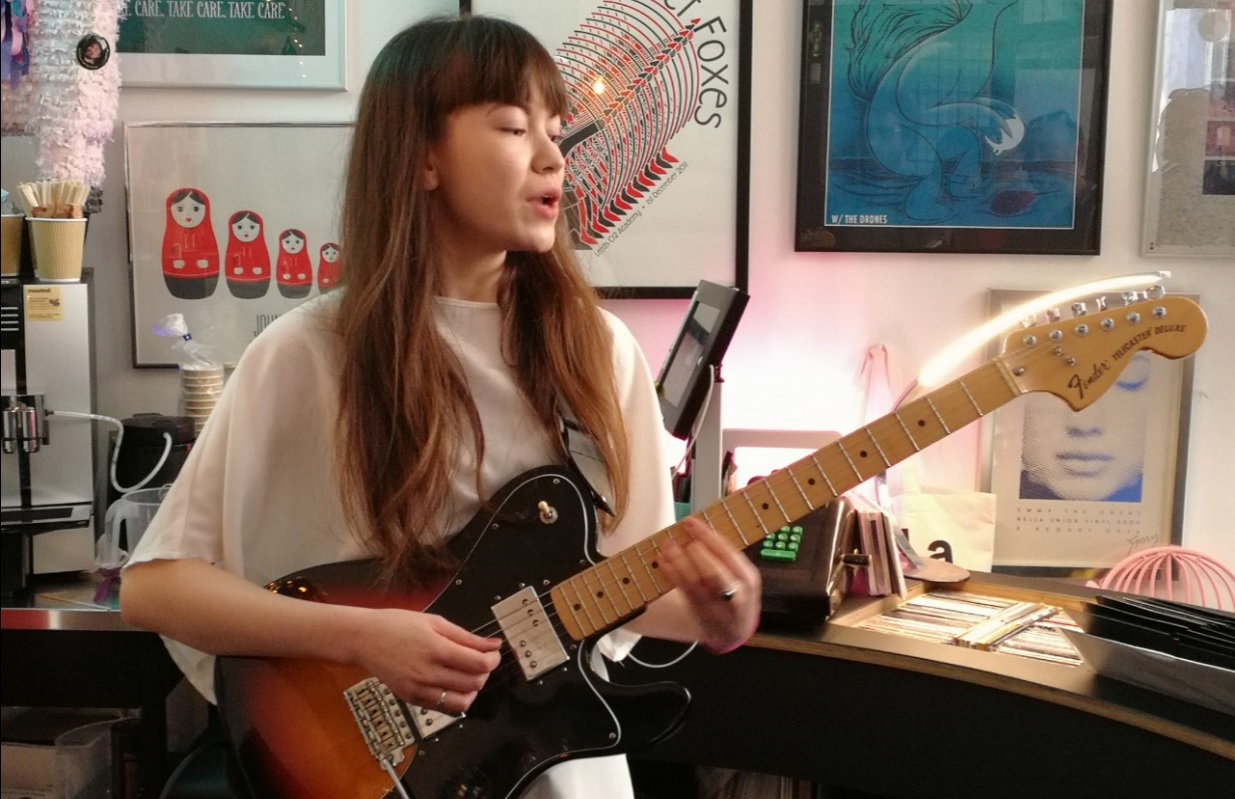 As you are probably aware that Saturday 21st April was annual Record Store Day.

It’s a celebration of the culture of the independently owned record shop. The day brings together fans, artists, and thousands of independent record stores right across the world.

A number of records are pressed specifically for Record Store Day, with a unique list of releases for each country, and are only distributed to shops participating in the event. The event began in the United States and remains headquartered there. Record Store Day has official international organizers in the United Kingdom, Ireland, France, Germany, The Netherlands, Italy, Japan, Mexico, Australia, and Spain 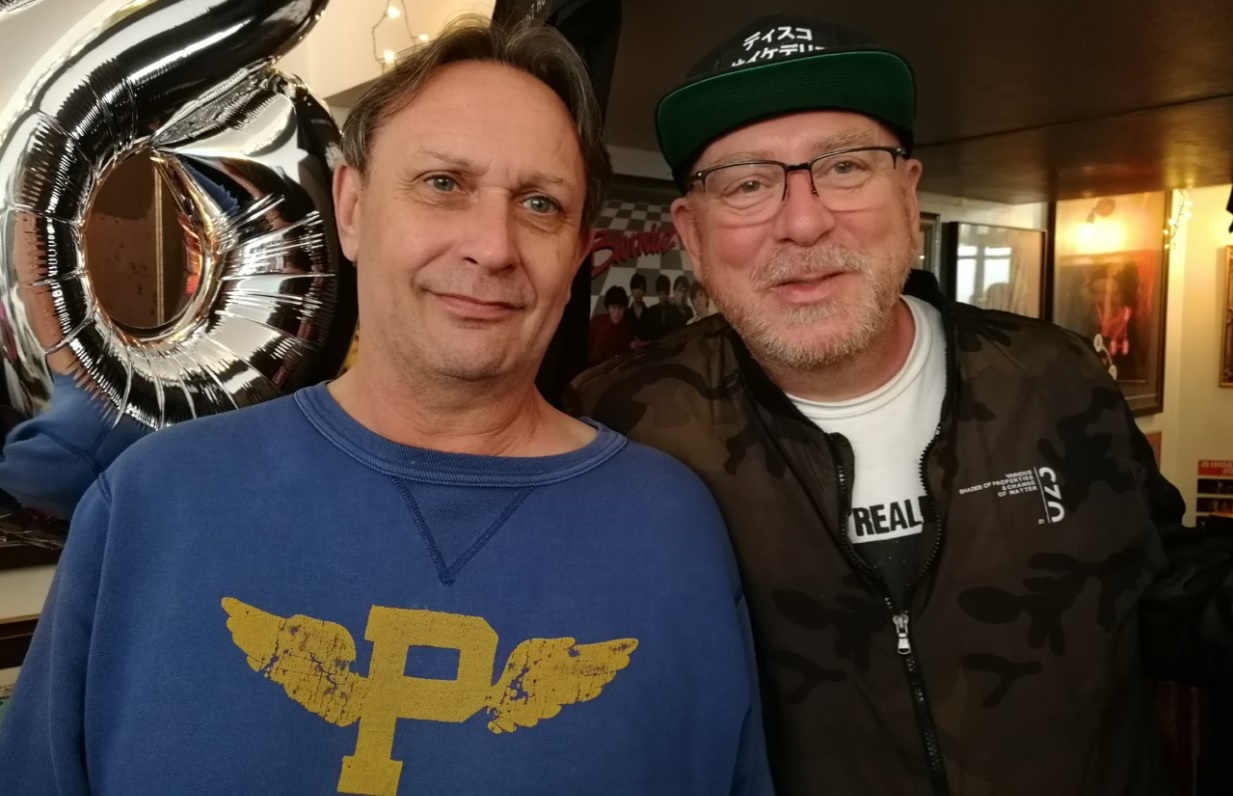 Brighton had its fair share of goings on this year, with our independent stores all vying for business. One such was Bella Union, which is not only a record shop but also a highly respected local label, run by ex-Cocteau Twins and current Lost Horizons member Simon Raymonde.

This year at the store neatly located in Ship Street Gardens, there were unique live performances from Dog In The Snow (which is the brainchild of Helen Ganya Brown) and four-piece outfit the Penelope Isles (who are Lily Wolter, Becky Redford, Jack Sowton and Jack Wolter).

Simon and his wife Abbey and their staff had organised the intimate event to run within the store. It was rather popular as many customers had to view the two performances from outside of the shop. Luckily the Brighton & Hove News Music Team got there early to secure ring side seats and thoroughly enjoyable both performances were. 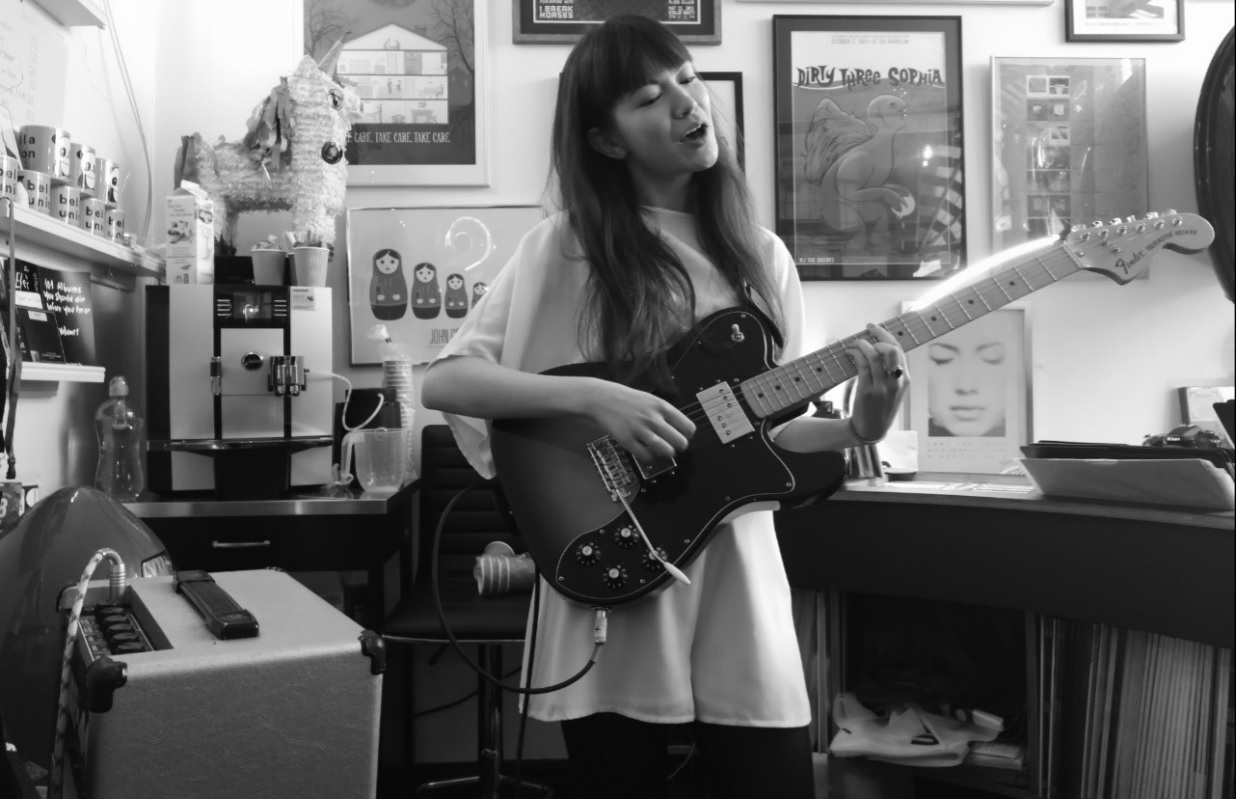 Dog In The Snow performing at the Bella Union Vinyl Shop, Brighton 21.4.18

First up was Dog In The Snow who delicately performed four lovely tunes including a cover of the Scott Walker number ‘Sleepwalkers Woman’. The other three were original compositions culled from the recent ‘Consume Me’ album. They were ‘Child’, ‘TV’ and title track ‘Consume Me’. 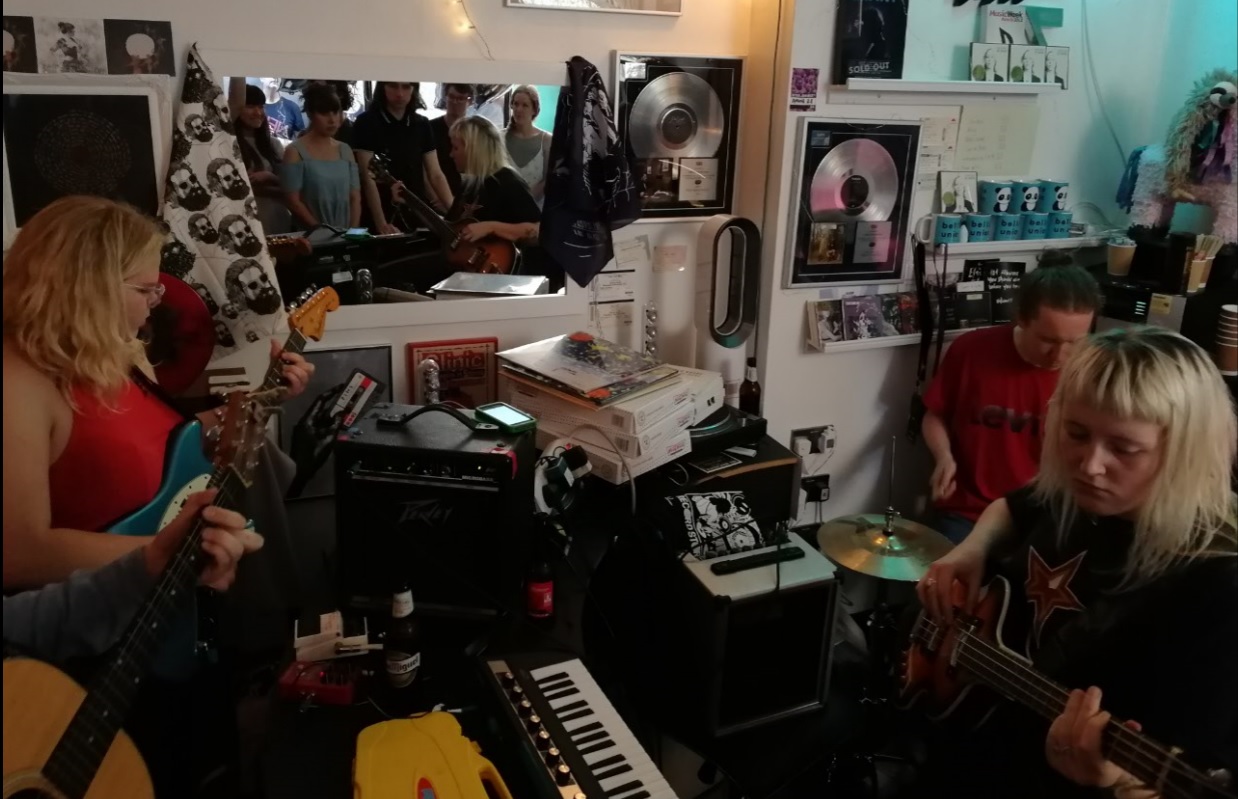 Penelope Isles were up next and with all four band members doing their thing, more quietly than usual so not to upset the neighbours, it was a bit of a tight squeeze, but thankfully they didn’t start doing any wild axeman guitar moves. The band are currently in the studio recording their forthcoming debut Bella Union album, which should hopefully be with us in a few months time. They performed five tunes for us lucky people, they were ‘Chlorine’, ‘Three’, ‘Through The Garden’, ‘Leipzig’ and ‘Cut Your Hair’.

The performances were enjoyed by the celebs and general public present and let’s hope they do the same next year – nice one! 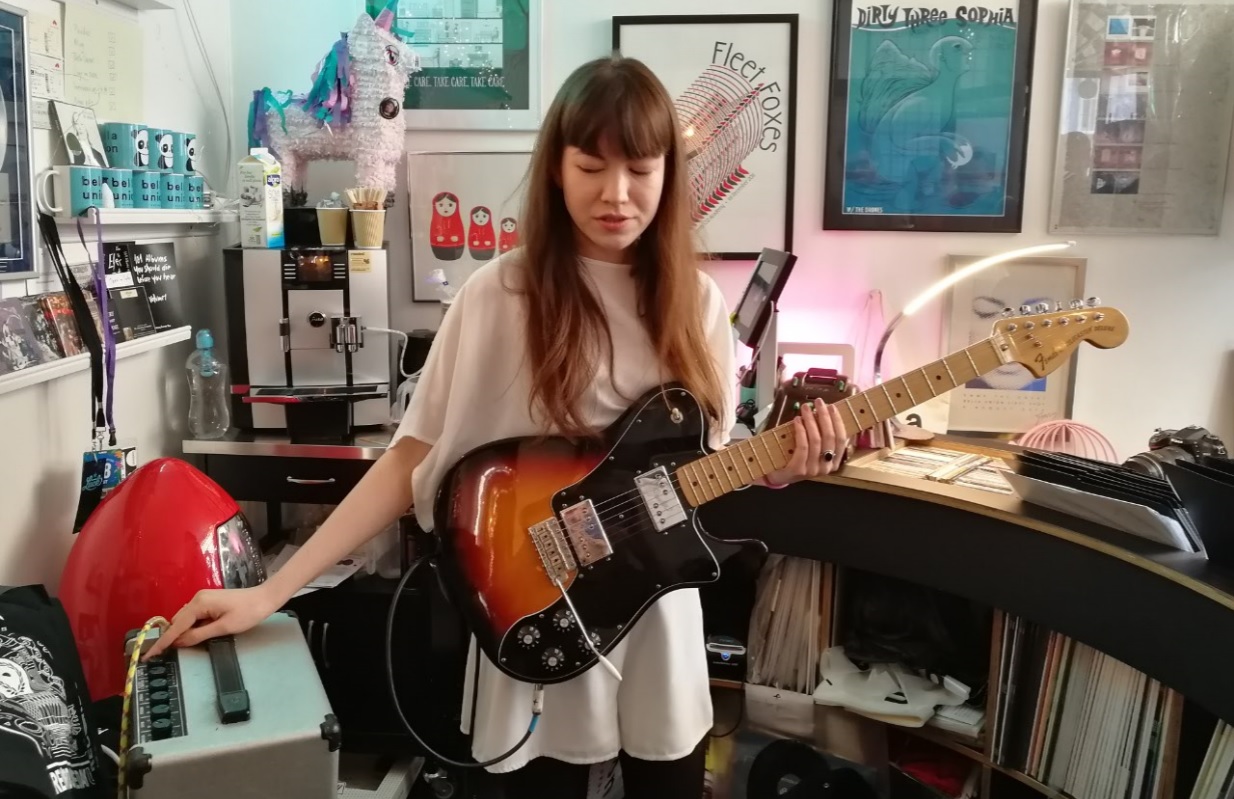 Dog In The Snow performing at the Bella Union Vinyl Shop, Brighton 21.4.18 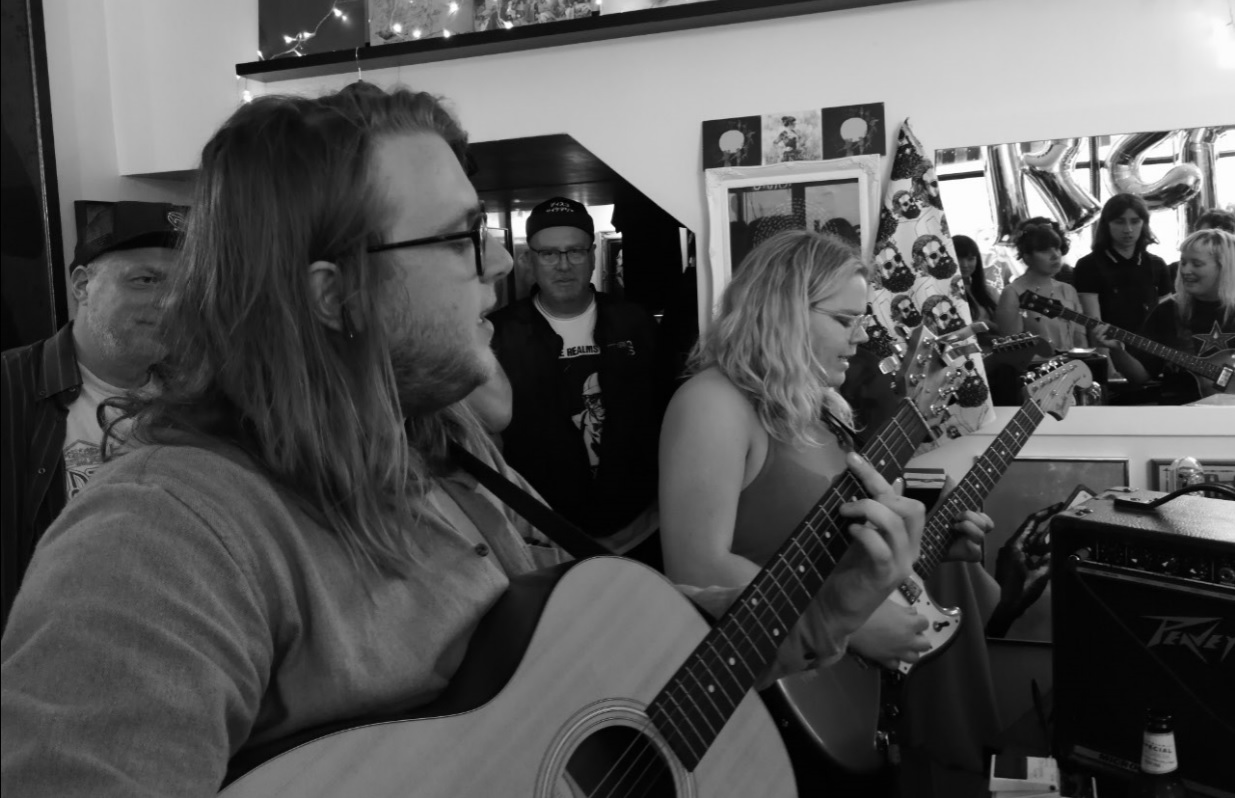 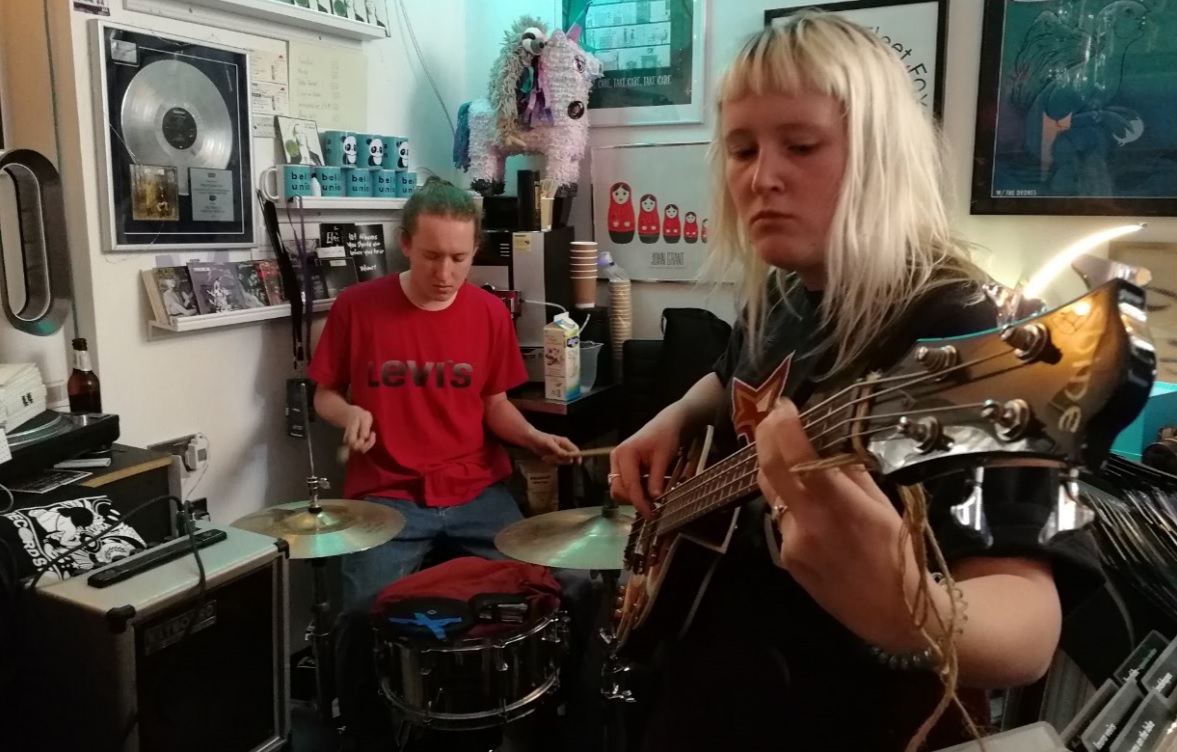