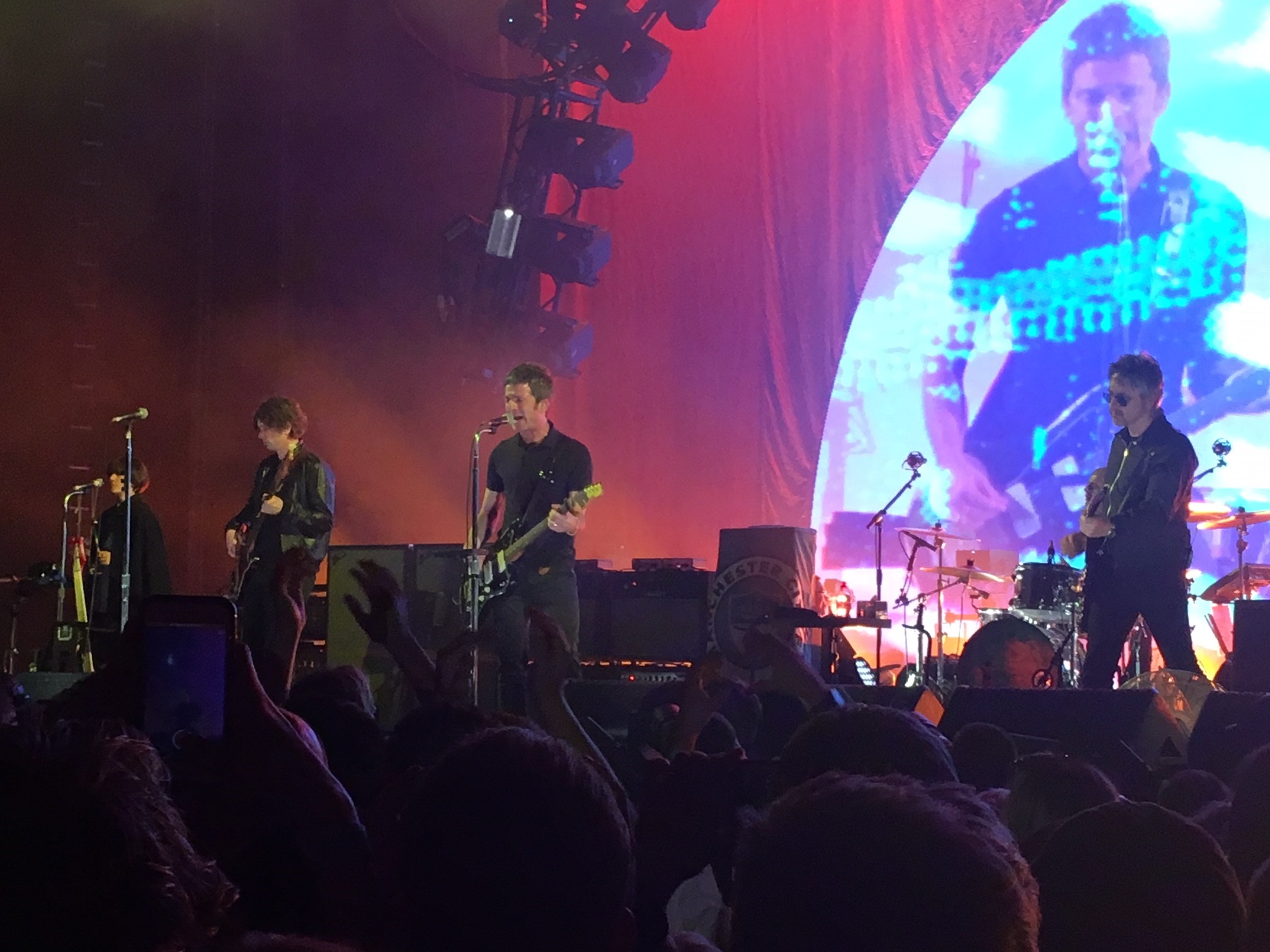 I’ve been waiting a long time to see big brother Gallagher in his solo form and the Brighton Centre is his first port of call on the UK and Irish leg of the ‘Stranded on the Earth’ World Tour. He will also headline The Downs Festival, Bristol, on 1 September, with support from none other than the Modfather himself, Paul Weller.

With three albums under their belt (the eponymously titled first album is now double platinum; the second ‘Chasing Yesterday’ is platinum, whilst his most recent ‘Who Built The Moon?’ is already at Gold status), the High Flying Birds already has a huge backlist of his own material to choose from, and then of course you can add material from Noel’s previous life in a little known band called Oasis! 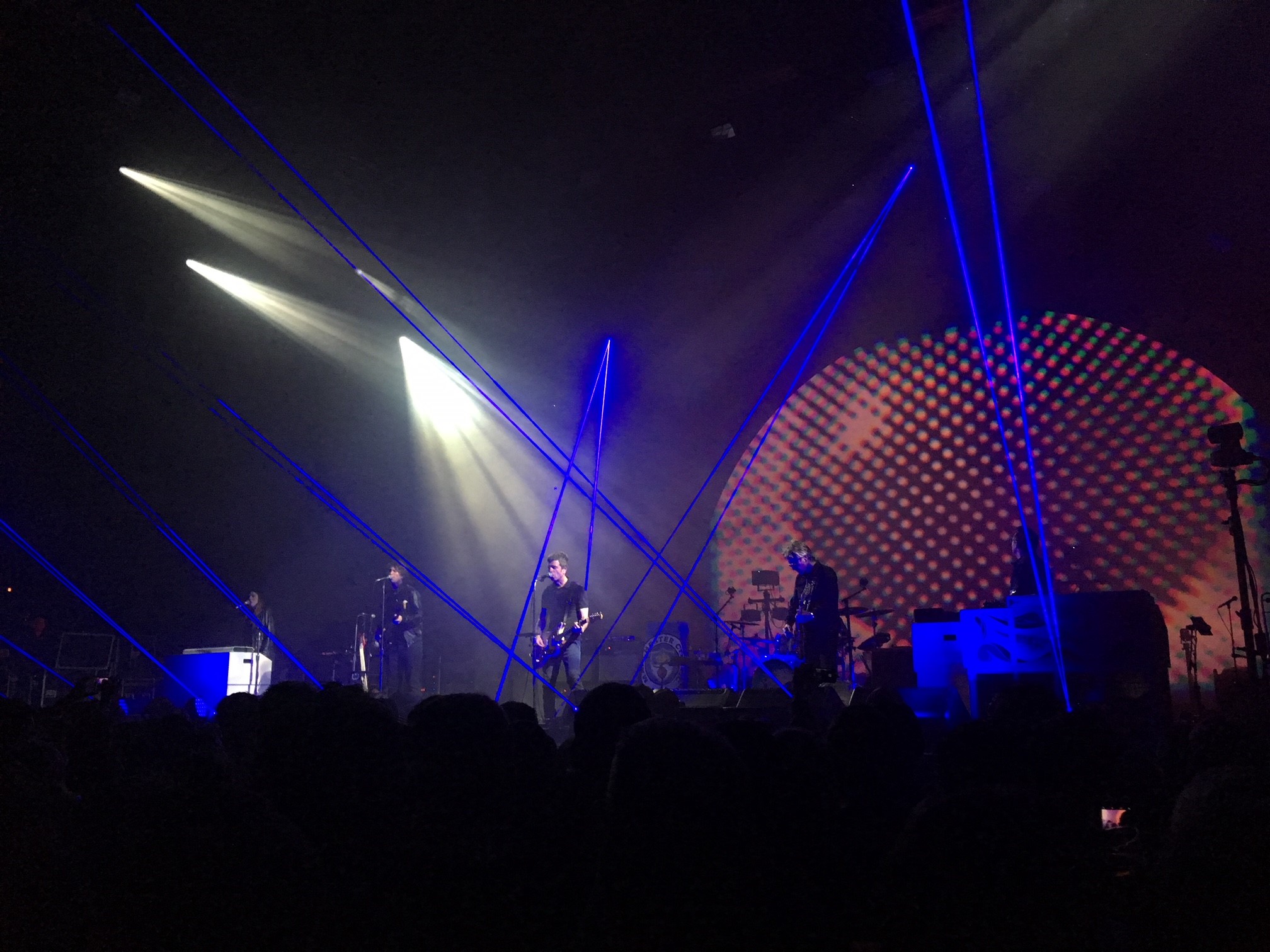 Noel didn’t say anything to the crowd (not even hello), until about 6 or 7 songs into the set, but when he did have a chat with us all, it was, as expected, witty through and through. Lot’s of football jibes with members of the audience – typical Gallagher style!

Although the stage looked sparse, once the first song began, an array of lasers and lights made an incredible show, and behind the band a huge semi circle showed live footage overlaid with animation and stills throughout the whole performance – really well put together and complementing the whole experience. It takes quite a lot to impress me these days, but it was stunning! 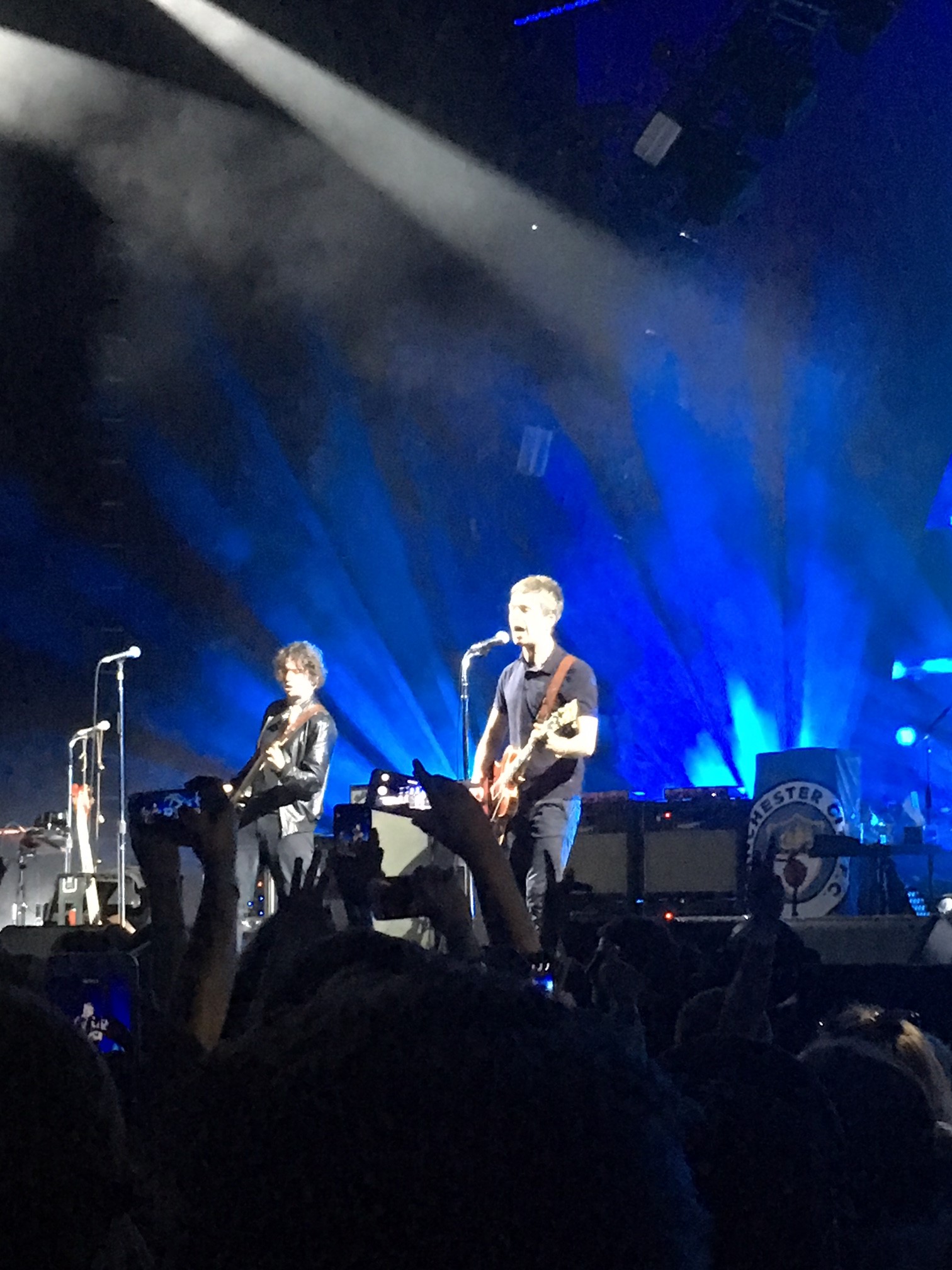 The setlist was:
‘Fort Knox’
‘Holy Mountain’
‘Keep on Reaching’
‘It’s a Beautiful World’
‘In the Heat of the Moment’
‘Riverman’
‘Ballad of the Mighty I’
‘If I Had a Gun..’
‘Dream On’
‘Little by Little’ (Oasis cover)
‘The Importance of Being Idle’ (Oasis cover)
‘If Love Is the Law’
‘Dead in the Water’
‘Be Careful What You Wish For’
‘She Taught Me How to Fly’
‘Half the World Away’ (Oasis cover)
‘Wonderwall’ (Oasis cover)
Encore:
‘The Right Stuff’
‘Go Let It Out’ (Oasis cover)
‘Don’t Look Back in Anger’ (Oasis cover)
‘All You Need Is Love’ (The Beatles cover) 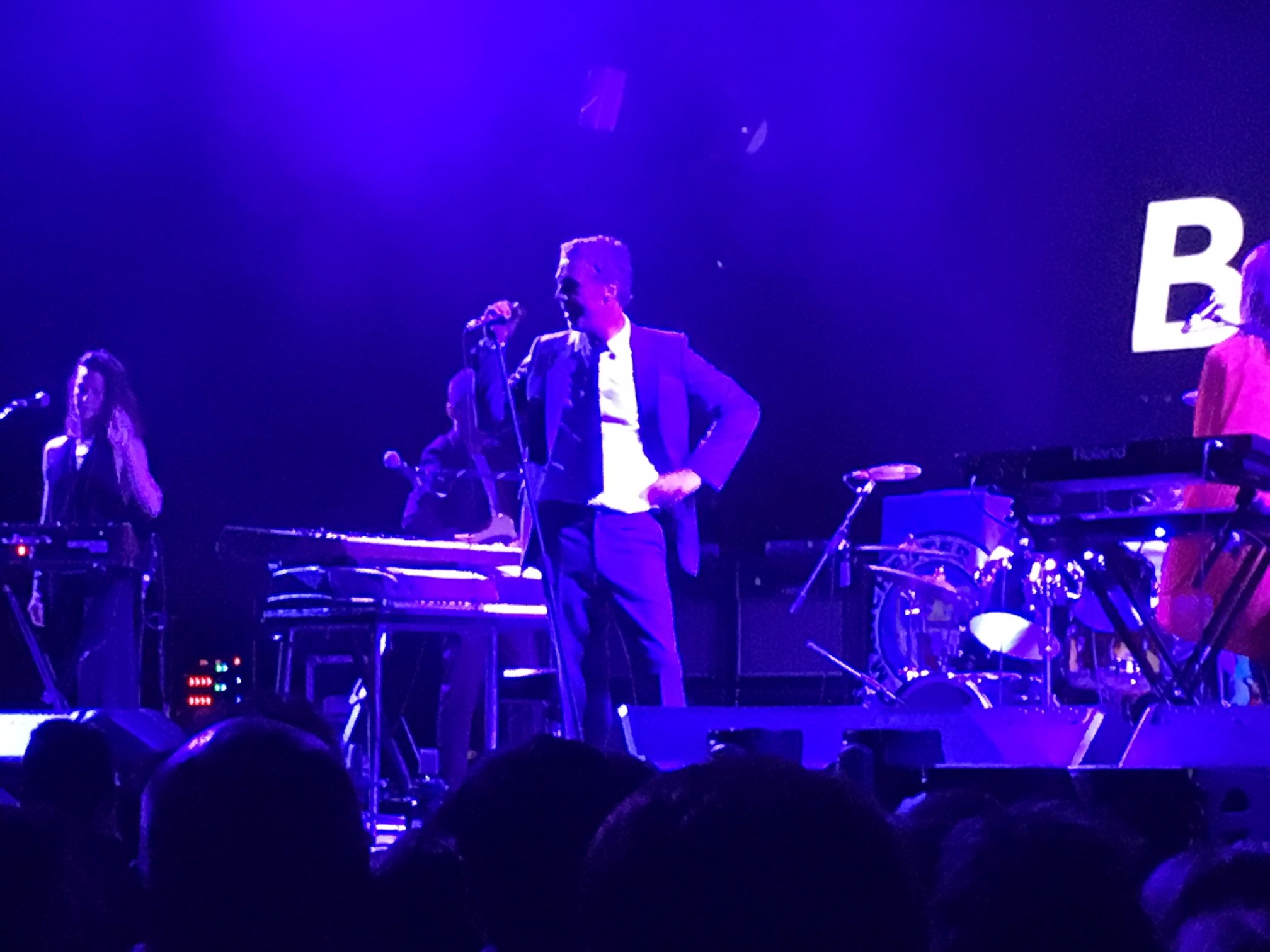 Tonight’s support was provided by Baxter Dury (son of the late, great, Ian Dury) and his band. This is the first time I have seen him live and I was impressed with his stage presence.
At times, if I half closed my eyes, I could have sworn it was his dad I was watching – the jerky movements, the gruff spoken lyrics, the way he wrapped himself around the mike stand… very spooky!

Anyway, it was a great set, with songs like ‘Picnic on the edge’, ‘Oi’ and ‘Pleasure’, Baxter moving between the mic and the piano (whilst topping up his glass of red wine!). The music was quite electronic and the band played very tightly together. The addition of two female keyboard players/backing singers added depth to the songs. I would definitely like to see him perform again…