Passengers to and from Brighton and Hove are being promised a better service from next month when “the biggest timetable shake up in rail history” takes effect. 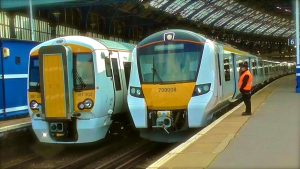 Govia Thameslink Railway (GTR) said that there would be improvements on Southern and Thameslink, with services boosted by the £7 billion Thameslink programme which includes the £1 billion modernisation of London Bridge.

The company said that 15 trains from Brighton to London Bridge would run in the morning peak period, up from five at present.

There was anger among commuters in December when the existing service was reduced.

And rush-hour trains between Hove and London Bridge will switch from Southern to Thameslink, with a new timetable.

Thameslink services diverted via Crystal Palace will start to call again at London Bridge, saving up to 15 minutes on journeys south of Blackfriars.

Meanwhile, Southern will run more trains in the evening on a number of routes and extra West Coastway trains during peak periods.

On the East Coastway the number of trains between Brighton and Lewes will rise from five to six an hour, with increased stops at Falmer and Moulsecoomb.

Trains between Brighton and Hastings will be longer and connections with high-speed services from Ashford International will also improve, GTR said, saving passengers time.

The company said that the changes across its network, which also includes the Gatwick Express and Great Northern, would affect almost a million rail journeys a day.

It said: “GTR runs up to 3,200 trains a day – one every 27 seconds – and the times of all of these will change under the improved timetable.

“The new schedule will operate from 2am on Sunday 20 May across the GTR network from as far afield as Cambridge and Peterborough to Brighton and Southampton.” 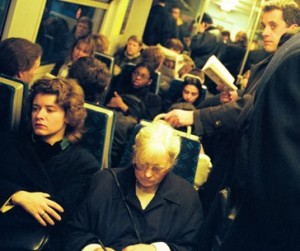 GTR chief executive Charles Horton said: “A huge number of passengers will notice the benefits in terms of new journeys, better intervals between trains, improved reliability and more capacity across a wide region.

“We are redeploying trains and crew and there may be some disruption, so we ask passengers for their understanding during the transition period of several weeks during which time a very small number of trains will not run.

“Almost a quarter of all rail journeys are taken on the GTR network and because of the necessary scale of the change we strongly urge passengers to check ahead as to how their journeys will be affected.

“Introduction of the new timetables is a major milestone in the delivery of Rail Plan 20/20, our programme to modernise rail services, taking advantage of the new infrastructure and trains provided by the Thameslink Programme.

“These changes followed the biggest and most effective consultation of its kind during which we made hundreds of amendments, some substantial, in response to 28,000 responses.”

He said that there were about 900,000 journeys a day on GTR and that the Thameslink programme had included new and longer trains, with better power supplies, extended platforms and rebuilt stations.

Track and signalling had also been renewed “to improve reliability and allow trains to travel at high-frequency through central London in ‘self-drive’ mode.”

The company has also been recruiting and training more drivers than ever, dealing with a long shortage that has added to reliability problems.