A Brighton software firm has won royal recognition, with a Queen’s Award for Innovation for a safety program designed for the military. 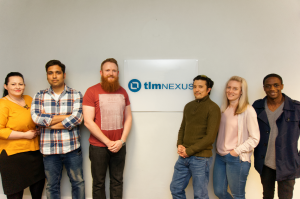 The business, tlmNEXUS, of Preston Road, Brighton, has been based in the town for more than 10 years and employs more than 70 staff.

It said that it aims to create further jobs for software engineers and other disciplines in the months and years to come.

David Appleton, from tlmNEXUS, said: “We are absolutely delighted tlmNEXUS has been recognised with a Queen’s Award for Innovation for the development of our software which helps improve safety and operational effectiveness within the MoD and its supply chain.

”It is encouraging to receive such recognition for all of our team’s hard work.”

The firm said that its best-known software, Resolve, linked all the information needed for the safety and sustained effectiveness of the majority of aircraft in the RAF fleet.

The company said: “The system represents a significant step forward in the management of safety, through-life engineering and sustained effectiveness of aircraft.

”It provides an auditable trail of information and opportunity for secure and simplified communications among the variety of collaborators involved in long-term, complex projects.”

Mr Appleton said: “When we founded the business, we had a dream to use technology to improve inefficient processes within the military, to make things run more smoothly.

”We never dreamed that a few years down the line we would be receiving royal recognition for one of our products.

“We are now exploring ways to develop our software foundations to cover land vehicles and sea vessels and we have plans to expand into other sectors where its capability could be useful for support with other long-term, complex projects.”

The Queen’s awards for business were announced to coincide with the Queen’s birthday.