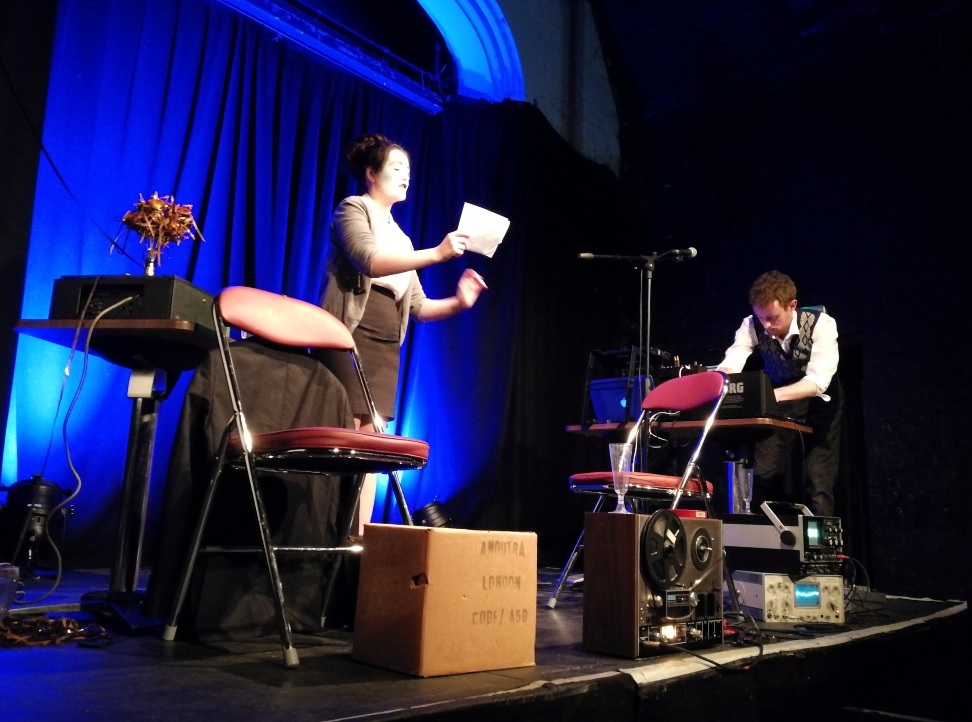 Wednesday 16th May turned out to be a rather fascinating if not busy day for some of the Brighton & Hove News review team.

It all began with this – a splendid play featuring Jessie Coller and Charles Craggs, which was taking place at the wonderful Rialto Theatre located a stone’s throw up from Brighton’s main clock tower.

I truly love this building. As you walk up the steps to the entrance and glide straight ahead, you are greeted by a room that can only be described as an art deco paradise set aboard a 1920’s ocean liner. It has such a welcoming feeling to it, that it puts one’s mind at ease and leaves the busy outside world far behind. No wonder this building can also be hired for wedding receptions, corporate functions and music concerts – it simply has the right feel.

One would surmise that those collected within this glitzy room might indeed be participating in a tipple of Gin Rickey, The South Side Fizz or Hanky Panky, but one is not so sophisticated and settled for a bottle of something a little less grand. 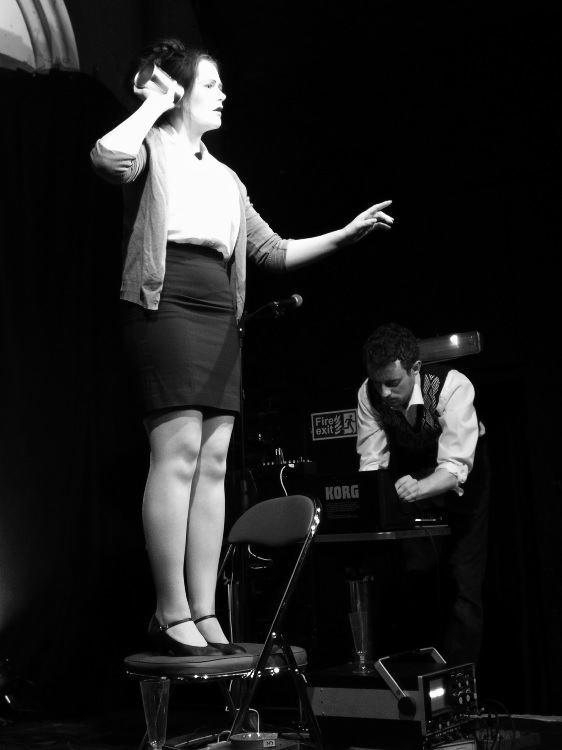 We get the call and are all invited upstairs to witness an hour of intrigue, fun and jollyment staged for us by Noctium, who are a Coventry based theatre company formed by graduates of Coventry University. Ah ha that would explain the frequent reference to the city being blitzed in 1940 within the hour-long play and the fact that Derbyshire was born there.

We are greeted by a ‘what are you lot doing here’ type of stare by Charles Craggs who is portraying Brian Hodgson. He messes with the retro analogue Korg synth and new digital music kit and and produces some fascinating sounds that sci-fi/synth fans would love.

Then, boing, from behind the curtain stage left springs Jessie Coller, who is portraying the plays central character Delia Derbyshire. You immediately notice that Ms Coller has monotone face make-up on, as if to signify those good old black and white tv days. One also becomes immediately aware that the portrayal of Miss Derbyshire is awfully posh.
This was splendid to hear as nobody really talks in a Miles Cholmondley-Warner voice anymore. There was a third person present, who did some narration behind the scenes, I surmise that this was Connor Alexander.

The basis of the play is that it is set in a small attic, packed in hundreds of cereal boxes, lies the life’s work of Delia Derbyshire – the unsung genius behind the Doctor Who theme tune and trailblazer of electronic music.

Now, I don’t want to go into too much detail regarding the performance, other than we know that Hodgson is a sound technician at the BBC and then he and Derbyshire set up Unit Delta Plus, which was an organisation which they intended to use to create and promote electronic music and they are heavily involved in the BBC Radiophonic Workshop.

You understand that Derbyshire is a very bright forward thinking lady who is ahead of/out of her time, unlike Decca Records of the same period. She is superbly portrayed by Ms Coller, who we found simply enchanting. I loved the spacey synth music too.

Before we knew it, our hour was up and that was it. I could have stayed and listened for a further hour to this interesting story, but the play was written to the point and it got across all of the salient points.

It was now teatime and we have to head off to Jubilee Square to collect our Great Escape Music Festival passes and then off to the beach after that for the opening party.

An all round fabulous day out. 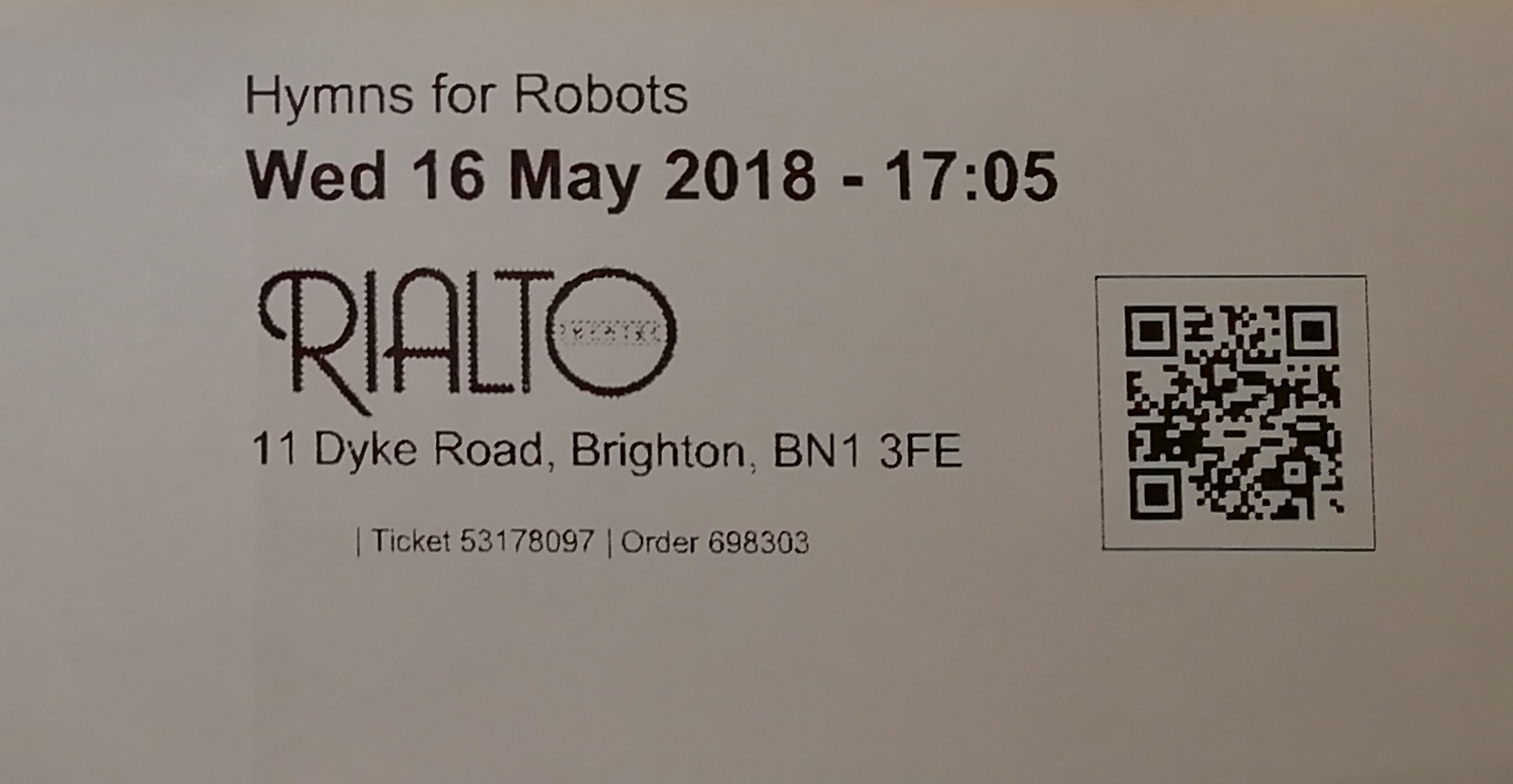